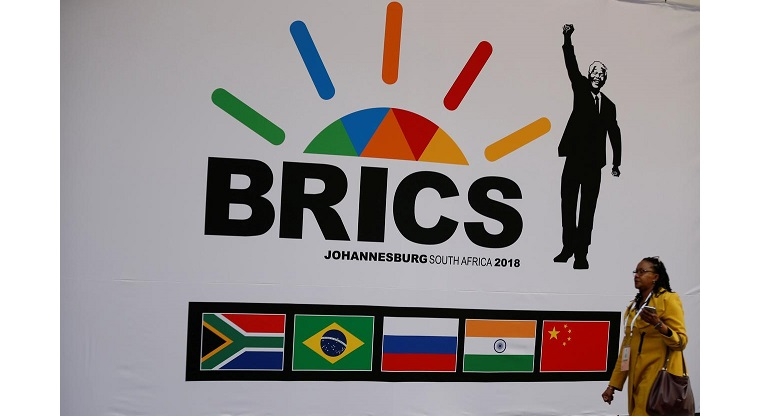 The foreign ministers of the BRICS emerging economies (BRICS include Brazil, Russia, India, China and South Africa) has just met in Brazil where they once again affirmed their view on upholding multilateralism and trade liberalisation as well as opposing unilateralism and trade protection.

This group is committed to making an effort towards an open environment, in order to create an equal "playground” in the context that trade protectionism remains an existing threat.

BRICS ministers said that hot issues in the region should be resolved through dialogue and consultation while emphasising that BRICS cooperation should bring benefits to its peoples.

As a group of economies with great potential and a high growth rate, accounting for about 25% of global GDP, BRICS is conducting strong reforms, becoming a forum with a growing voice beside those institutions such as the group of the world's largest advanced economies (G7) or the world's major developed and emerging economies (G20). BRICS countries affirmed the need to strengthen policy coordination within multilateral frameworks such as the United Nations (UN), the G20 and the World Trade Organisation (WTO), and to advance "BRICS Plus” cooperation by working with other emerging-market countries and developing countries.

According to BRICS, the world economy is currently in a worrying situation, when global trade is suffering from effects of protectionism while the global economic development is under the influence of unilateral decision. The pursuit of protective measures is fuelling trade disputes and economic blockade, becoming a major risk to further increase global economic instability.

Before the risks that BRICS member countries consider that may "destroy” the global trade order, as well as "shadowing” peace and stability, the countries affirmed their efforts to improve endurance and coping capacity. Promoting inclusive and balanced growth, improving global economic governance as well as maintaining world order based on balance and mutual respect, maintaining open international trade and strengthening WTO, are among BRICS's important points of view with an aim to protect the interests of its members in the context of numerous current commercial disputes.

Trade tensions are thought to be the main threat to the global economic outlook. The world has entered its second year of struggling to cope with the impact of the US-China trade war. According to the International Monetary Fund (IMF), the current and threatened US-China tariffs could cut 2020 global gross domestic product by 0.5%, or about US$455 billion. The world has long been looking forward to positive changes that can "ease” the escalating tensions between the world’s two leading economies.

Meanwhile, according to the WTO, the trend of strong increase in both scale and the number of trade restrictive measures in the past year has interrupted the long-term stability trend, causing consequences such as increasing instability, slow investment activities and weak trade growth. Some trade restrictive measures have increased the challenges and uncertainties of the global economic environment. Therefore, free and fair trade should be promoted.

Tension between many countries involving trade disputes and trade protectionism is negatively affecting the "health” of the world economy. The IMF stressed that surplus and deficit countries should work toward reviving international trade and strengthening the rules of the multilateral trading system that have served the global economy well over the past 75 years. Not only the BRICS countries that have reaffirmed many times about the key role of the multilateral trading system, increasing cooperation and promoting trade liberalisation has a very important meaning for the world economy with an increasingly multipolar character and extensive integration.

Protecting the global economy against risks

Novel coronavirus may exist for a long time: expert

The Republic of Korea (ROK) Unification Minister Kim Yeon-chul said Tuesday that the country will push for the project with the Democratic People's Republic of Korea (DPRK) to reconnect railways and roads across the inter-Korean border as well as other joint projects.

Indonesia to offer incentives to tourism to counter Covid-19 impact

The Indonesian Government is formulating incentives for tourism industry stakeholders such as hotels or airlines to counter negative impacts of the novel coronavirus (Covid-19), said Indonesian Minister of Finance Sri Mulyani Indrawati.

Around 100,000 homes remain without power in Sydney on Monday (February 10), after the heaviest storm in 30 years lashed Australia's east coast.

Many countries and international organizations have provided materials and other kinds of support for China in combating and controlling the novel coronavirus epidemic.