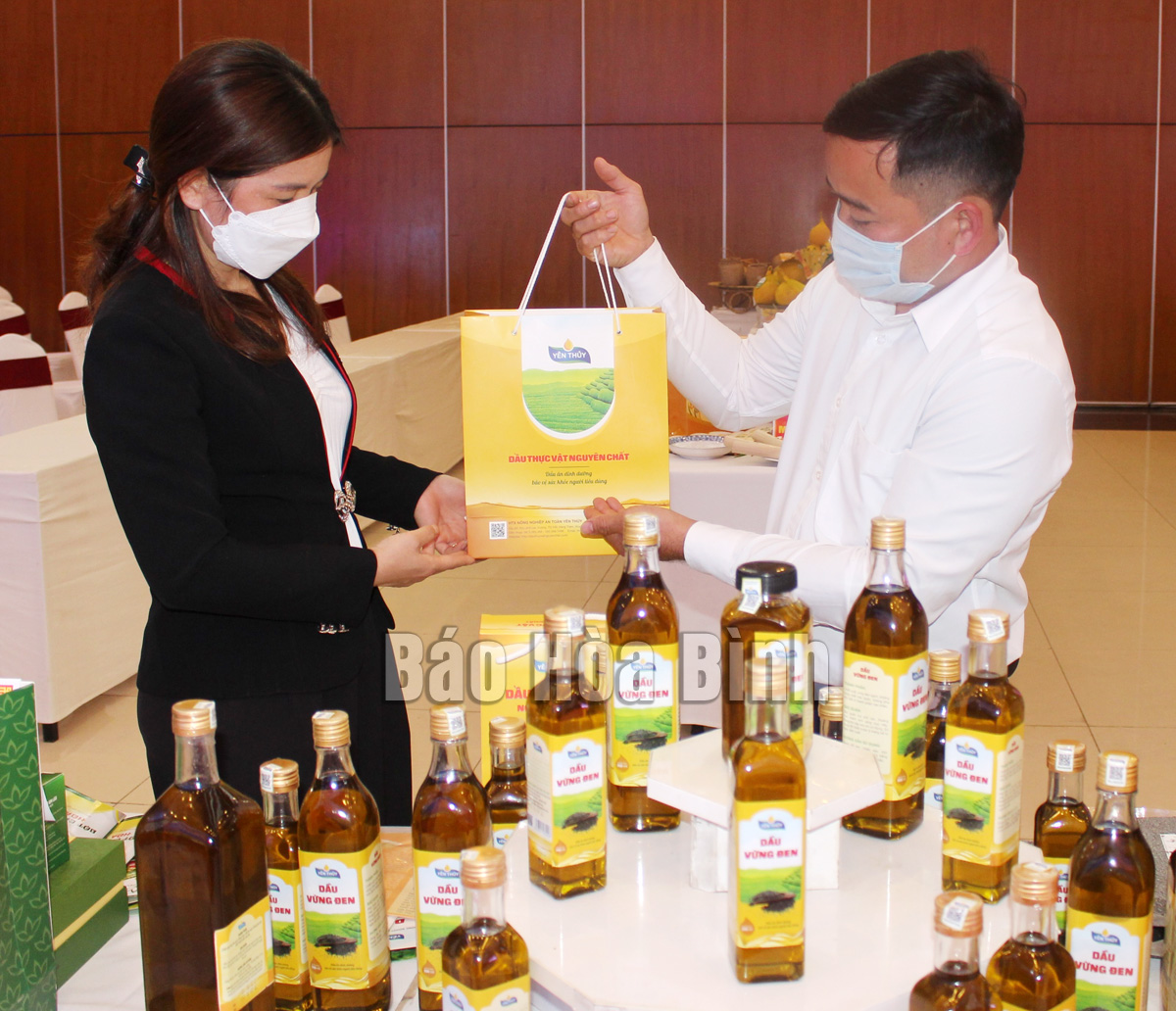 (HBO) - Makers of OCOP (One Commune, OneProduct) products in Hoa Binh are stepping up production to meet the surging consumption demand in the upcoming Lunar New Year (Tet) festival. Besides raising output, they are also working to diversify sales channels for their products. 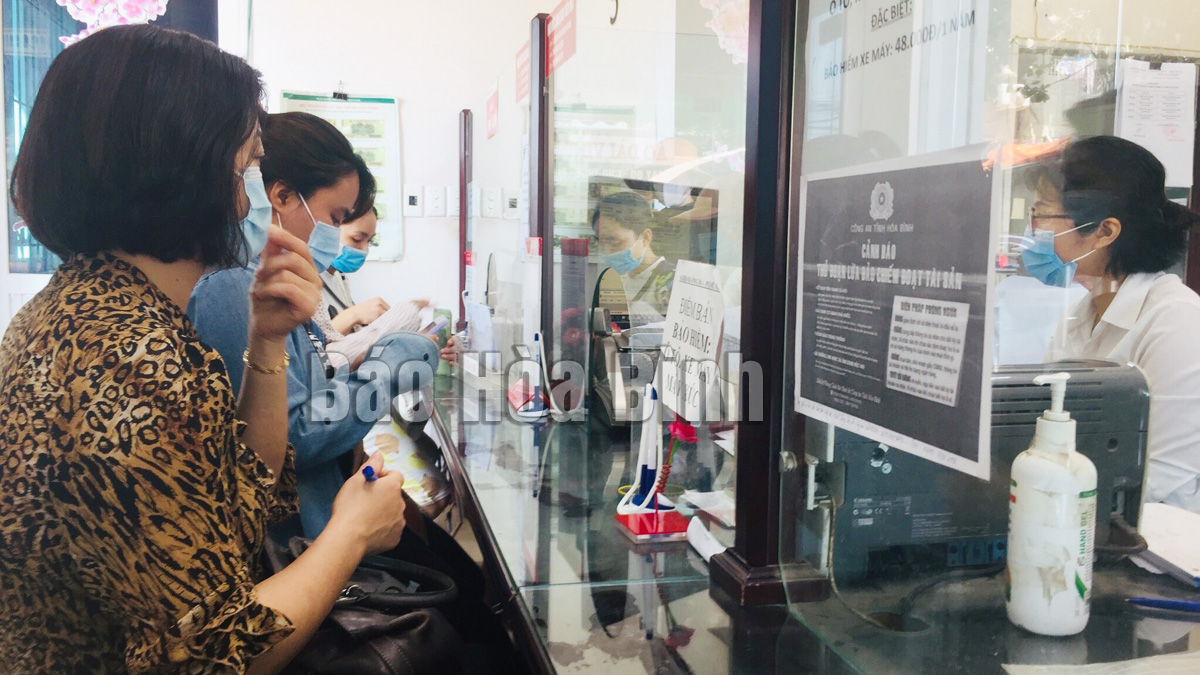 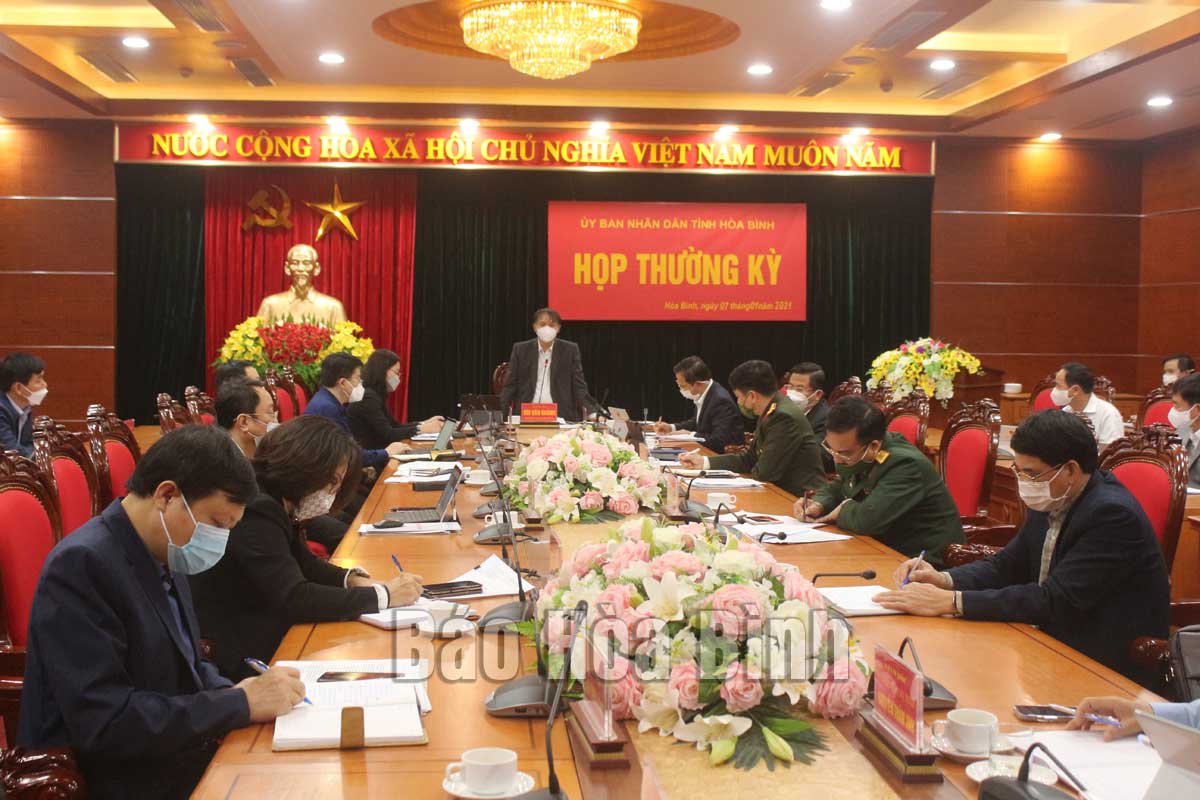 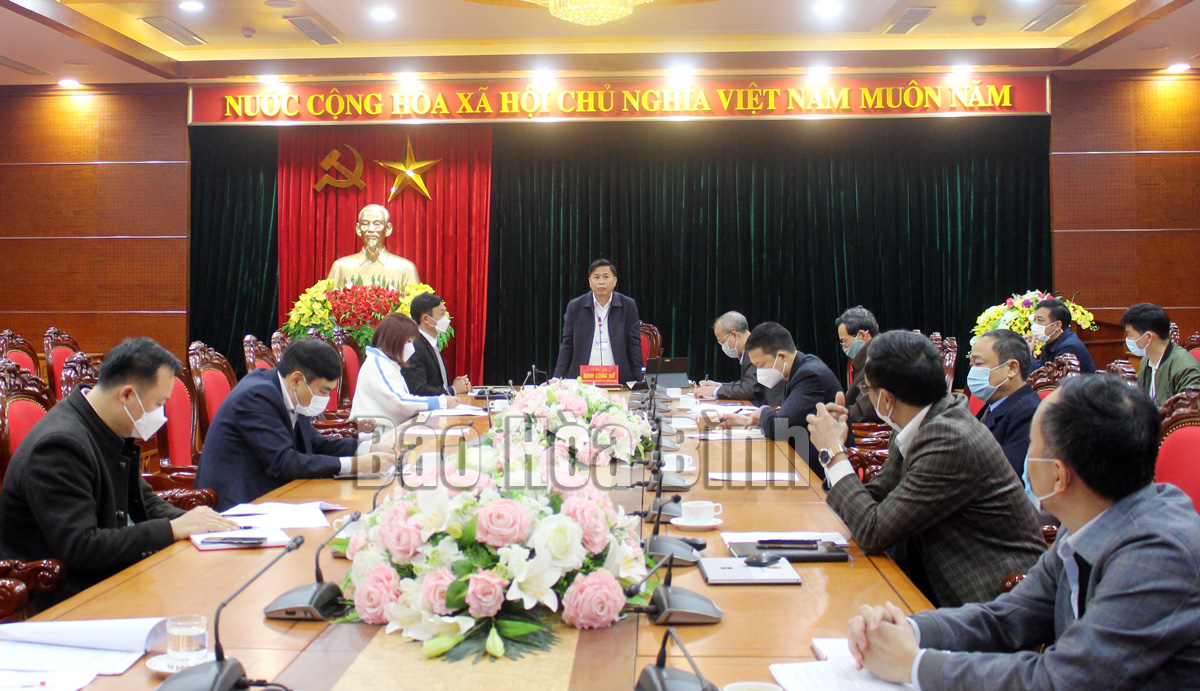 (HBO) – Though about 80 percent of Hoa Binh’s population are earning their living from agriculture, the sector makes up only 20 percent of its Gross Regional Domestic Products (GRDP). The mountainous province is pinning high hopes on digital transformation to shift the smallholding agriculture to an economy that goes towards sustainable development. 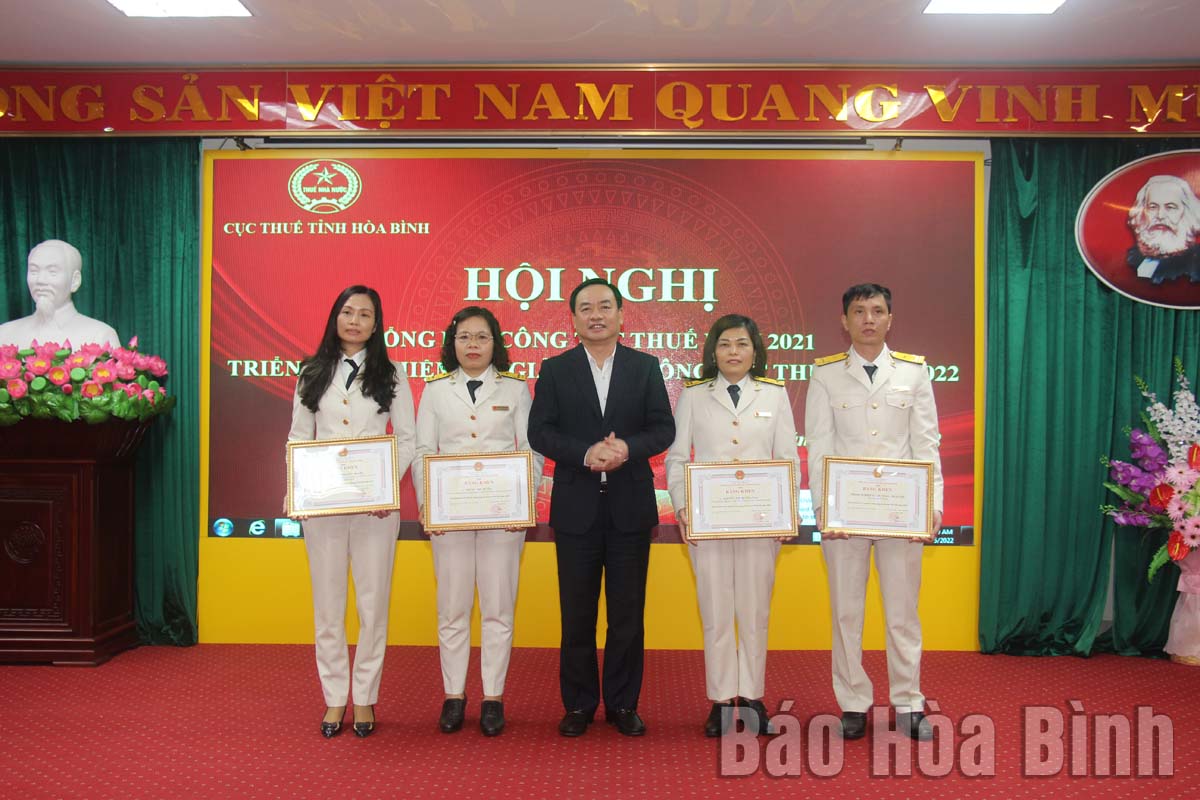 (HBĐT) – The provincial tax department, on January 5, held a conference to review its 2021 performance and deploy tasks for 2022. Attending the event were Quach Tat Liem, Vice Chairman of the Hoa Binh People’s Committee; and Dang Ngoc Minh, Deputy General Director of the General Department of Taxation. 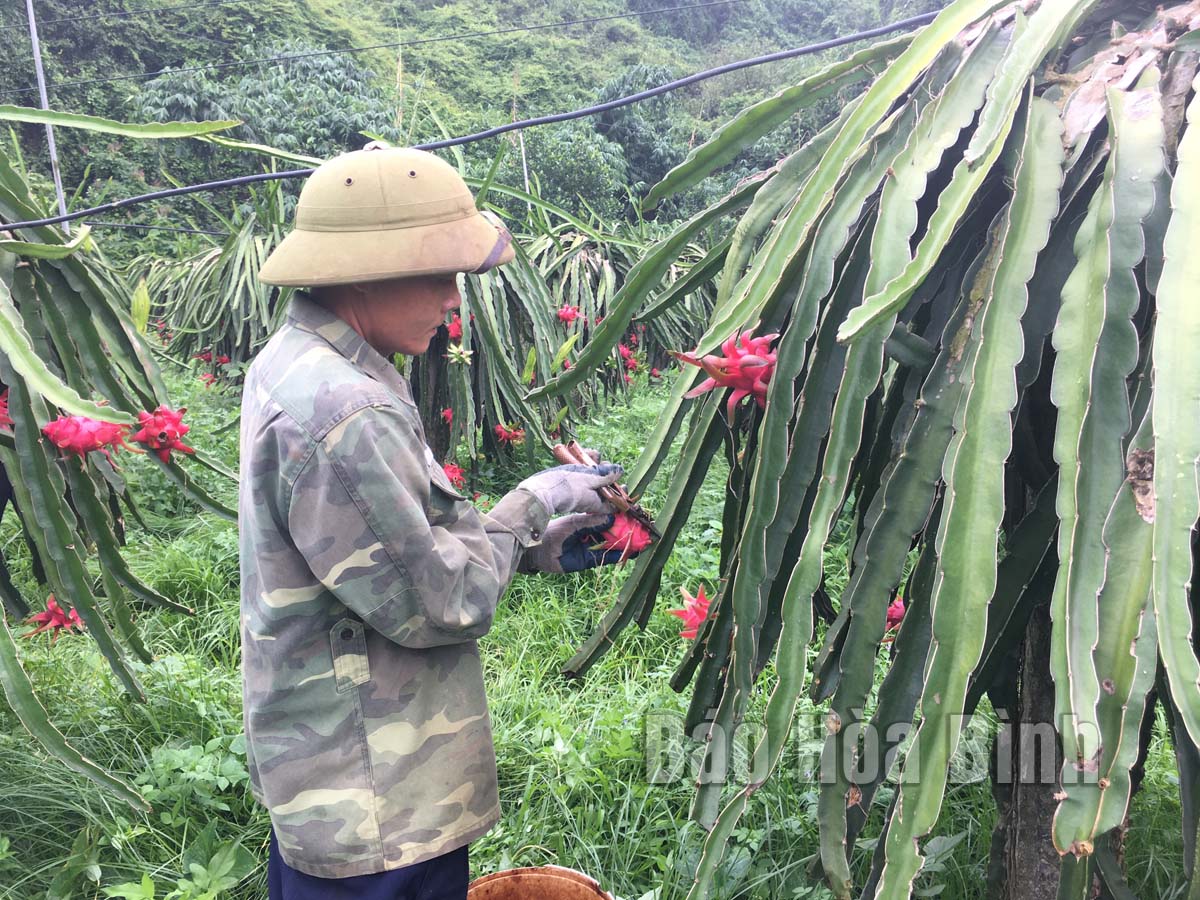 (HBO) – Red-flesh dragon fruit farming has become increasingly popular in Lac Thuy district over the last 10 years. The district now has nearly 56 hectares under the tree, mostly in Ba Hang Doi township and Phu Thanh commune. Productivity is estimated at 18 – 20 tonnes per hectare on average and output reaches 810 – 900 tonnes per year. 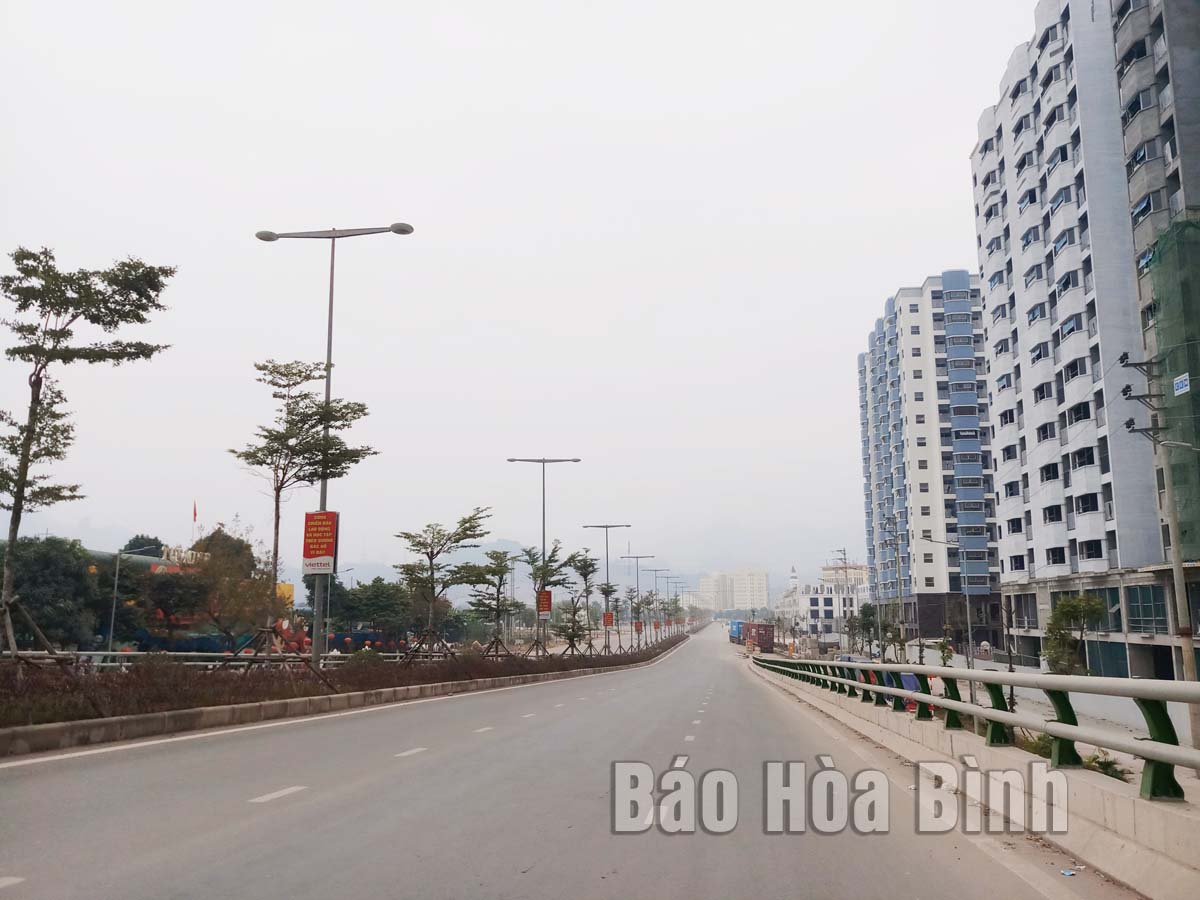 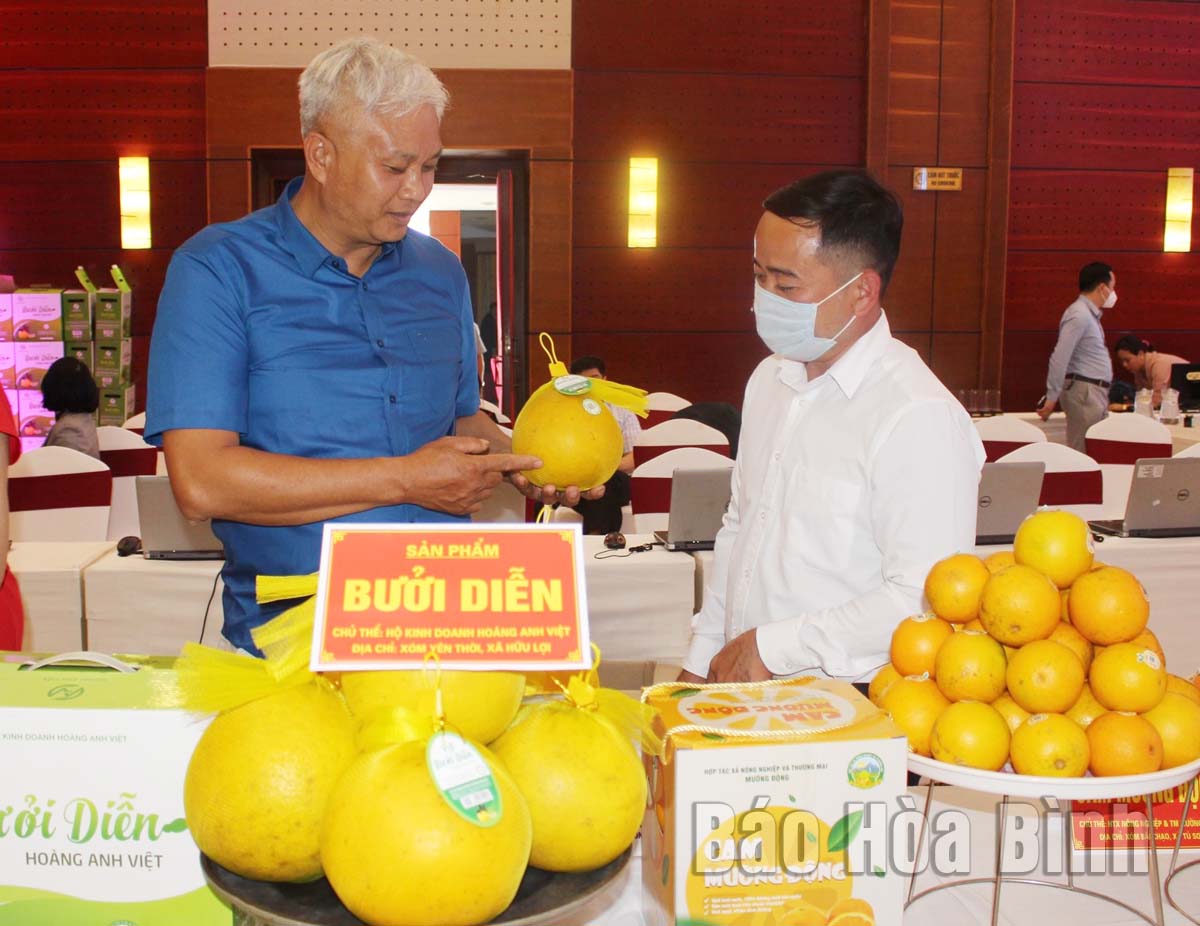 (HBO) – Yen Thuy district in Hoa Binh province now has 880 ha of pomelo cultivation, of which 415 ha are in harvest season and nearly 120 ha in Ngoc Luong, Huu Loi, Bao Hieu communes, and Hang Tram town are cultivated following VietGAP and organic standards. The average annual income from local Dien pomelo orchards is from 300 to 400 million VND per ha. 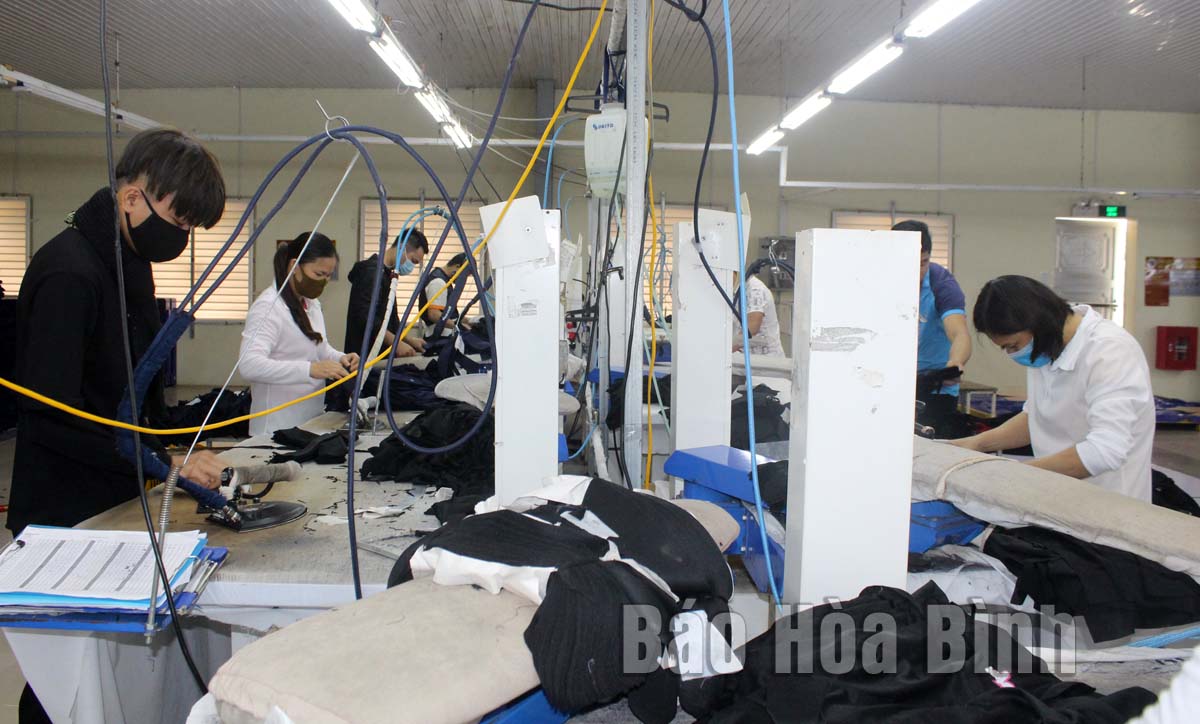 (HBO) - In 2021, the Party Committee and People's Committee of Hoa Binh province focused on investment promotion activities, while strengthening coordination in handling administrative procedures, implementing many solutions to improve the business environment, and helping remove difficulties for businesses and investors, especially those affected by the COVID-19 pandemic. As a result, the business and investment environment continued to be improved while and investment attraction and development of businesses saw good results. 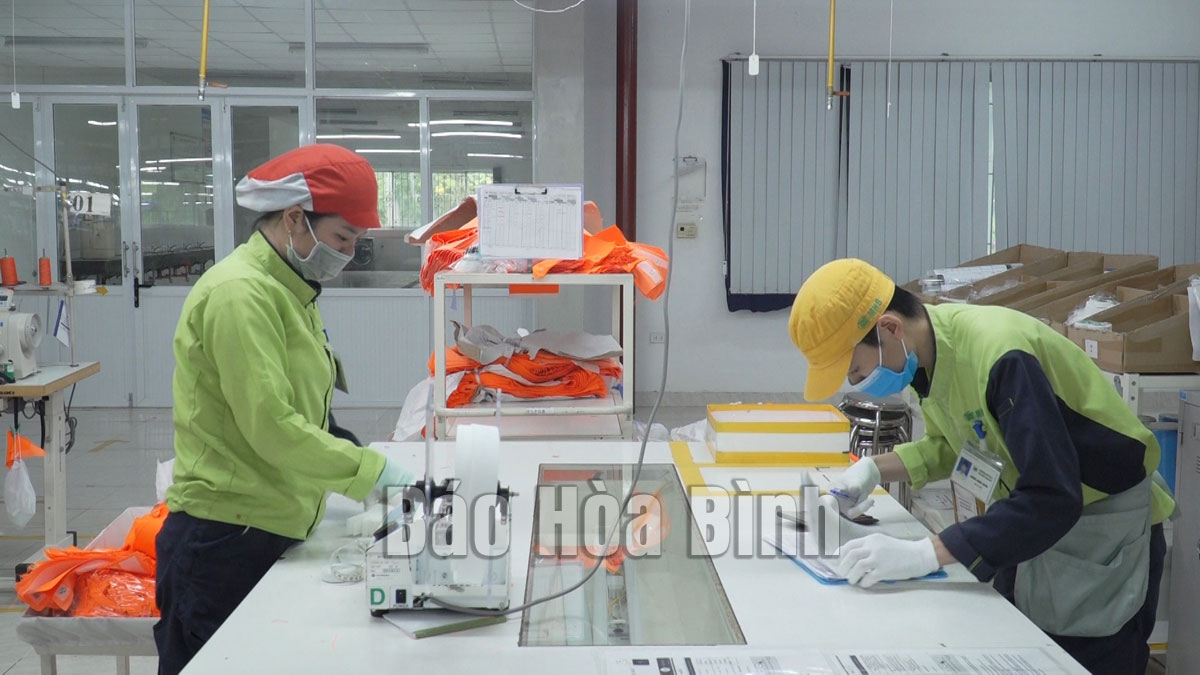 (HBO) - Despite various challenges in 2021, registered investment saw a remarkable increase in projects’ capital. Projects commencing operation are on the rise, while those with delays or failures in implementation have been screened for withdrawal. Business environment in the province shows increasing improvements.

(HBO) - The Hoa Binh Provincial Committee initiated an emulation campaign to fulfill the dual targets of containing the spread of the Covid-19 pandemic while simultaneously promoting economic recovery and growth. 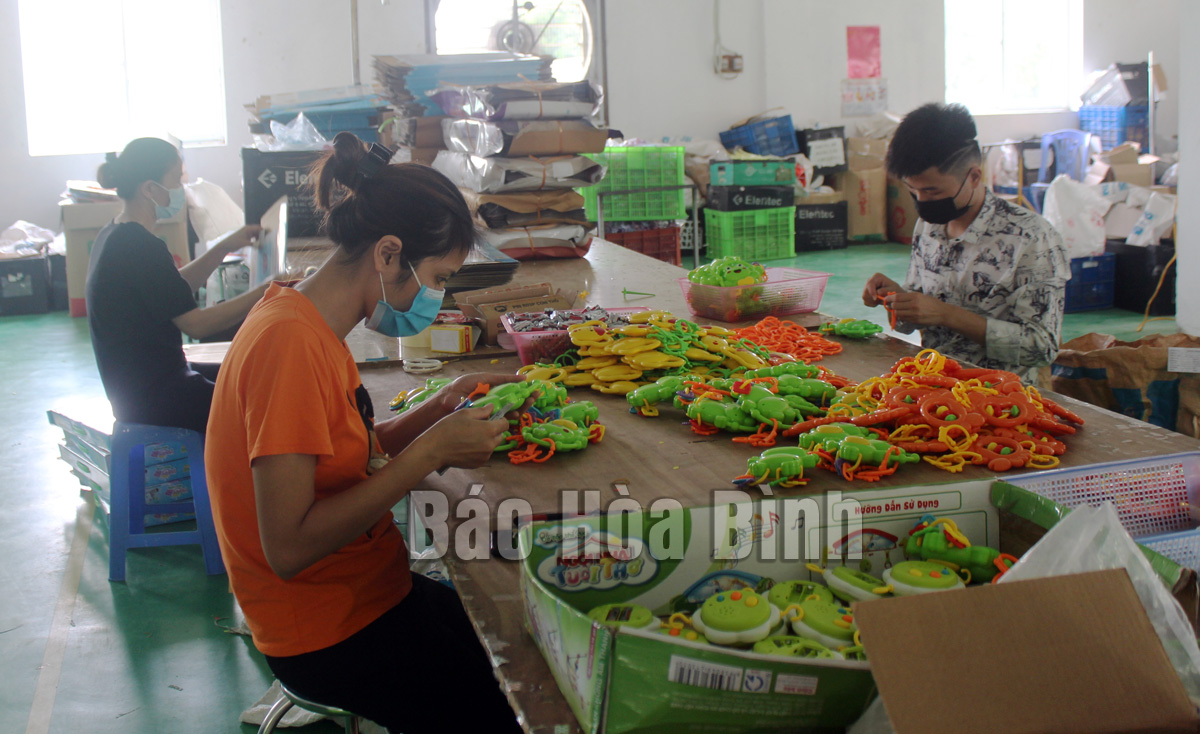 (HBO) – According to statistics from the Provincial People’s Committee, local industrial zones are home to 102 approved investment projects.

(HBO) - The province is presently home to 2.700 hectares of aquaculture surface in ponds and small lakes with 4.700 fish cages. Enterprises, cooperatives and farmers investing in fresh water fish aquaculture have applied proper techniques and know-hows recommended by technical authorities resulting in positive fish growth with minimized damages. Fish harvest output in November reached approximately 879 tonnes, including 132 tonnes from natural fishing and 747 tonnes of fish farm production. Accumulated fish output for the first 11 months was estimated to figure around 9.206 tonnes.

As sweet as Lac Sy honey

(HBO) - For last few years, along with forest farming, the livelihood of honey beekeeping has brought about prosperity to the poverty-stricken rural neighbourhoods of Lac Sy (Yen Thuy). This sweet nectar of the forest are enjoying chances of being further promoted as it qualified for standard of 3 star district level One Commune-One Product (OCOP) with viable prospect of provincial level OCOP certification.

(HBO) - After two consecutive years (2019, 2020) of falling short of announced goals in the province’s state budget collection, works for the current year pledge to flourish despite compounded difficulties, thanks to efforts and political determination by all sectors and levels. Accordingly, state budget collection is set to achieve and even out-perform targets.

(HBO) – Hoa Binh is stepping up the development of circular economy in a bid to tackle restrictions in the local animal husbandry sector. 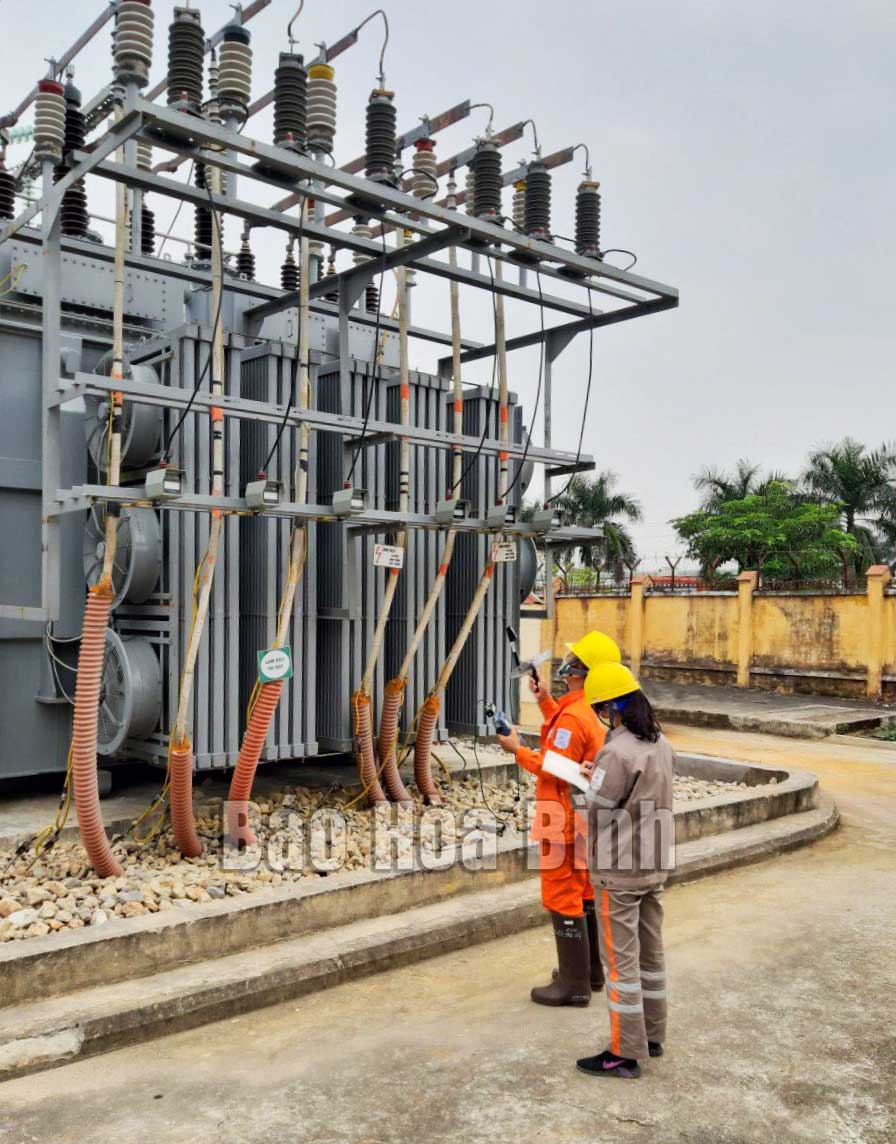 (HBO) – Over the past years, the Power Company of Hoa Binh province (PC Hoa Binh) has actively carried out many measures to develop a smart grid in efforts to optimise electricity consumption, reduce costs, and enhance the power system’s reliability and efficiency. 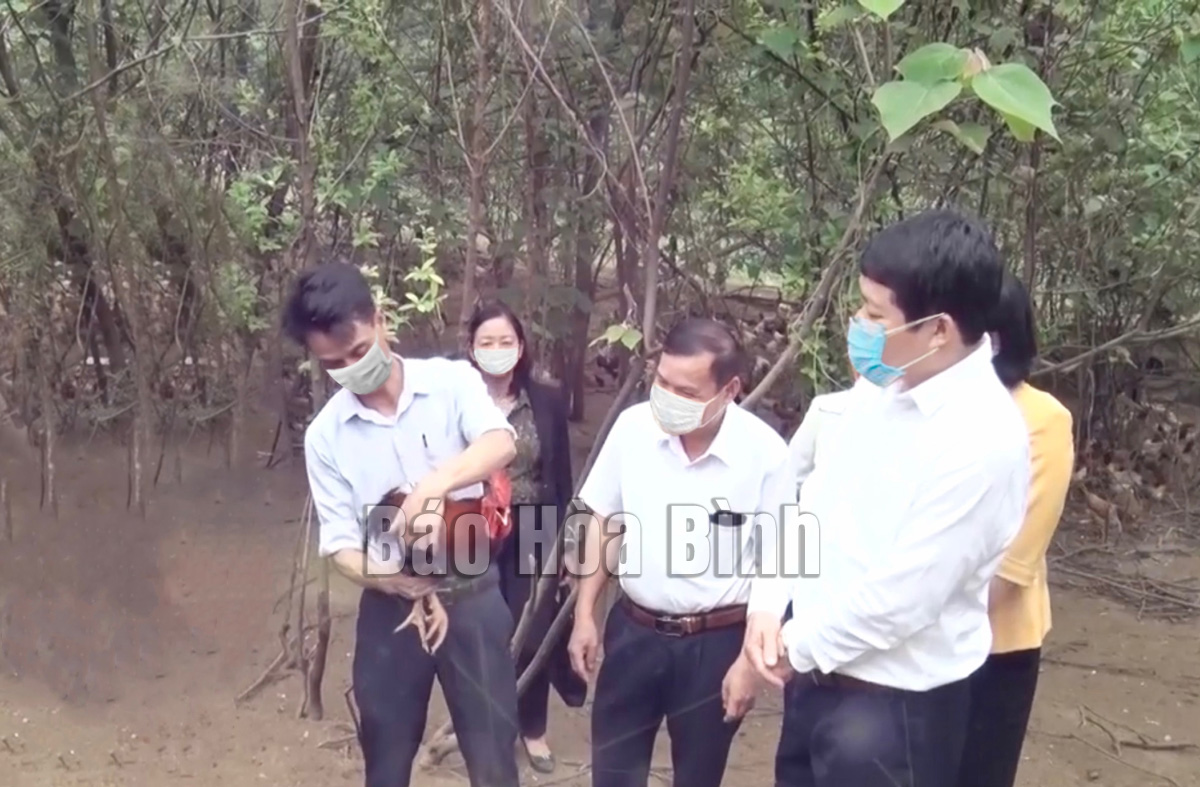 (HBO) - Hai Dang fresh whole chicken is one of the typical products of Hai Dang hi-tech organic agricultural cooperative (Hai Dang Cooperative), Cho Dap village, An Binh commune (Lac Thuy) originating from Lac Thuy chicken. With the goal of contributing to maintaining and developing the brand of Lac Thuy chicken, the cooperative has selected this chicken breed for the large-scale breeding, providing the safe chicken products with high nutritional value to the market. 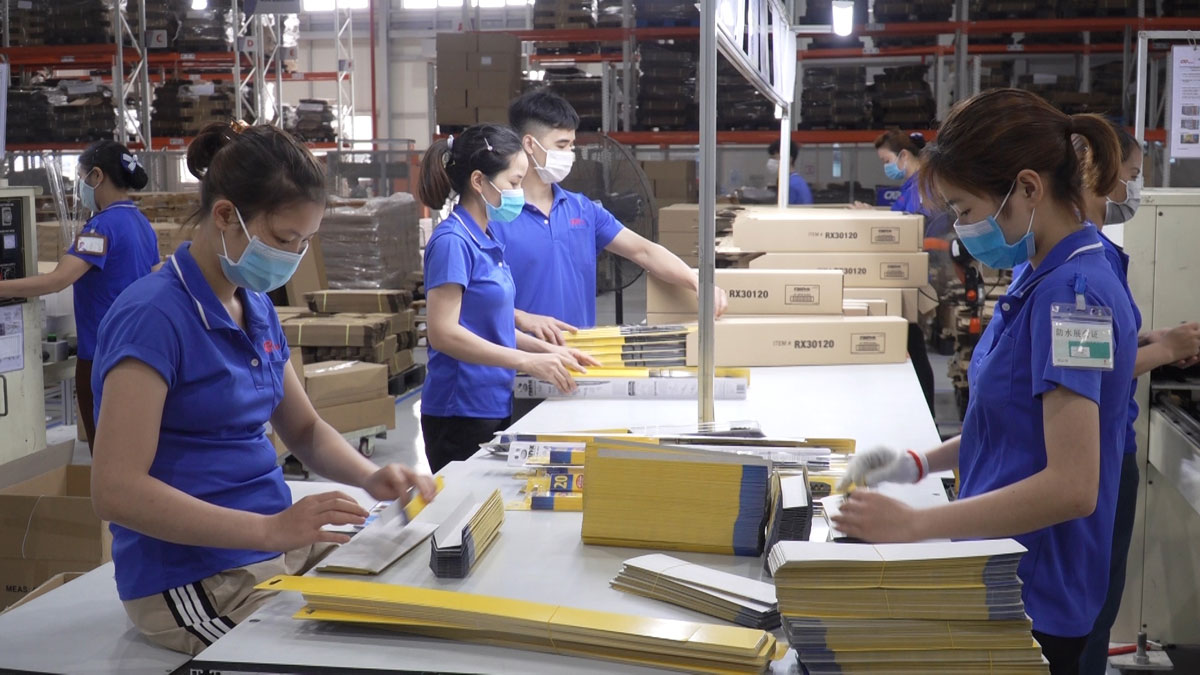 (HBO) – The Hoa Binh provincial Party Committee is set to renew the way of thinking and working style, while focusing its direction on the implementation of key tasks for 2022 to realise the Resolution adopted by the 17th provincial Party Congress, towards rapid and sustainable development. 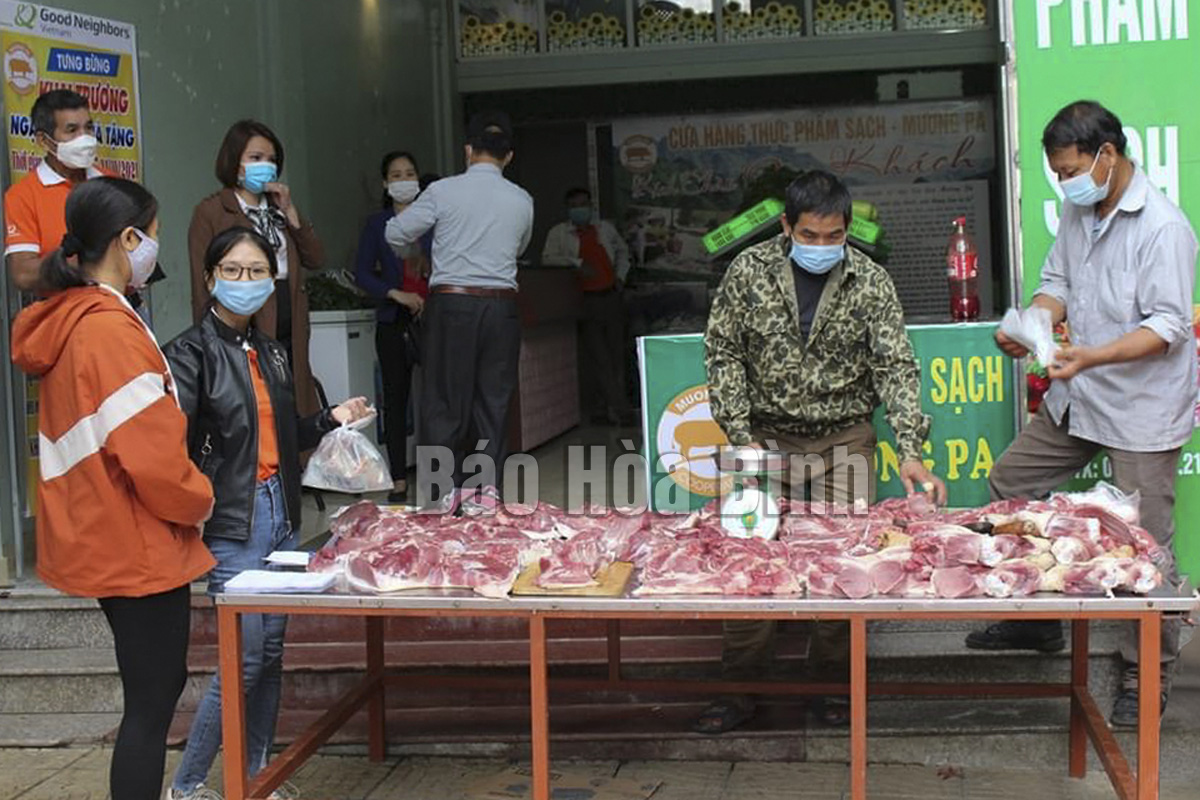 (HBO) – With an aim to preserving and developing the breeding of Muong Pa pigs with black skin in a safe direction in associated with the value chain, create more jobs and increase incomes for farmers, in 2018, with the support of the Republic of Korea’s Good Neighbors International (GNI) organisation, Muong Pa cooperative in Bao village, Bao La commune of Mai Chau was set up with initial 10 members. To date, the cooperative has had 17 member households who are working hard to make black pork a product of the "One Commune-One Product” (OCOP) programme at provincial level. 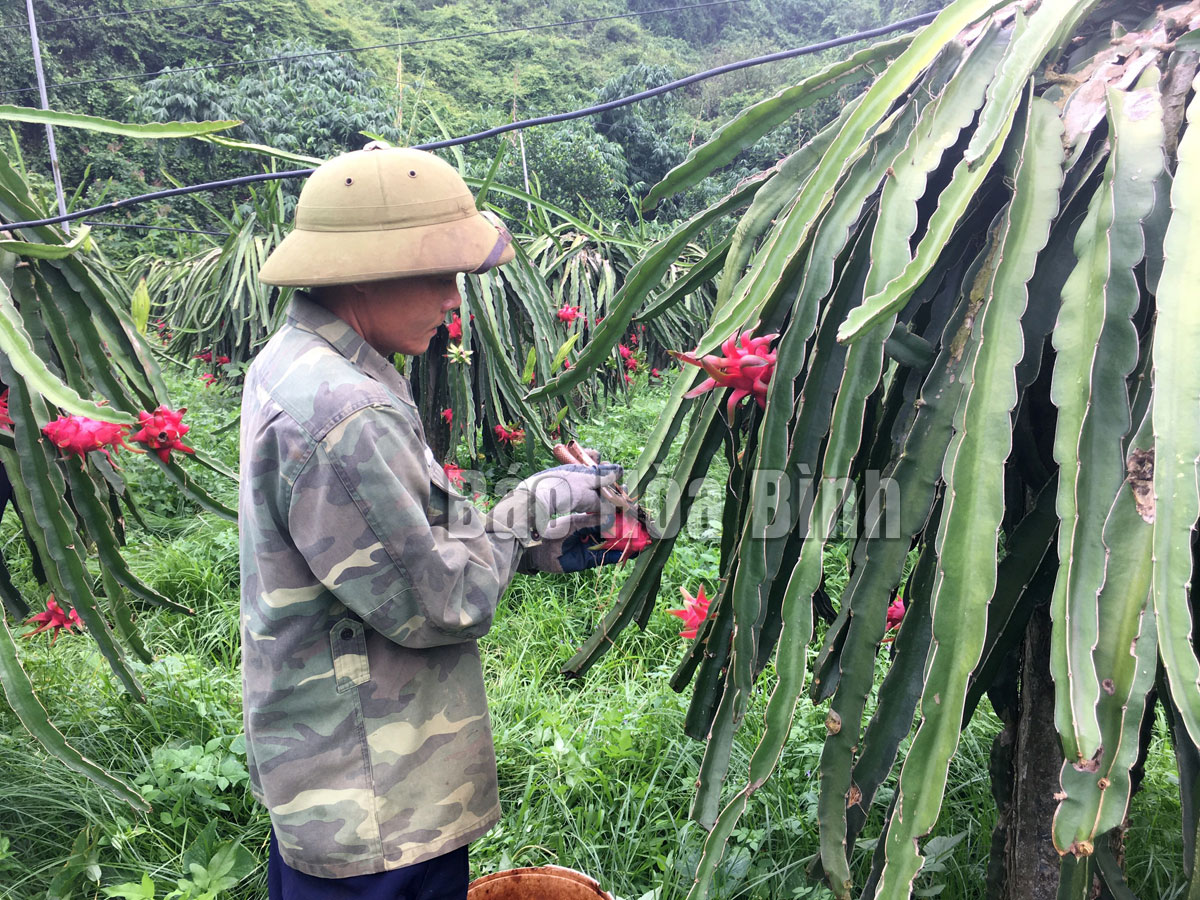 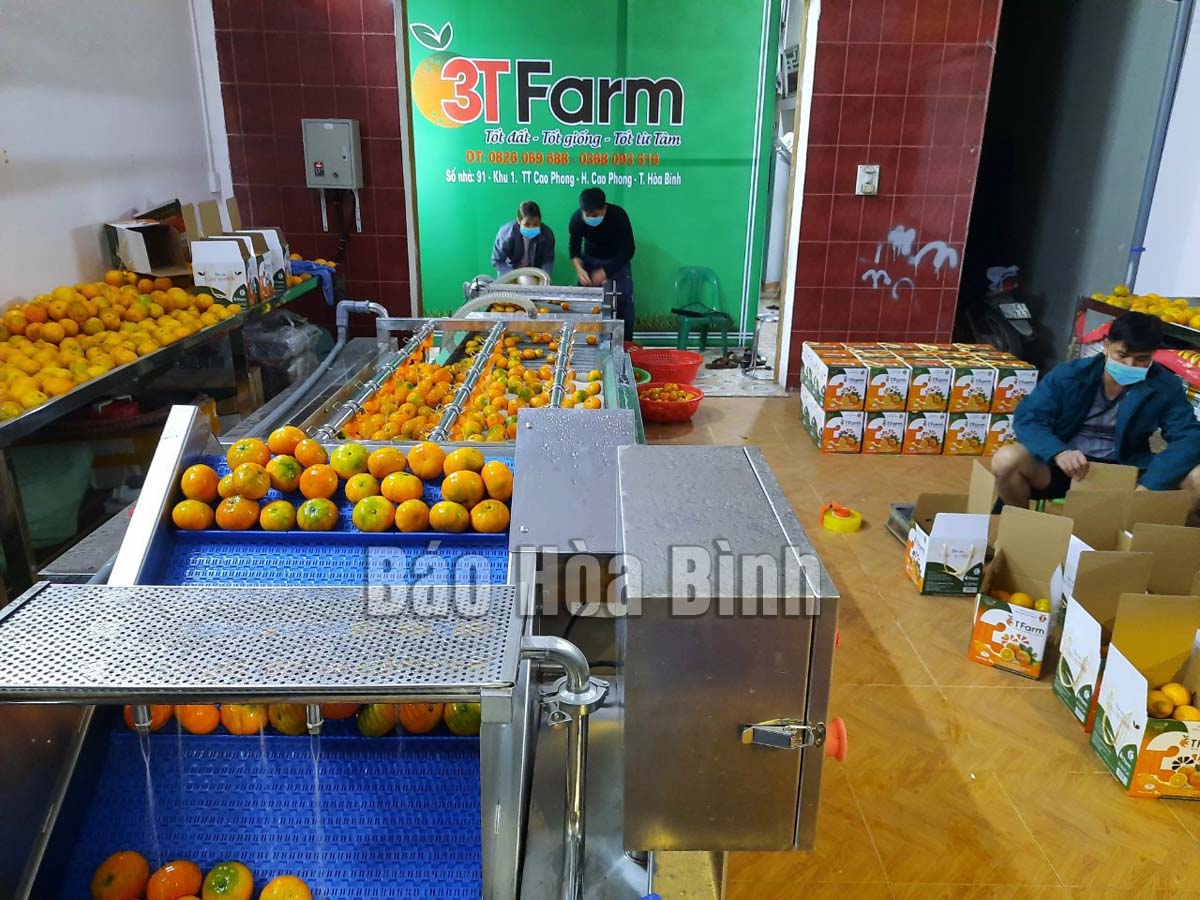 (HBO) – To boost consumption of farm produce amid complicated developments of COVID-19, all levels, sectors, and localities of Hoa Binh province have rolled out various measures to ensure lives of farmers and production households. 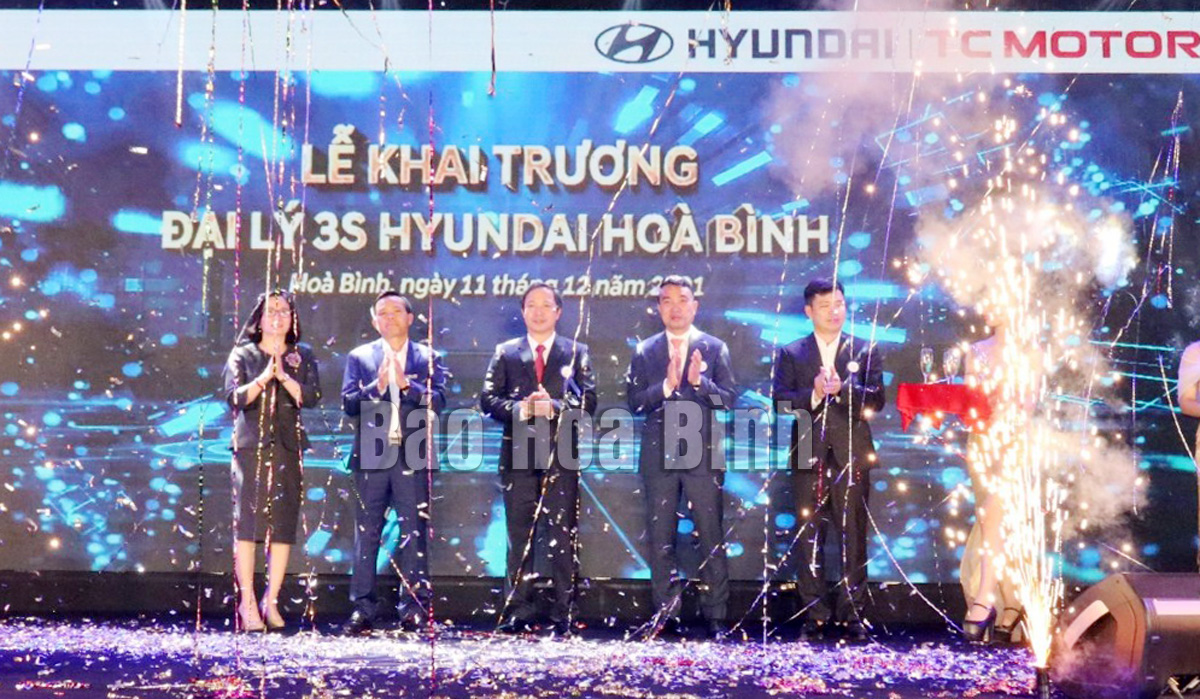 (HBO) – A Hyundai car dealership with 3S (Sales, Services and Spare Part) facility was launched in Hoa Binh City, the capital of Hoa Binh province in a ceremony held by Thanh An Hoa Binh JSC on December 11. The ceremony was attended by Vice Chairman of the provincial People’s Committee Nguyen Van Toan. 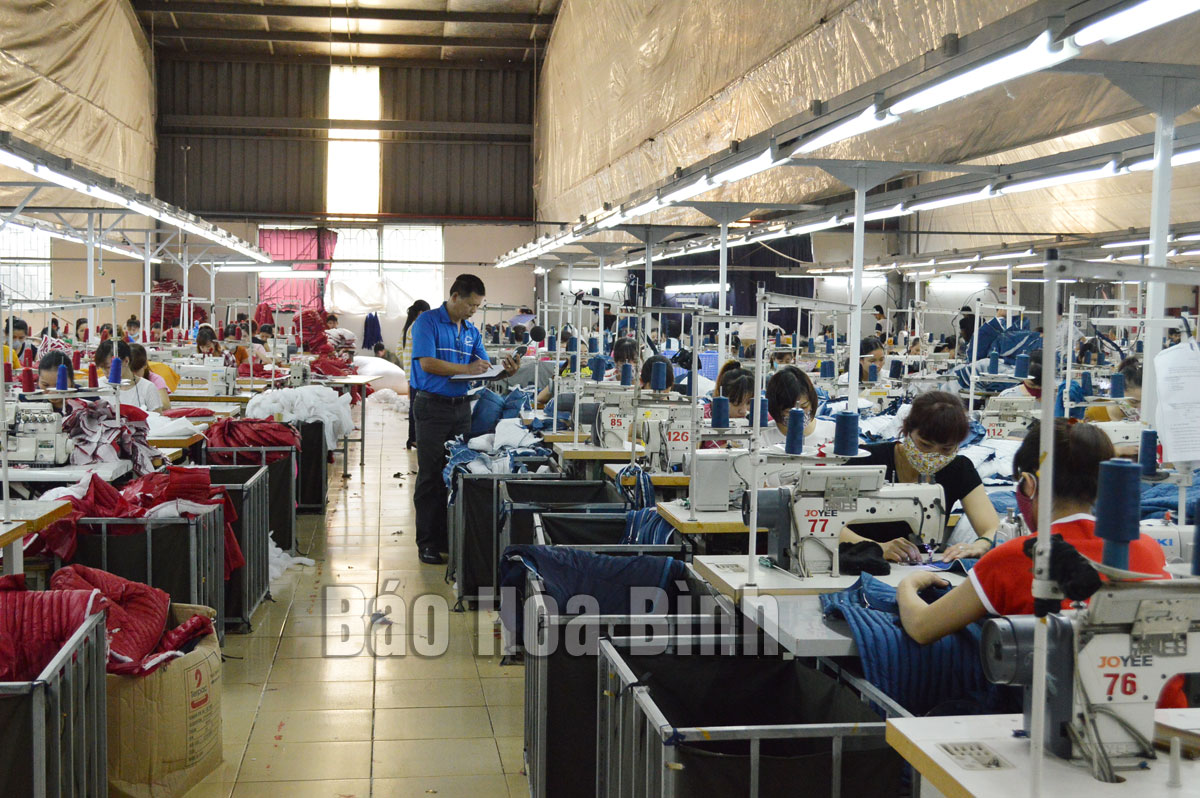 (HBO) – Authorities of Hoa Binh province have worked hard on economic diplomacy, with the aim of attracting more foreign investment, thus creating a motivation for socio-economic development in the locality. 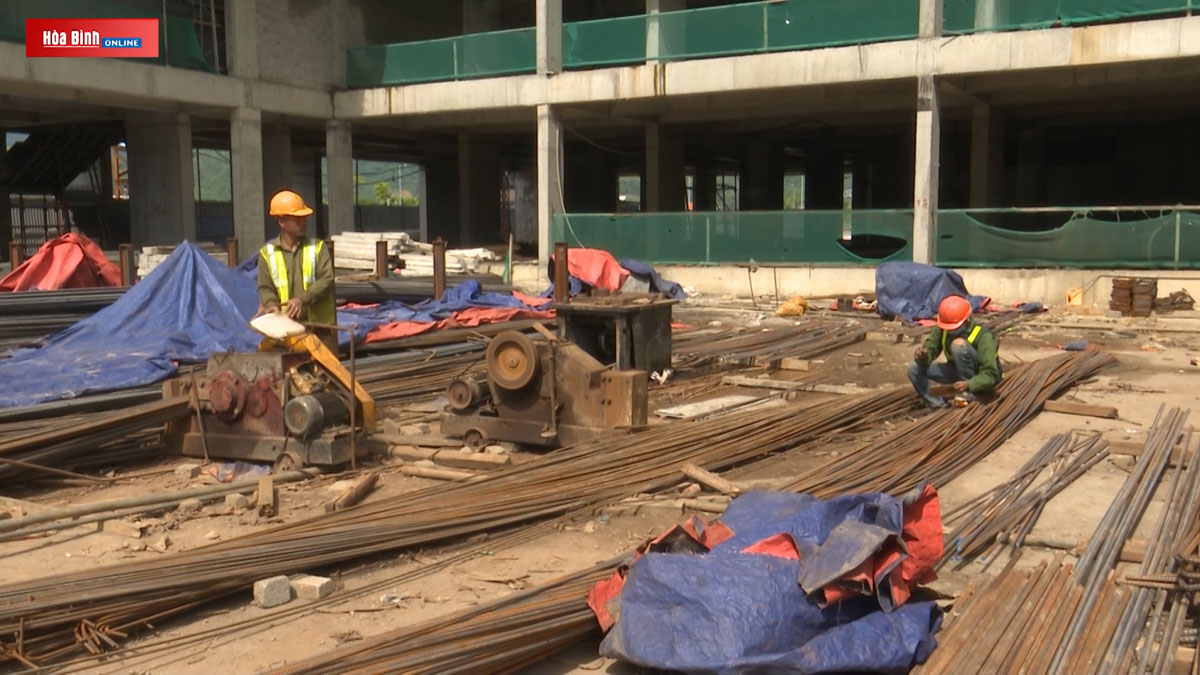 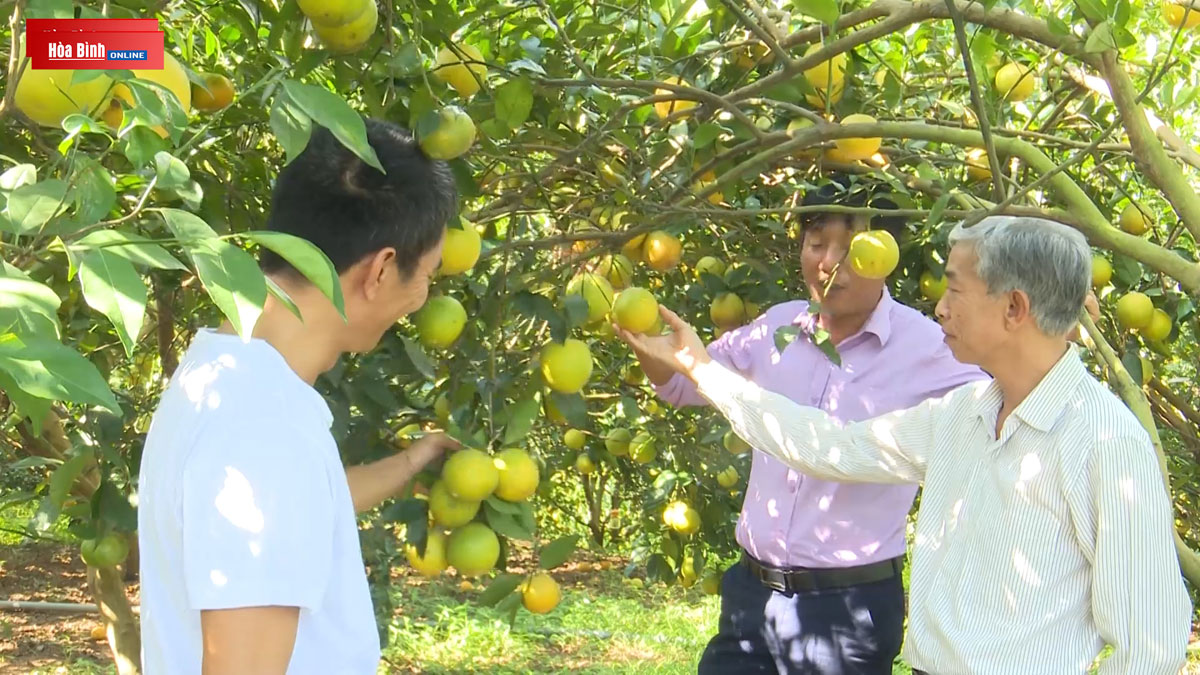 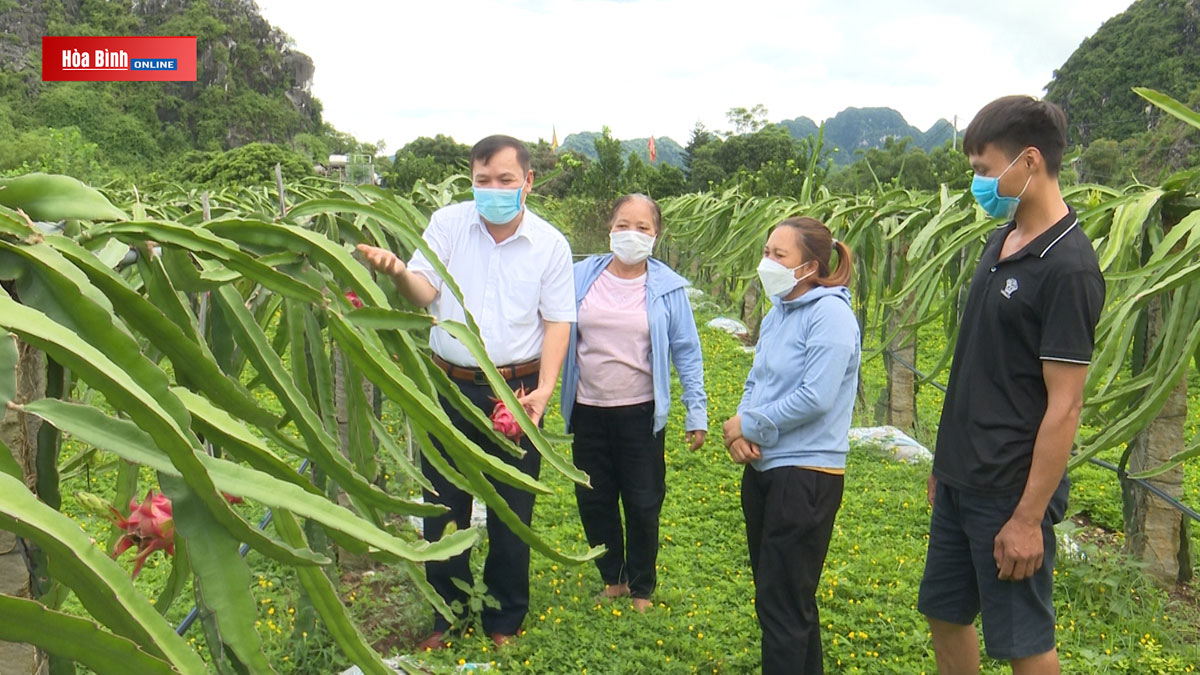 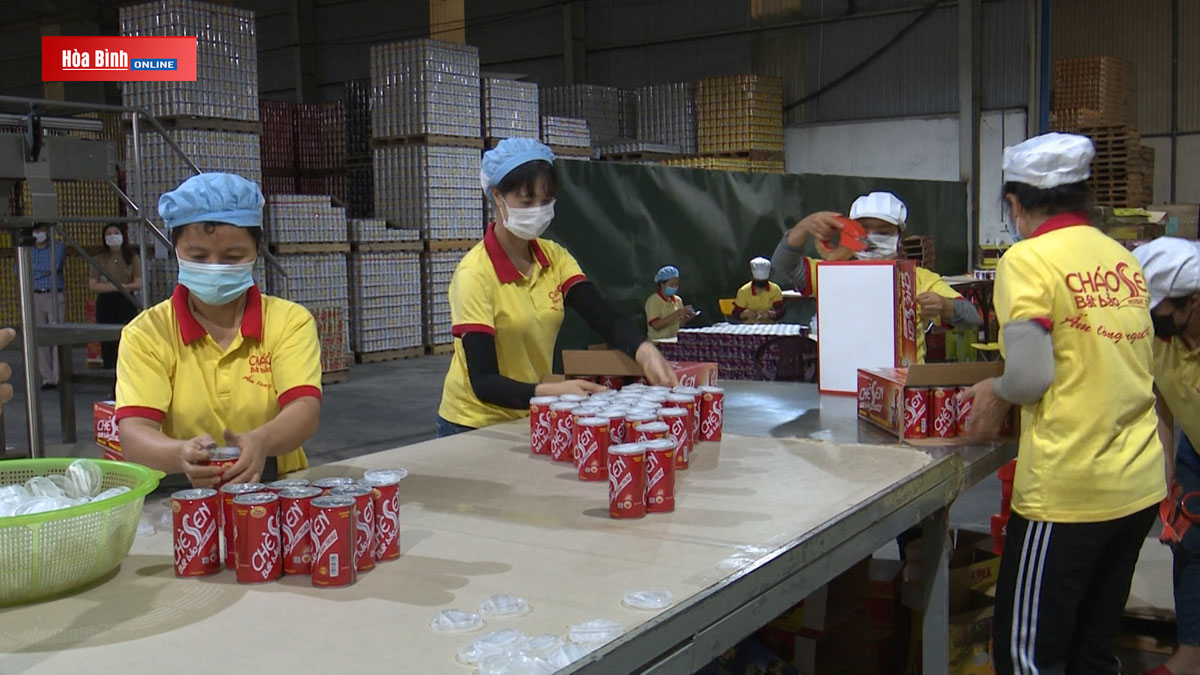 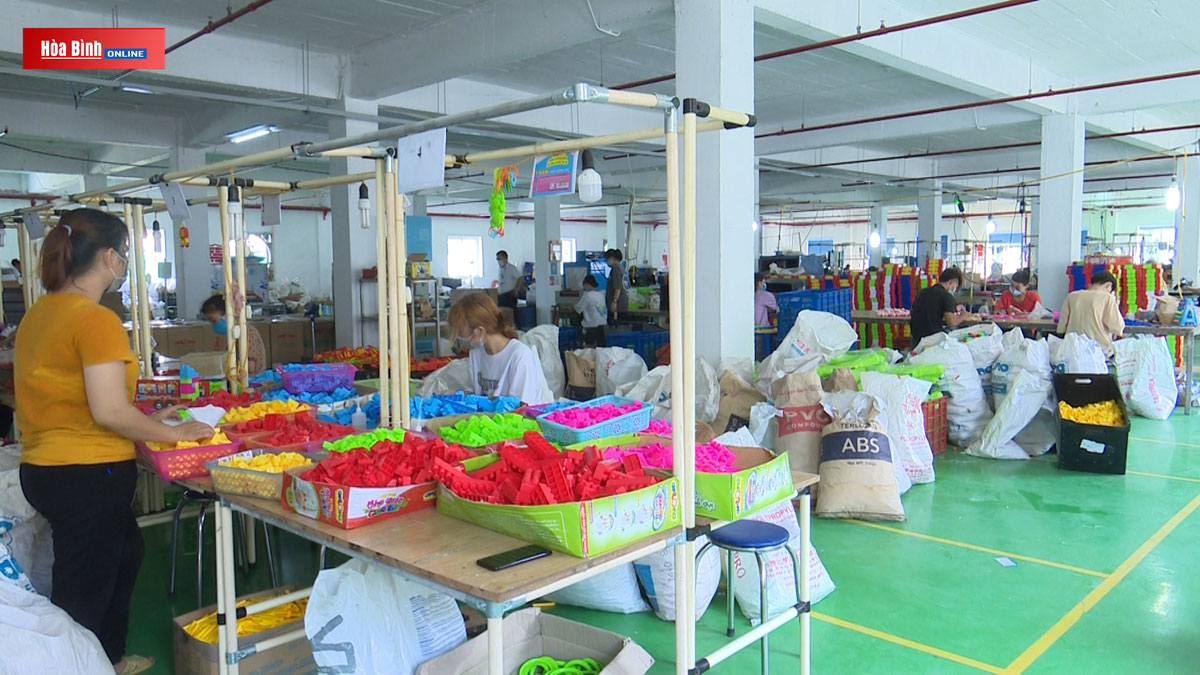 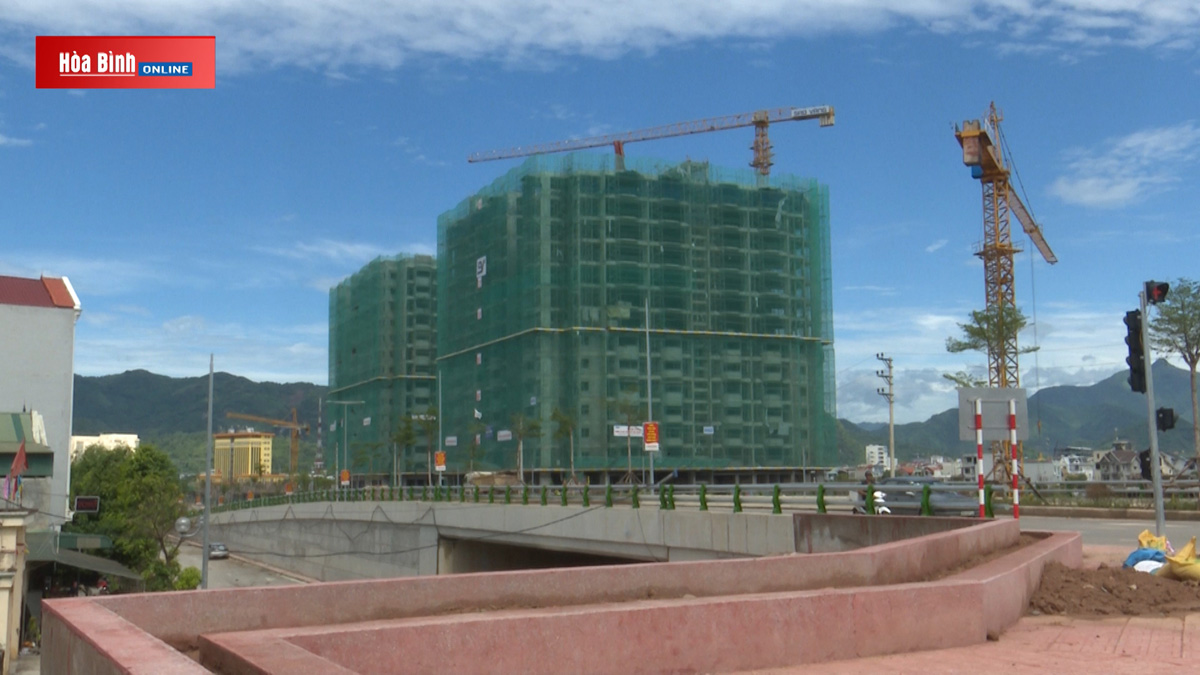 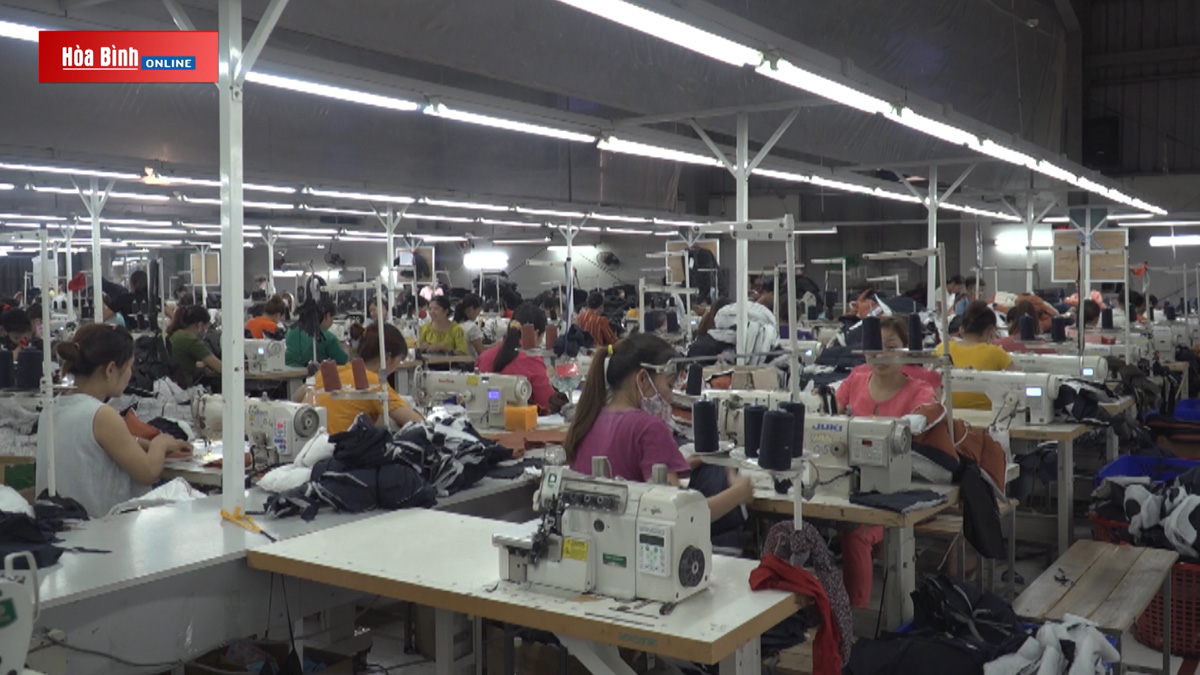 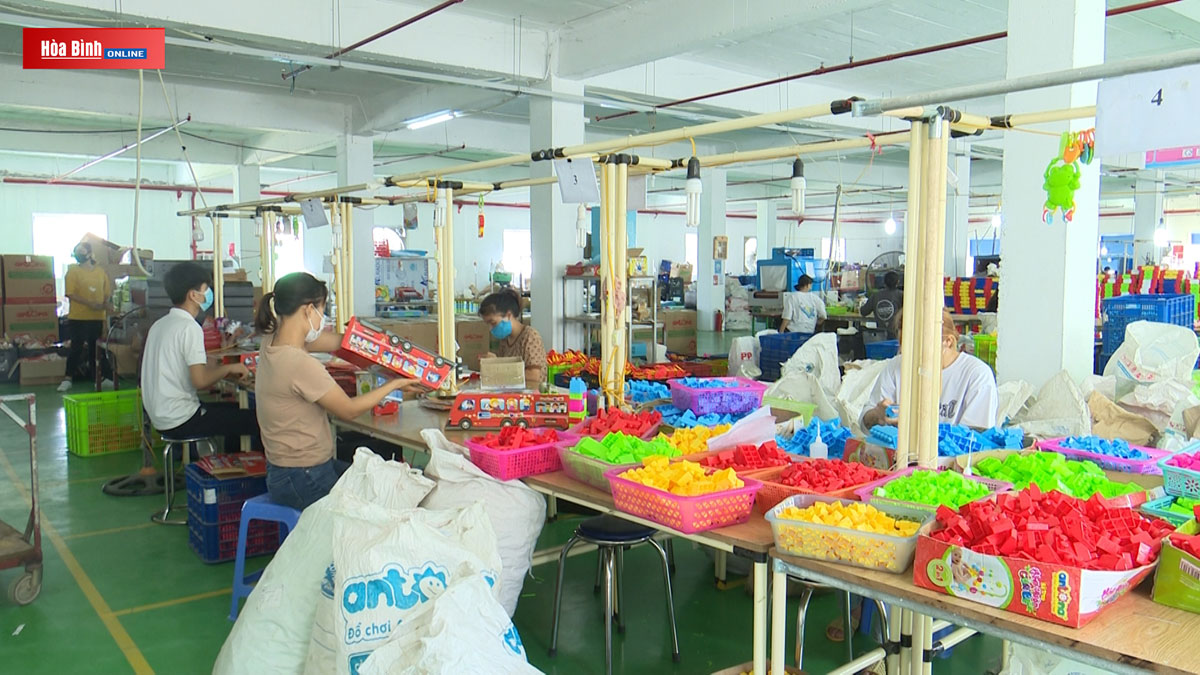 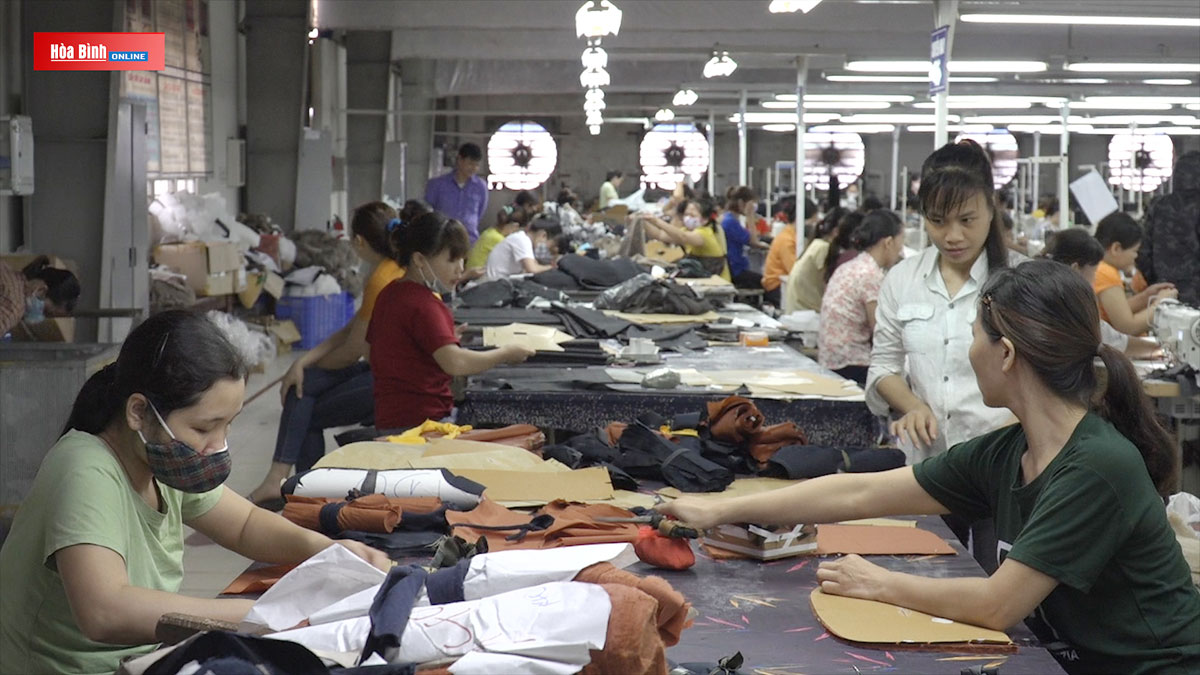 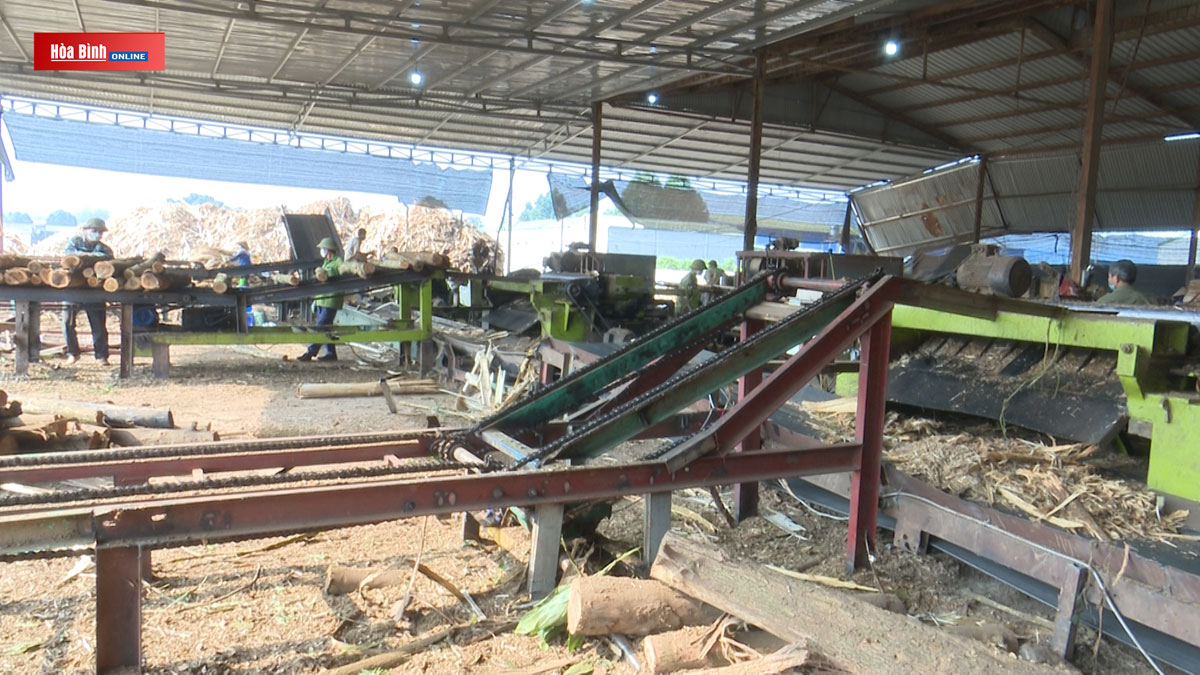