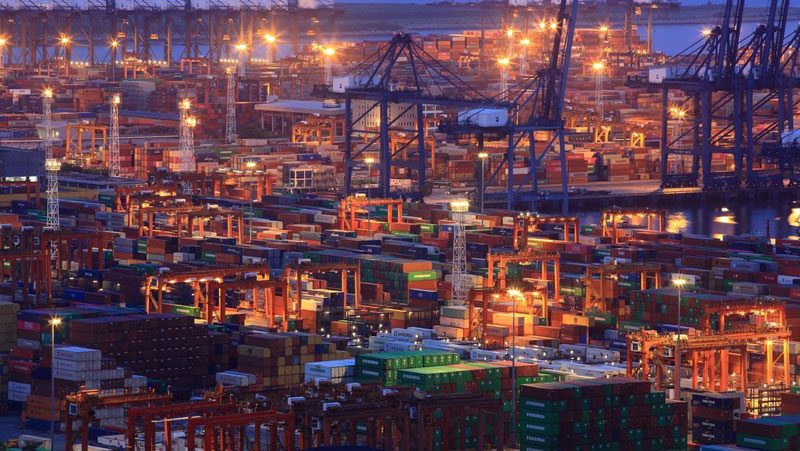 The world economy is facing a future in which there are more and more barriers and tariff measures. In the context that economies have to "live” with trade barriers, analysts are concerned that global economic growth is at risk of sharp decline.

Trade tensions between the US and China have increased since August and there are more and more clear signs that this on going situation will continue. The concern is that trade barriers may be in force for a while.

According to economic experts, the escalating US-China trade war is a trend that is completely the opposite to the trend of supporting free trade which has existed in the US for the past 75 years. Therefore, the parties need to prepare for a future of facing higher tariffs and more non-tariff barriers than ever before in history.

The US-China trade war has caused China’s economic growth to continuously decline and reach below 6.2% in the third quarter of 2019. Meanwhile, the US economy in the second quarter grew slowly due to declining production and export activities.

Economic experts said that in the context of the global economic downturn, countries’ demand for goods from the US dropped sharply, that means factories in the US sold less cars, components and equipment. Manufacturing has also produced less, while retail and wholesale activities become quiet. Revenue from tourism, mainly from foreign tourists and students, has also declined.

The recent US-China trade war as well as trade tensions between the Republic of Korea and Japan also placed these two leading Asian economies ahead of a gloomy future. The Japanese Cabinet Office recently identified weaknesses in the country’s export operations. Japan’s exports to Asian countries have stagnated amid China’s economic growth at a slower pace, with demand for high-tech products such as smartphones falling.

Meanwhile, S&P, a global credit rating agency, has warned that the RoK economy may grow more slowly if trade tensions between the US and China, as well as the RoK and Japan increase. In September, the RoK’s export revenue decreased by 11.7% to US$44.7 billion compared to the same period in 2018; this is the 10th consecutive month that the country’s export revenue has declined.

Politicians and economists have recently expressed concern that escalating trade war and trade barriers will "shadow” the world’s economic growth. The global economy is experiencing a "synchronised slowdown”, the new head of the International Monetary Fund Georgieva has recently said, warning that it would worsen if governments failed to resolve trade conflicts and support growth. She said trade tensions had "substantially weakened” manufacturing and investment activity worldwide.

The cumulative effect of trade conflicts could mean a US$700 billion reduction in global gross domestic product (GDP) output by 2020, or around 0.8%, she said, previewing new Fund research to be unveiled during IMF and World Bank annual meetings this week. "In 2019, we expect slower growth in nearly 90% of the world.

The global economy is now in a synchronised slowdown. This means that growth this year will fall to its lowest rate since the beginning of the decade,” Georgieva said. Meanwhile, Chinese Foreign Minister Wang Yi in his recent speech at the UN General Assembly rostrum warned that protectionism could plunge the world into a recession.

Although the recent US-China trade talks have just achieved some positive results, most analysts think that it is difficult for Washington and Beijing to reach an overall trade agreement.

The trade conflicts between the RoK and Japan, the US and the EU are still taking place seriously. In this context, the world will have to continue to "live with trade barriers” and accept the fact that the global trade environment will no longer be free like is was over the past decades.