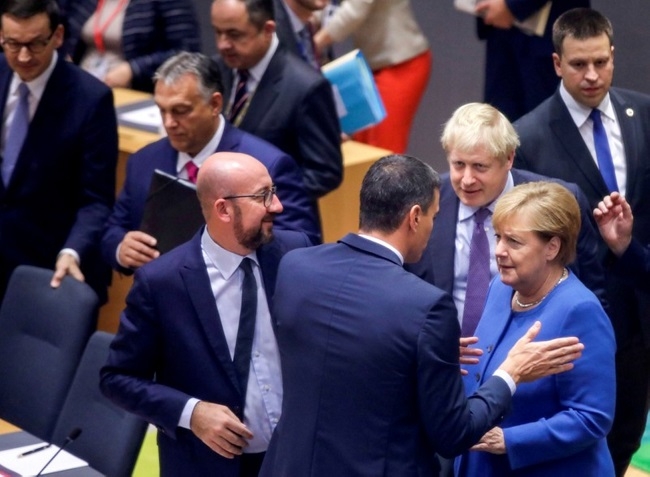 European Union leaders will discuss a new budget plan on Friday (October 18) that could allow the bloc to spend up to EUR1.1 trillion (US$1.2 trillion) in the 2021-2027 period, but deep divisions among governments could block a deal for months.

Under a proposal prepared by Finland, which holds the EU's rotating presidency, the next long-term budget should have a financial capacity between 1.03% and 1.08% of the bloc's gross national income (GNI), a measure of output.

That would allow the EU to spend between EUR1 trillion and EUR1.1 trillion for seven years with its first budget after the exit from the club of Britain, one of the top contributors to EU coffers.

The document, seen by Reuters, is less ambitious than proposals put forward by the European Commission, the EU executive, which is seeking a budget worth 1.1% of GNI. The EU parliament called for an even higher budget at 1.3% of GNI.

But the Finnish proposal moves beyond a 1% cap set by Germany, the bloc's largest economy.

Finland's midway solution has displeased most of the 27 EU states, EU officials said, anticipating long negotiations before a compromise can be reached.

Talks on budgets are traditionally among the most divisive in a bloc that in recent years has become increasingly prone to quarrels, as its states are deeply split over economic policies, financial reforms and how to handle migrants.

The Finnish proposal, which cuts spending on farmers and poorer regions, has managed to unite the divided EU leaders in its criticism.

"The text has caused nearly unanimous dissatisfaction," a diplomat involved in the talks said.

While the bloc has embarked on a range of new expensive policies, such as protecting its borders and increasing social security, states are reluctant to pay more.

Germany and other Nordic supporters of a smaller budget argue that because of Brexit, they would pay more into EU coffers even with a 1% cap because they would need to compensate for the loss of Britain's transfers.

Eastern and southern states, who benefit from EU funds on poorer regions and agriculture, are keen to see a bigger budget, and are not happy with Finland's proposed cuts on these sectors.

Under the proposal, subsidies to poor regions would drop to less than 30% of the budget from 34% now, while aid to farmers would fall to slightly more than 30% from over 35% of the total.

To complicate matters, the new budget should also include rules that would suspend funding to member states with rule-of-law shortcomings, such as limits to media freedom or the independence of judges.

This is irking states like Poland and Hungary which Brussels has long accused of breaches in the rule of law after judiciary and media reforms adopted by their far-right governments.

Friday's meeting is seen as a starting point and is not supposed to find a compromise, but divisions are so deep that many officials fear a deal may not be reached by a self-imposed December deadline. A later deal would delay the launch of spending programmes.

The Finns remained confident, however, and insist their suggested spending range would eventually be backed by EU states. "The fact that almost everybody is against our text shows we have put forward a fair proposal," one diplomat said.
Source: NDO