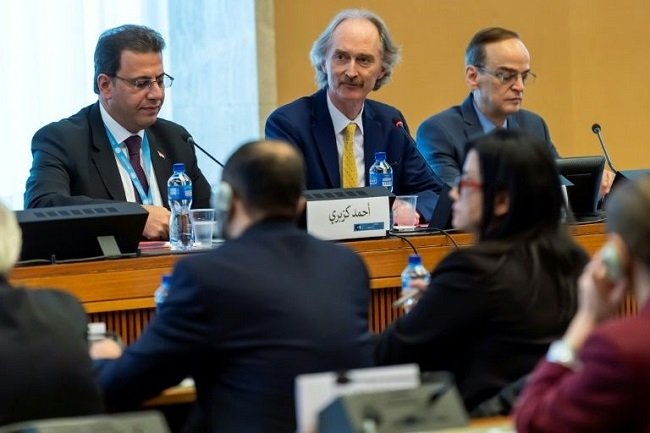 The first round of discussions among the 45-member "small body" of the Syrian Constitutional Committee was concluded in Geneva on November 8 and the new round is expected to be convened in Geneva later this month.

UN Special Envoy for Syria Geir Pedersen announced during a press conference in Geneva on November 8 that the Syrian Constitutional Committee Co-Chairs have agreed to resume their discussions on a new constitutional arrangement for Syria on November 25 at the UN offices in Geneva.

Describing the first round of the talks this week as "intensive discussions", the UN envoy told journalists that the 45-member drafting body had addressed "difficult and painful issues".

"For me the important thing is that the different sides have come together, listened and treated each other with respect, working professionally and dealing with painful, substantial issues," he said.

"I believe it has gone much better than most people would have expected," he noted.

Earlier on November 4, after the official launch and the end of the first meeting of the 150-member Syrian Constitutional Committee, the smaller drafting body of 45 members began to hold its first round of constitutional discussion here in Geneva.