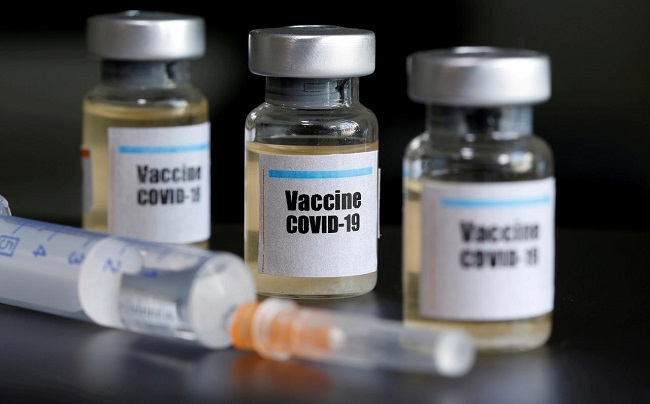 The European Union is preparing to use an emergency EUR2.4-billion (US$2.7 billion) fund to make advance purchases of promising vaccines against the new coronavirus, EU officials told Reuters. The move was discussed at a meeting of EU ambassadors on Wednesday, after Germany, France, Italy and the Netherlands said they were speeding up negotiations with pharmaceutical companies to secure access to vaccines currently under development.

The EU working on a vaccination strategy to give priority to the people most in need, like medics, nurses and the elderly.

* Australia will pledge AUD300 million (US$207 million) to provide vaccines to children in the Indo-Pacific region at a Global Vaccine Summit on Thursday, its foreign minister said on the eve of the virtual meeting. Prime Minister Scott Morrison will make the pledge at the virtual summit hosted by British Prime Minister Boris Johnson to raise funds for the GAVI vaccine alliance, a public-private global health partnership.

* Tropical Storm Cristobal is causing heavy rainfall and life-threatening flooding in parts of Mexico, but could weaken to a tropical depression by Thursday evening, the US National Hurricane Center (NHC) said. Cristobal was about 20 miles (35 km) south of Ciudad Del Carmen, Mexico, packing maximum sustained winds of 45 mph (75 kph), the Miami-based weather forecaster said in an advisory on Wednesday.

* China said it will ease coronavirus restrictions to allow more foreign carriers to fly to the mainland, shortly after Washington vowed to bar Chinese airlines from flying to the United States due to Beijing's curbs on American airlines. Qualifying foreign carriers currently barred from operating flights to China will be allowed once-a-week flights into a city of their choosing starting on June 8, the Civil Aviation Administration of China (CAAC) said in a statement on Thursday.

* India and Australia sealed a deal on Thursday to get access to each other's military bases, the Indian foreign ministry said - a pact that would clear the way for more military exchanges and exercises in the Indo-Pacific. The mutual logistic support agreement was signed during a virtual summit between Indian Prime Minister Narendra Modi and his Australian counterpart Scott Morrison.

* Four people, including three adults and a child, were shot in north London late on Wednesday and an investigation has been launched into the incident, British Police said. All four of the wounded were taken to hospital, the police said in a statement, adding there has been no arrest at this stage.

* China reported one new coronavirus case and four new asymptomatic COVID-19 cases for June 3, the health commission said on Thursday. The National Health Commission said all five of the cases were imported, involving travellers from overseas. For June 2, China reported one confirmed case and 4 asymptomatic cases. The total number of infections in China stands at 83,022. The death toll remained unchanged at 4,634.

* Russia reported 8,831 new cases of the novel coronavirus on Thursday, taking the total number of infections across the country to 441,108. The country's coronavirus crisis response centre said 169 people had died from the virus in the past 24 hours, bringing the nationwide death toll to 5,384.

* Thailand reported 17 new coronavirus cases on Thursday and no new deaths, taking the total number of infections to 3,101, of which 58 were fatalities. The new cases were Thai nationals in quarantine who recently returned from the Middle East, including 13 from Kuwait alone, said Taweesin Wisanuyothin, a spokesman for the government's COVID-19 Administration Centre. There are 2,968 patients who have recovered since the outbreak started.

* The governor of Indonesia's capital said on Thursday that movement restrictions to stem the spread of the coronavirus would be extended in Jakarta, but June would be a transition period with some rules conditionally eased.

* The number of confirmed coronavirus cases in Germany increased by 394 to 182,764, data from the Robert Koch Institute (RKI) for infectious diseases showed on Thursday. The death toll rose by 30 to 8,581, the tally showed.

* Spanish Tourism Minister Reyes Maroto said on Thursday that all restrictions to border crossings with France and Portugal will be lifted from June 22. The authorities closed the borders to everybody but Spaniards, cross-border workers and truck drivers from mid-March when the country went into lockdown to curb the coronavirus contagion.

* Israel's parliament suspended sessions scheduled for Thursday after a lawmaker tested positive for the coronavirus, while some schools shut down anew amid worries about fresh outbreaks. Israel, which has a population of 9 million, has reported 17,343 coronavirus cases and 290 deaths. More than 593,000 people in the country have been tested for the virus, the Health Ministry said.

* Police in the city of Seattle will continue to be overseen by federal monitors, the mayor said on Wednesday, days after the force drew 12,000 complaints for its handling of protests over the death of George Floyd.

* Nepal's economy is expected to suffer a hit of over US$1 billion due to coronavirus containment measures which have hurt business activity and tourism in the Himalayan nation, a central bank official said on Thursday. The country, wedged between China and India, has been under a lockdown since March, when two cases were reported. Confirmed coronavirus cases have since risen to 2,300 with nine fatalities, and officials say the peak could be months away.

* Uzbekistan will allow many businesses, including restaurants and cafes, clothing retailers and kindergartens, to reopen on June 15 in the latest easing of its coronavirus restrictions, the government said on Thursday. Bus routes will also start operating on the same date between some provinces in areas deemed low-risk, it said. Central Asia’s most populous nation of 34 million has confirmed 3,874 coronavirus cases and 16 deaths.

* Libya's internationally recognised leader will meet President Tayyip Erdogan in Turkey on Thursday as the allies seek to lock in recent gains on the battlefield near Tripoli ahead of a new round of talks on a potential ceasefire. Turkey began providing military support to Fayez al Serraj's Government of National Accord (GNA) in November after signing a military cooperation pact alongside a maritime demarcation deal, which gives Ankara exploration rights in the Mediterranean that Greece and others reject.

* Iran has signed a two-year contract with Iraq to export electricity to the neighbouring country, Iranian state news agency IRNA on Thursday quoted the country's Energy Minister Reza Ardakanian as saying. The agreement comes amid sanctions reimposed on Iran since 2018 which forbid countries from purchasing Iranian energy. US President Donald Trump in 2018 exited Iran's 2015 nuclear deal and reimposed the sanctions on Tehran that have battered its economy.

* Forces fighting for Libya's internationally recognised government said on Thursday they had regained control over Tripoli and a military source with the eastern forces that have been attacking the capital said they were withdrawing. The Government of National Accord (GNA) military operations room said in a statement it had control over all borders of the Tripoli city administrative area.