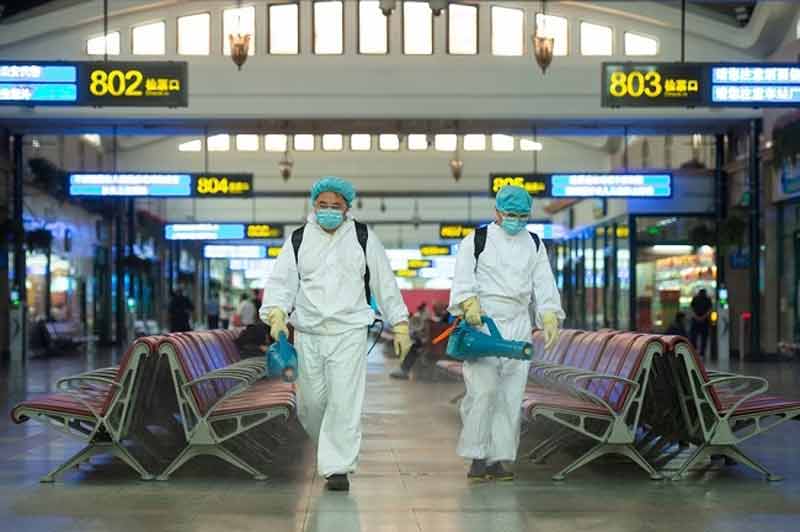 * Mexico on Sunday reported 5,343 new infections and 1,044 additional deaths from the coronavirus that causes COVID-19, the health ministry said, bringing the totals for the country to 180,545 cases and 21,825 deaths.

* Brazil, the world's No. 2 coronavirus hot spot after the United States, officially passed 50,000 coronavirus deaths on Sunday, a blow for a country already grappling with more than 1 million cases, rising political instability and a crippled economy. Brazil now has a total of 1,085,038 confirmed cases and 50,617 deaths, up from 49,976 on Saturday, the Health Ministry said.

* Italy reported 24 deaths from COVID-19 on Sunday, compared with 49 a day earlier, the Civil Protection Agency said, while the daily tally of new cases stood at 224 from 262 on Saturday. The country's death toll since the outbreak came to light on Feb. 21 now stands at 34,634, the agency said, the world's fourth-highest after the United States, Brazil and Britain. The number of confirmed cases amounts to 238,499, the eighth-highest global tally.

* Nuclear weapons talks between the United States and Russia started in Vienna on Monday, with the two countries' envoys making only guarded comments shortly before they met. New START imposes the last remaining limits on US and Russian deployments of strategic nuclear arms to no more than 1,550 each. It can be extended for up to five years if both sides agree to.

* Russia on Monday reported 7,600 new cases of the coronavirus, pushing its nationwide case total to 592,280, the world's third largest tally. The coronavirus taskforce response said 95 people had died in the past 24 hours, bringing the official death toll to 8,206.

* The Spanish government wants to decide this week on which countries to keep travel restrictions as it reopens to tourism after the coronavirus lockdown, the health minister said on Monday. One of the worst-hit nations, Spain has registered 246,272 cases and 28,323 deaths.

*A minute's silence will be held on Monday for the victims of a stabbing attack that left three people dead and three others seriously injured in the English town of Reading. Police said it was a terrorism attack and described it as an atrocity. They have detained a man and say they are not searching for any other suspects.

* New Zealand on Monday extended a ban on cruise ships arriving in the country and tightened measures for visitors to exit quarantine, after reporting more coronavirus cases linked to overseas travel. New Zealand has recorded 1,163 confirmed cases of COVID-19 in total.

* Thailand hopes to ease some coronavirus restrictions on foreigners entering the country after going for 28 days without recording any domestic transmissions, a senior official said on Monday. Those who will benefit from the easing of restrictions will include business executives, skilled workers and foreigners who live in Thailand. Thailand, which has banned international commercial flights up to the end of June, has recorded 3,151 cases and 58 deaths related to COVID-19, the disease caused by the novel coronavirus.

* Poland's President Andrzej Duda will discuss health, security and development with US President Donald Trump during a visit to Washington on June 24, his top aide told Polish public radio. Duda will be the first foreign leader to visit the White House since the start of the coronavirus pandemic on a trip just four days ahead of Poland's presidential election on June 28, and which was announced unexpectedly last week.

* The number of deaths in France from COVID-19 has risen by seven from the previous day to stand at 29,640 said the country's national health service on Sunday. The number of confirmed coronavirus cases rose by 284 to 160,377. France has the fifth-highest coronavirus death toll in the world, although the rate of casualties has dropped sharply over the last two months, allowing the country to gradually reopen its economy.

* The number of confirmed coronavirus cases in Germany increased by 537 to 190,359, data from the Robert Koch Institute (RKI) for infectious diseases showed on Monday. The reported death toll rose by 3 to 8,885, the tally showed.

* Prime Minister Boris Johnson will unveil the latest easing of Britain's coronavirus lockdown on Tuesday when he will also announce the conclusion of a review into whether a two-metre rule on social distancing should be relaxed, his office said. Britain has one of the highest death tolls in the world from COVID-19, but the number of cases has been steadily falling in recent weeks. The death toll on Sunday of confirmed cases rose by 43 to 42,632, one of the lowest increases since the lockdown was imposed in March.

* Police in The Hague said they detained some 400 people on Sunday after demonstrators refused to leave a protest against the Dutch government's social-distancing measures put in place to halt the spread of the coronavirus.

* Hundreds of thousands of Egyptian high-school pupils armed with masks, gloves and hand sanitizers started their final exams on Sunday, despite objections from some parents worried about spreading the coronavirus. Nearly 670,000 pupils from state and private schools, and 128,000 from religious schools, were due to sit the exams. They come at a time when Egypt has seen an acceleration of coronavirus cases, with confirmed infections surging to 53,758, including 2,106 deaths.

* Taliban militants kidnapped about 60 civilians in central Afghanistan over the past week, officials said on Sunday, with more than half still being held amid efforts by the United States and other foreign powers to start peace talks. A Taliban spokesman denied kidnapping the civilians.