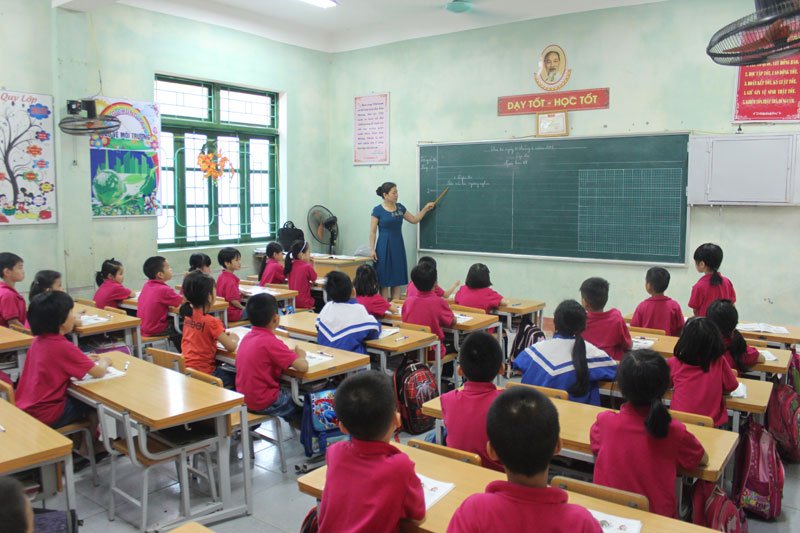 To build schools meeting the national standards with a focus, every year the Department of Education and Training assigns specialized departments, education and training offices of the districts and the city to plan the needs for purchasing and supplementing the equipment to build schools meeting the national standards based on the school's infrastructure and funding sources. The Department of Education and Training directs all levels of educational management to regularly inspect, urge and remind the localities, the parents of students to take care so that the infrastructure cannot be degraded. They have actively coordinated with the localities in implementing the schedule and the roadmap for building schools meeting the standards. They have also directed the schools reaching level 1 to develop plans and positive solutions to upgrade to level 2. The schools basically meeting the standards have been timely recognized, the mandatory requirements for all levels of educational management have been set out and the local authorities at all levels are requested to focus on investing in a synchronous manner according to the regulations, and completing the unsatisfactory contents.

The teaching equipment has been equipped more, sufficiently and in a modern direction so that the schools can better organize the teaching and extra-curricular activities. The investment in the infrastructure, facilities and equipment for primary schools has been strengthened to ensure the conditions and the standards meeting the national standards. The infrastructure, educational facilities and teaching equipment have been upgraded. Specifically, they have been investing in building more classrooms, functional rooms, sanitation works, semi-boarding kitchens ..., At the same time, the management, the proper use and the effective investment resources have been in use. It is necessary to ensure that there is enough rate of 1 classroom a class to arrange 2 teaching sessions a day. There must have enough toilets for students, especially at the remote schools.