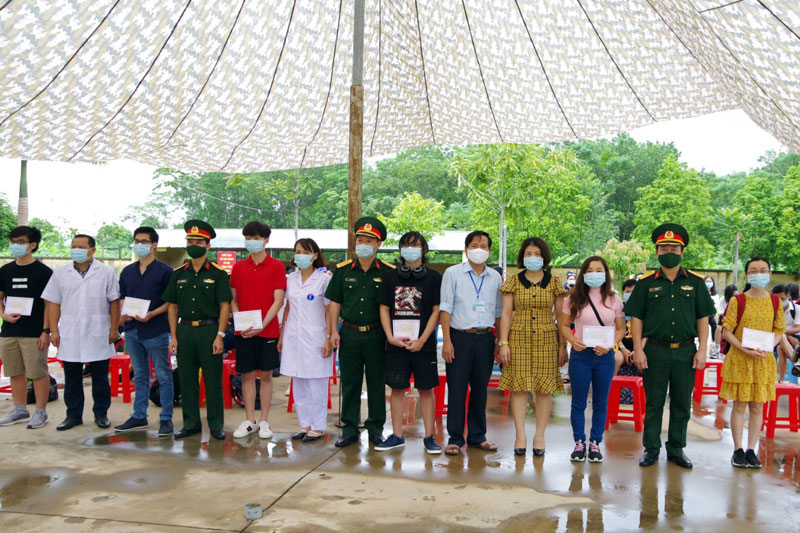 Leaders of the Centre for Disease Control of and Military High Command of Hoa Binh hand over the certificate of finishing the quarantine period to the citizens.

The 80 citizens are 44 men and 36 women, aged two months old and 85 years old. Throughout the quarantine time, they received daily health check-ups. They tested negative to coronavirus twice. All are in good health conditions now.

At the ceremony to present the certificates, provincial authorities advised the receivers to continue conducting self-quarantine at home within 14 days for supervision in line with the regulations./.