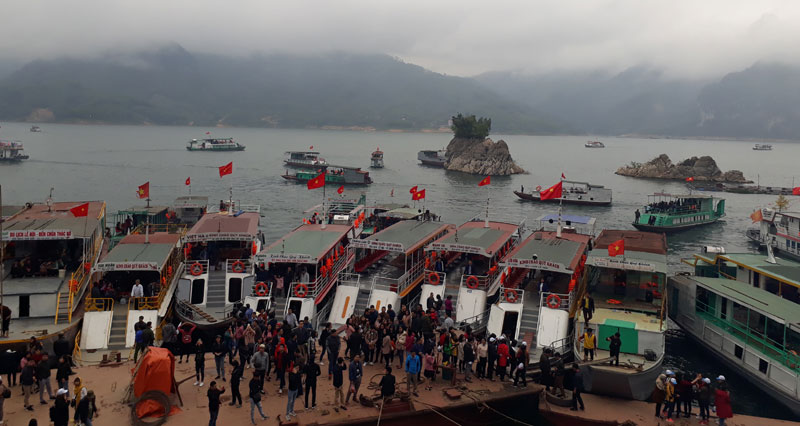 (HBO) - Being considered as a miniature Ha Long Bay and highlighted by the complex of Thac Bo spiritual heritage, Hoa Binh lake has become a tourist attraction for many years. They have been paying attention to the investment, the embellishment of the monuments, the development of tourism products, especially the investment and upgrading the infrastructure for tourism, contributing to expanding the roads to the resort of Hoa Binh lake tourism.

Thac Bo Temple belonging to the area of Hoa Binh lake tourism is always crowded with boats during the festive season.

The project of improving and upgrading the provincial road 435 was approved by the Provincial People's Committee in the Decision No.1644/ QD-UBND, dated on August 30, 2017. It has a total investment of 756 billion VND, funded by government bonds in the period of 2016-2020. The total length of the whole route which has been adjusted is up to 21.18 kilometers. It has been designed according to the standards of grade III - the mountainous areas: the starting point is at Binh Thanh junction to Thung Nai, Cao Phong district and the end point is in the area of Liem hamlet, commune Ngoi Hoa, now it is Suoi Hoa commune, Tan Lac district.

Although it is at the planning of a national tourism area, Hoa Binh lake has long been known as an attractive tourism destination. On average, the area of Hoa Binh lake tourism welcomes hundreds of thousands of visitors every year visiting, enjoying and celebrating on the complex of Thac Bo relic.

According to the statistics of the Department of Transport, currently there are 269 inland waterway vehicles regularly transporting passengers in the area of Hoa Binh lake (including 33 vehicles for both freight and passenger). It is expected that the density of means of waterway transport on the route of Hoa Binh lake will increase. The province has coordinated with relevant ministries and appropriate authorities to carry out the planning of 40 inland wharves on Hoa Binh lake in Da Bac, Cao Phong, Tan Lac and Mai Chau districts. They include 15 passenger wharves and 25 general wharves, mainly market ones (both for freight loading and unloading and passenger welcoming as well). Simultaneously 5 ports, including Ngoai Hoa Bay, Ba Cap, Bich Ha, Thung Nai, and Sung island will be planned.

To ensure traffic safety in the area of Hoa Binh lake and the planning of the investment, the embellishment of ports, wharves, yards, the special attention has been paid to the vehicle management. The Inspectors of the Department of Transport have collaborated with the People's Committee of Hoa Binh City, the Department of Traffic Police (the Provincial Police Department), the representatives of the Region II Inland Waterway Port Authority in Hoa Binh and the Inspection Team of Inland waterways to inspect the traffic order and safety on the road of Hoa Binh lake for the preparation of the festive season in 2020.

Hoa Binh lake is the largest artificial lake in Southeast Asia It has a length of 70 km, spreading over the areas of 17 communes in 5 districts and the city of the province. In the area of the lake, there are 47 large and small islands, including 11 limestone islands with an area of 116 hectares, 36 mountain islands with the area of nearly 160 hectares. In addition to the charming and romantic natural scenery, the lake area has a unique culture of the ethnic minorities of Muong, Tay, Dao, Thai, which is a great opportunity to develop different types of tourism such as exploring, resort and community tourism.

In the area of Hoa Binh lake, there are famous spiritual addresses such as Thac Bo temple, Co temple, Cau temple, King Le stele with profound cultural and spiritual values, which have become a pilgrimage destination for tourists all over the country. Currently, the province is taking steps to invest and embellish the area of Hoa Binh lake tourism to meet the criteria of the national tourist area soon. 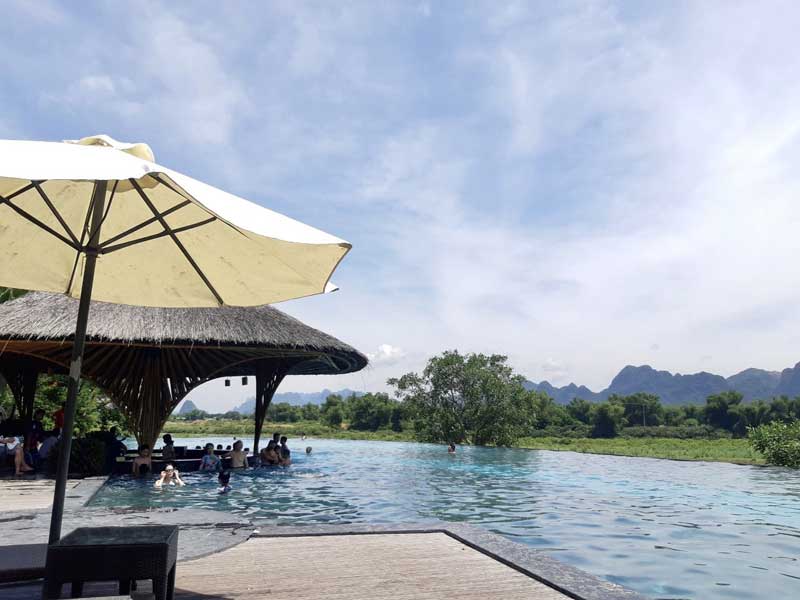 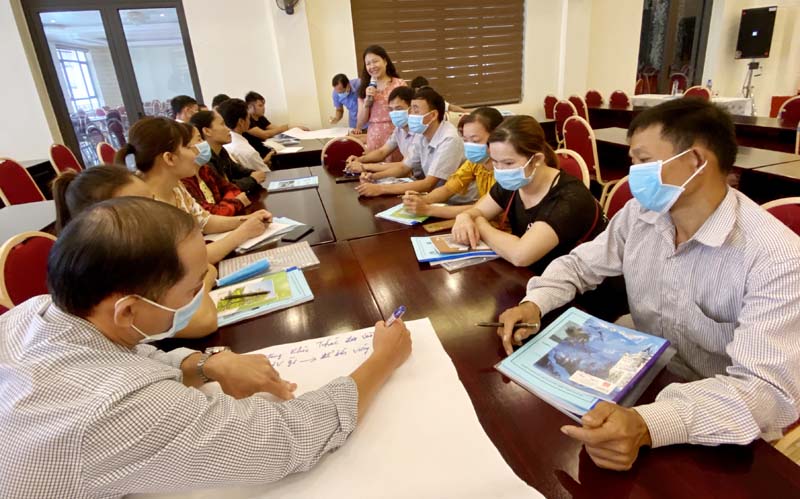