(HBO) - The Hoa Binh chapter of the Vietnam Women’s Union held a conference to honour members with excellent performances in emulation campaign between 2015 and 2020. The event included a show of Vietnamese traditional long dress ‘Ao dai’. 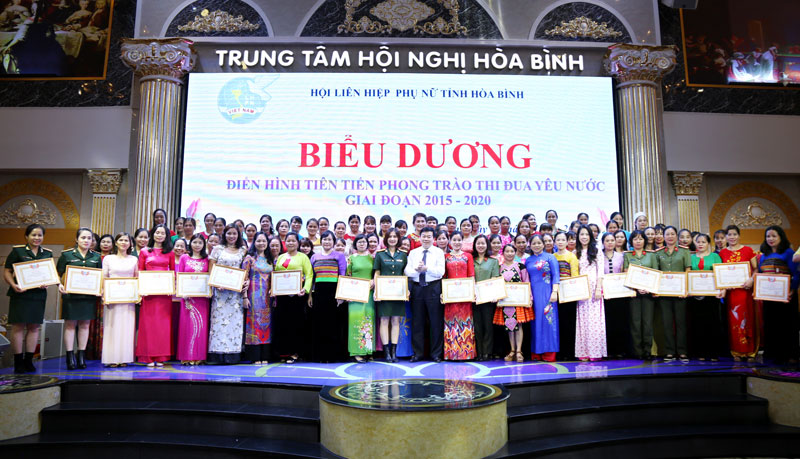 Members of the Hoa Binh female entrepreneurs’ association stage Ao dai at the ‘Ao dai – Vietnam’s cultural heritage’ as part of the conference.

During the period, the union’s chapters at all levels in the province effectively joined emulation campaigns across several sectors. Highlights of these campaign included the "Women proactively study, work, innovate, and build happy families” in line with the Politburo’s Decree 03 and 05; and the "Building five ‘No’ and three ‘clean’ families” drive in line with the new-style rural building programme.

As many as 45 former leaders of the chapters were transferred to higher posts at public agencies and organisations. A total of 3,632 organisations and women from different spheres were honoured and became models to be replicated.

At the function, participants enjoyed the ‘Ao dai – Vietnam’s cultural heritage’ show staged by members of the Hoa Binh female entrepreneurs’ association; and engaged in a talk with outstanding women from the districts of Lac Son, Mai Chau, Yen Thuy, and Cao Phong. They also watched a reportage on outcomes gained by the chapters at different patriotic campaigns.

The conference bestowed certificates of merit on 22 organisations and 68 individuals./.