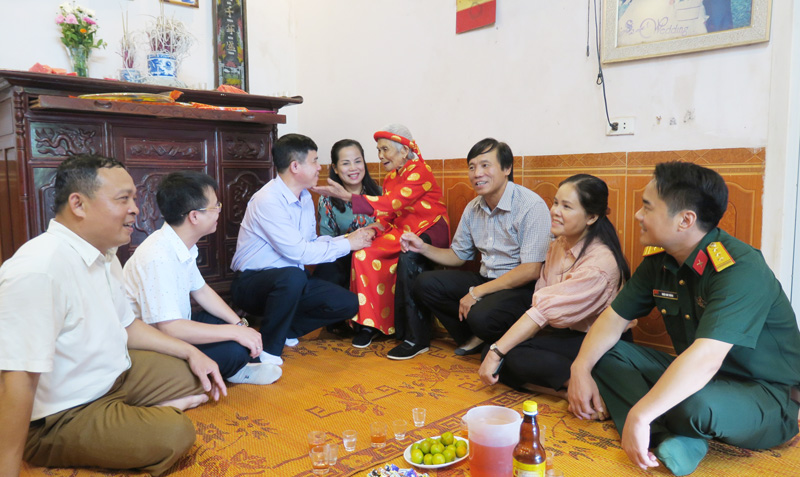 To date, 99 percent of the province’s policy beneficiary families have reached the local average living standards while all communes, wards and townships have provided good support for relatives of martyrs, invalids, people rendering services to the country. About 1 percent, or 158 policy beneficiary households, are living below the local average living standards, mainly because they are the elderly, people with sickness or without a breadwinner.

According to leaders of the provincial Department of Labour, Invalids and Social Affairs, to promote local campaigns to pay tribute to martyrs, invalids and contributors to the revolution, it is necessary to strengthen Party and government leadership and coordination among local departments and agencies in carrying out support policies for these people.

It is also important to educate people, particularly young generations, on the country’s tradition of "When drinking water, remember its source,” and step up emulation movements in implementing support policies./.