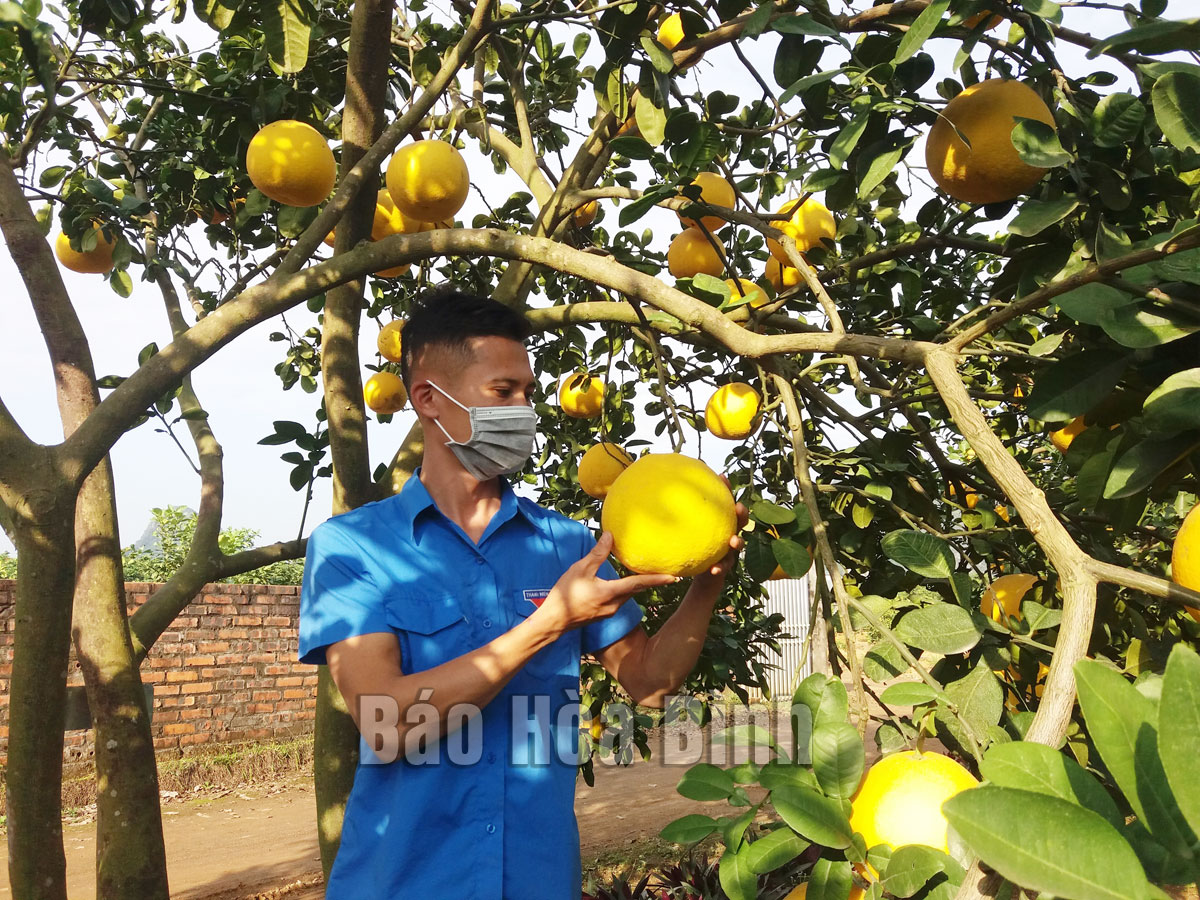 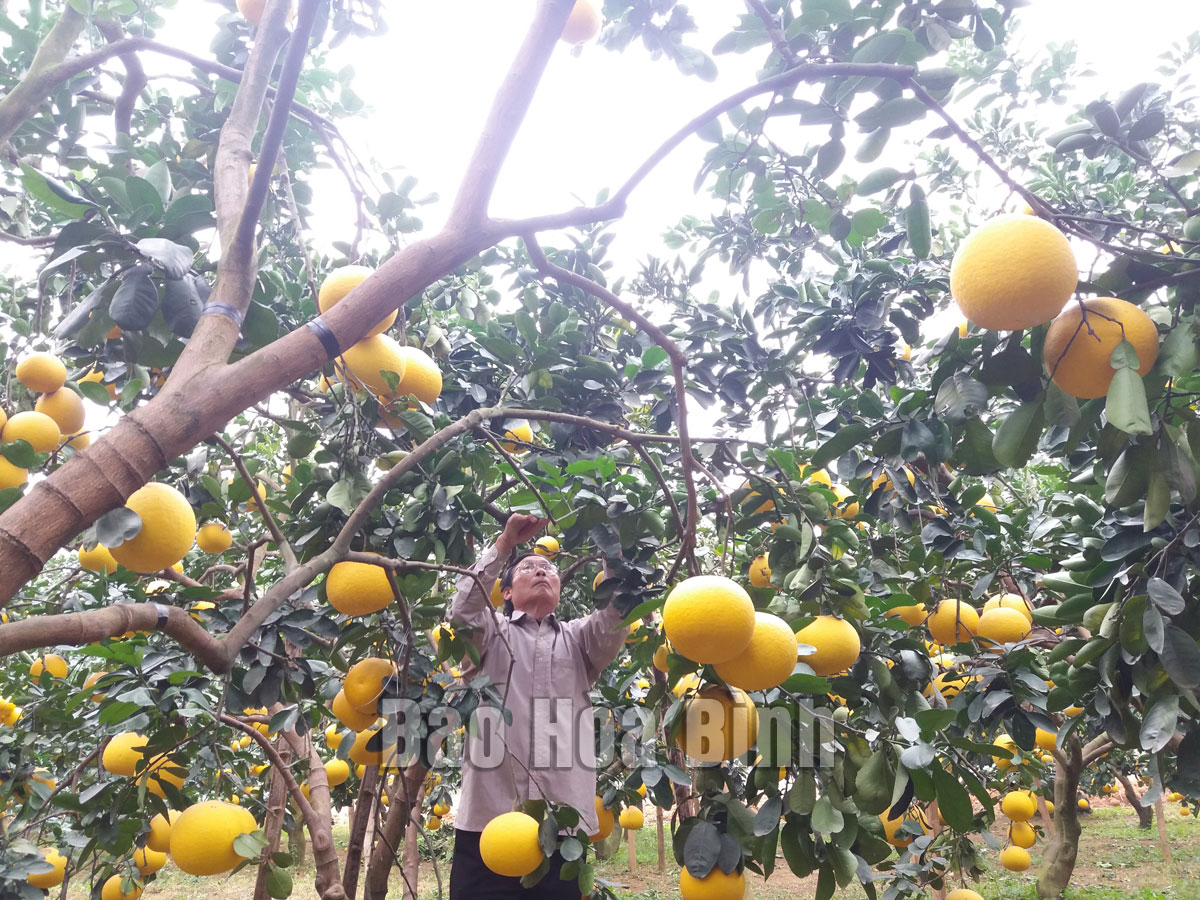 Mr. Pham Thua Dung is one of the first to bring Dien pomelos to Dai Dong hamlet, Ngoc Luong commune. 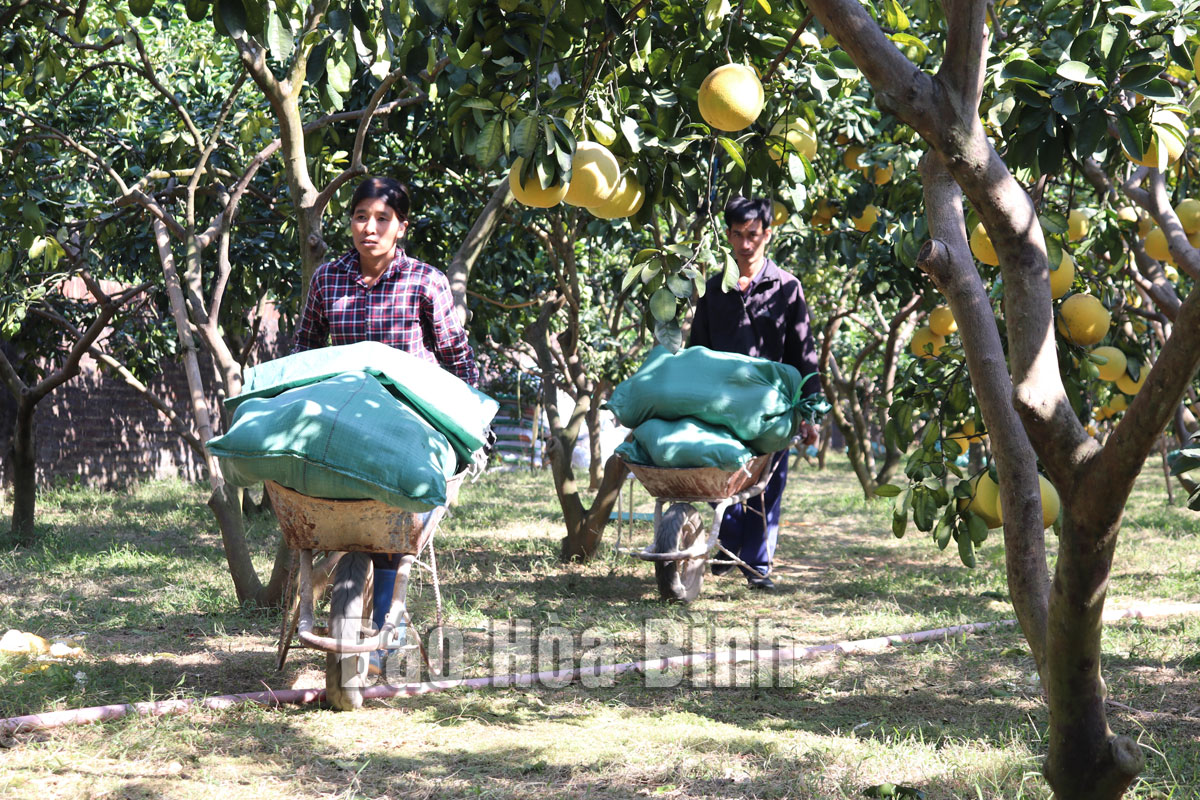 The variety of Dien pomelos is fragrant, sweet and succulent has been attracting many traders to purchase at the gardens. 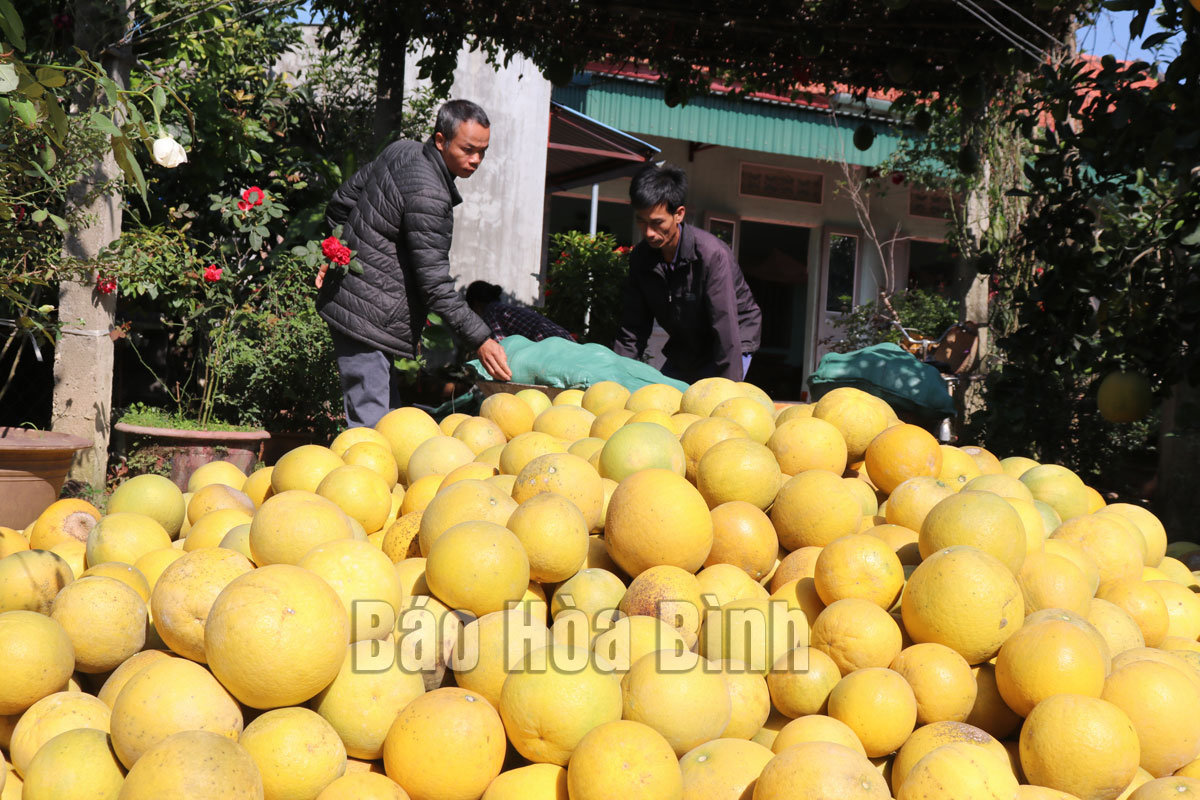 The high quality with good price, Dien pomelos have brought the stable income for many families in the district.