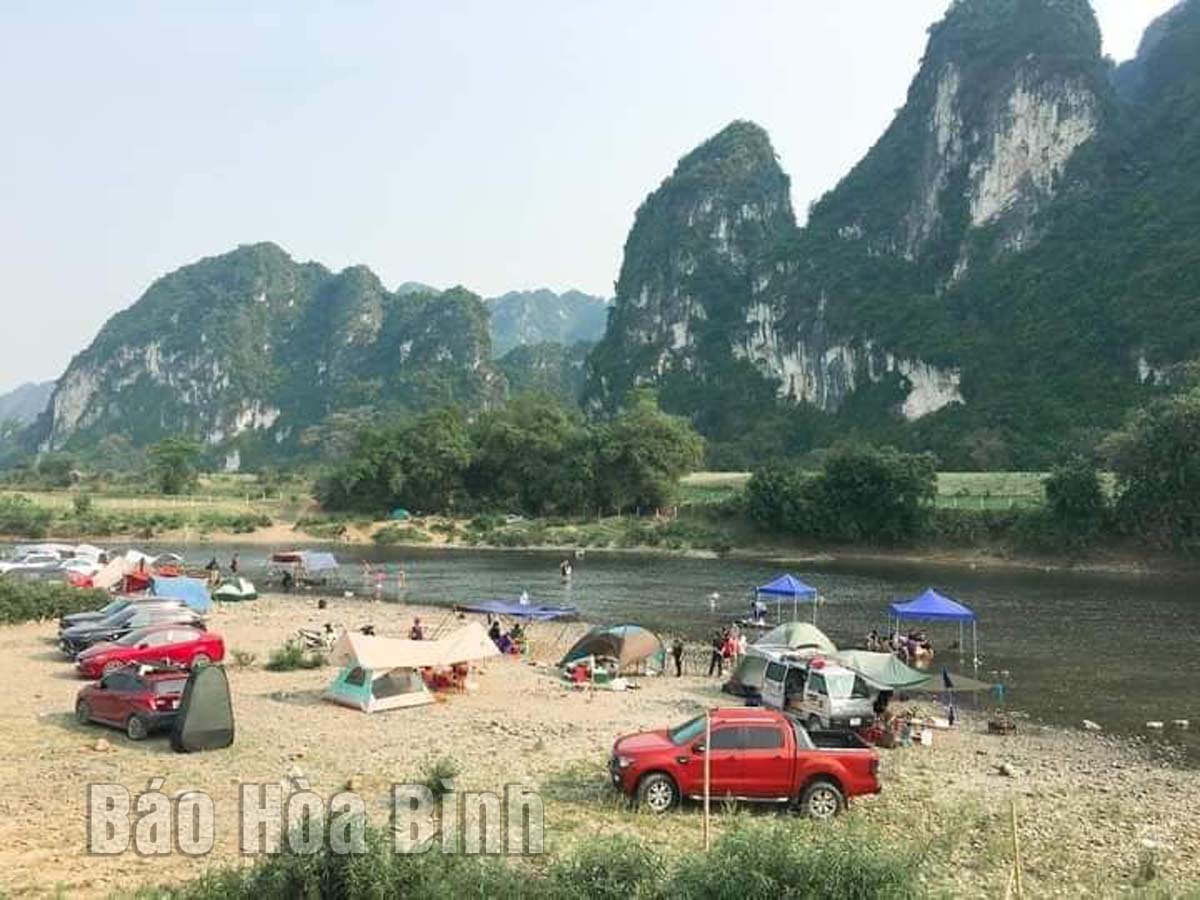 The scenery of Bai Ca viewed from above. 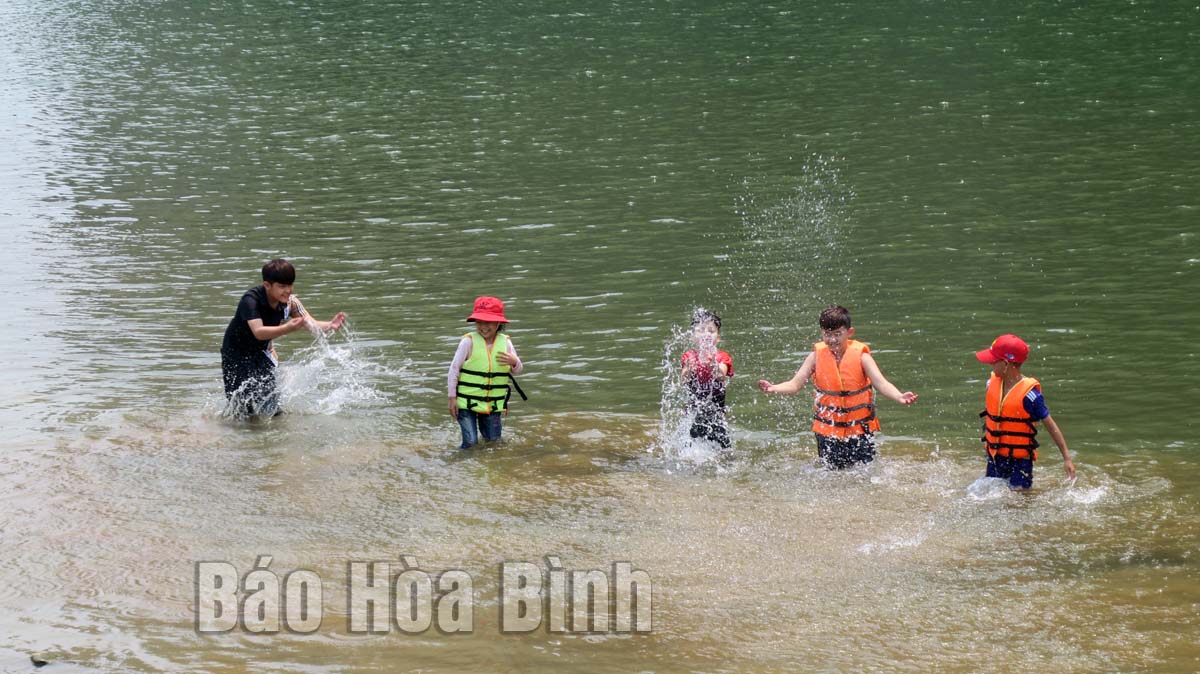 The small tourists are enjoy immersing themselves in the cool water of Boi River. 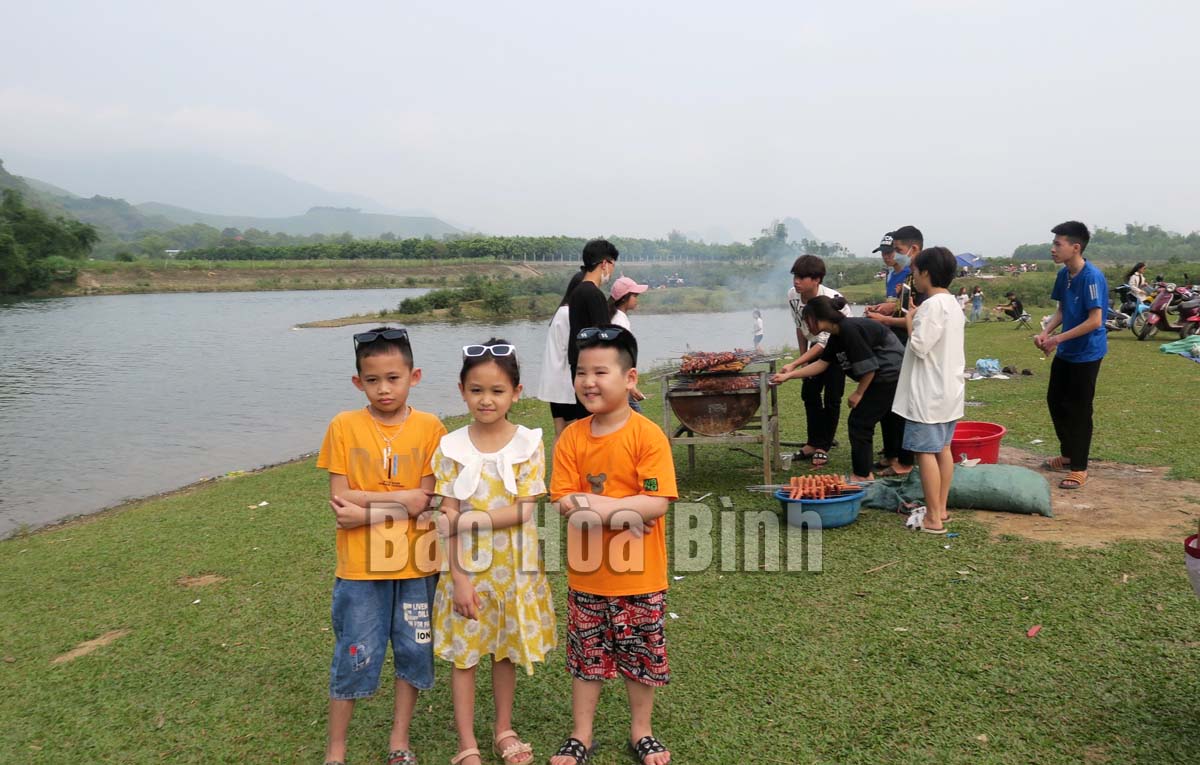 The young people are eagerly preparing for a small outdoor party. 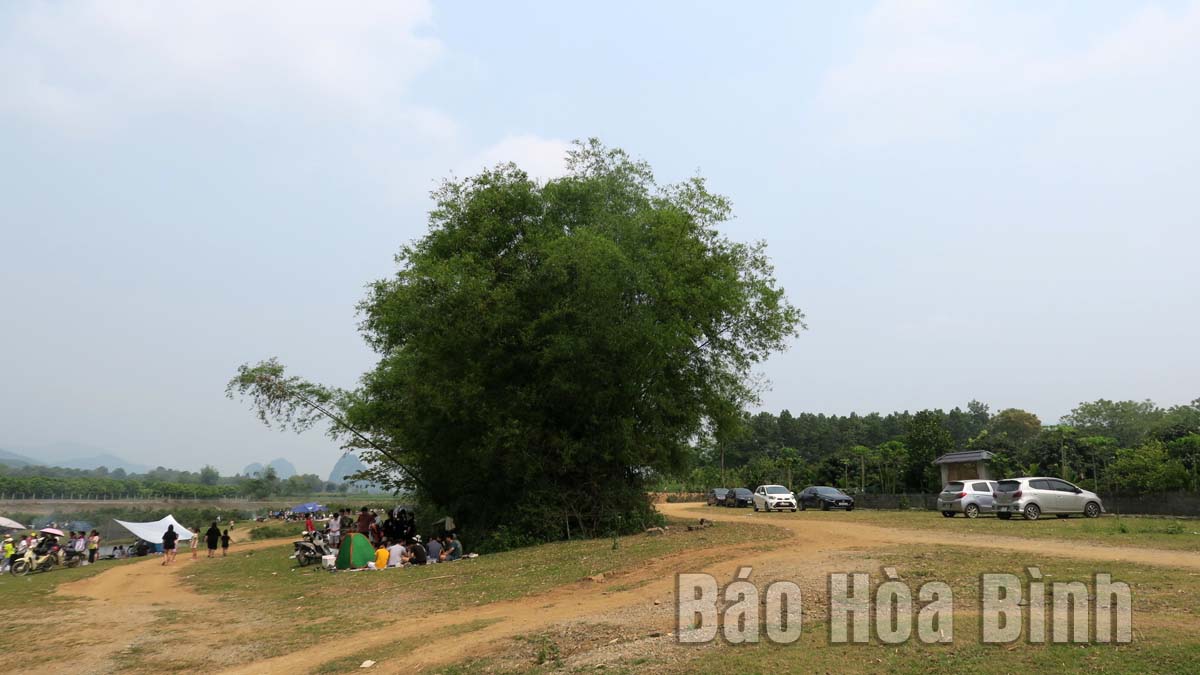 The grove of the old bamboo - adorning the charming scenery. 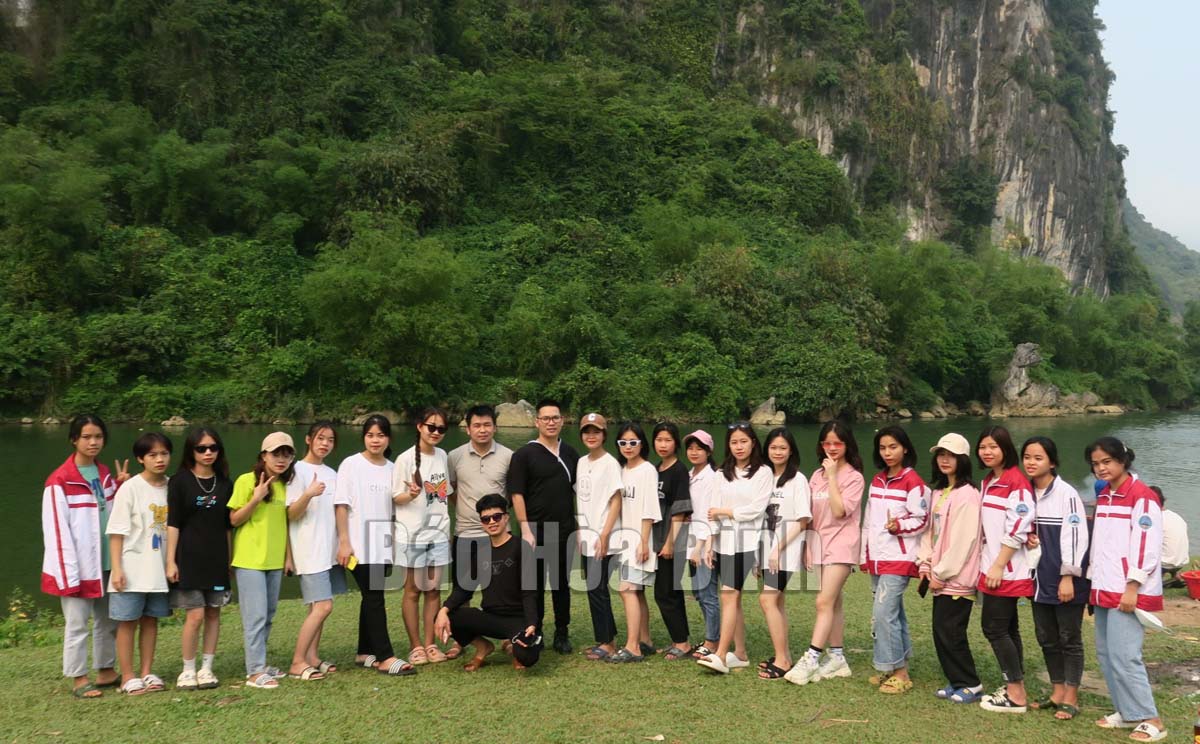 The teachers and students of Sao Bay High School (Kim Boi) have chosen Bai Ca for their picnic at the weekend.