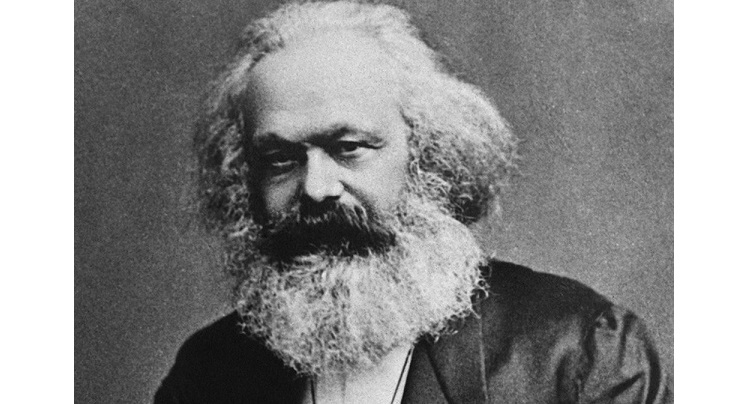 President Tran Dai Quang has written an article entitled "Great Ideology of Karl Marx with the Revolution of Vietnam” on the occasion of the 200th anniversary of the birth of Karl Marx, the great ideologist and outstanding leader of the working class and oppressed peoples around the world.

Karl Marx and Frederic Engels built the revolutionary and scientific theological system which is considered to be the guideline and sharp spiritual weapon that led the revolutionary cause of the working class and workers around the world in the fight against oppression and exploitation.

The Manifesto of the Communist Party, compiled by Marx and Engels, was first published in February 1848, it carries great theoretical and practical significance to the international communist and workers’ movement as well as for the development of the world and the progress of humankind.

The President spoke highly of the contributions of Karl Marx to various fields such as philosophy, political economy, and scientific socialism. With a complete theoretical system consisting of three components: Marxist philosophy, Marxist political economy, and scientific socialism, Marx and Engels created a scientific worldview and a revolutionary methodology to identify and improve the world, as Vladimir Lenin asserted, Marxism is a universal and exact doctrine. It is considered to be a sharp theoretical weapon for the working class and the workers around the world in the fight against oppression and exploitation, towards a brighter future.

He went on to say that based on the fundamental principles of Marxism and from the reality of revolutionary struggle, Lenin successfully inherited the excellent legacy of Marx and Engels. He also supplemented and developed Marxism on many important issues in the context of capitalism’s shift to the stage of imperialism, with theories on imperialism and proletarian revolution; the strategy and tactics of the proletarian class in the new age; ethnicity, colonialism, and the national liberation movement; and the role of the Communist Party and the State during the transition to socialism.

The President also affirmed that for Vietnam, Marxism-Leninism has become a material strength and valuable spiritual asset associated with the patriotic tradition. On the path to find the truth for national salvation, the young patriot Nguyen Tat Thanh, Nguyen Ai Quoc, and later President Ho Chi Minh, soon absorbed the light of Marxism-Leninism. He found a way to liberate colonised peoples in association with the struggle of the proletarian class.

From the beginning of 1923, Nguyen Ai Quoc asserted that only communism can save mankind, giving freedom, equality, charity, unity, wealthy, joy, peace and happiness to all without distinction of race or origin. The Communist Party of Vietnam was born in 1930 as a result of the combination of Marxism-Leninism with the workers’ movement and the patriotic movement in Vietnam, creating a great turning point in the history of the nation.

Since its inception, the Party and the great President Ho Chi Minh have always taken Marxism-Leninism as the guideline for thoughts and action; creatively applied and developed Marxism-Leninism in the concrete conditions of the Vietnamese revolution, as well as combine skilfully issues related to class and the nation, and the national independence and socialism to lead the Vietnamese revolutionary from victory to victory. From the great victory of the August Revolution in 1945, which gave birth to the Democratic Republic of Vietnam (now the Socialist Republic of Vietnam) – the first ever people’s democratic State in Southeast Asia, under the sound leadership of the Party and beloved Uncle Ho, the Vietnamese people continued to gain glorious victories in the resistance wars against the French colonialists and the US imperialists to complete the national democratic revolution and succeed in the cause of national reunification to transit to socialism.

From the late 1980s to the early 1990s, due to many objective and subjective causes, the socialist regime in the Soviet Union and some Eastern European countries collapsed; the socialism and international communist and worker movements fell into recession. This is a great loss to the world’s revolutionary movements, but some countries have steadily followed the path to socialism with communist ideology and implemented the renewal process.

The Communist Party of Vietnam has always maintained the revolutionary nature of the working class, steadily followed Marxism-Leninism and Ho Chi Minh’s Thought and the way of renewal, considering this as an urgent requirement of the revolutionary cause and a vital matter. History has shown that along with the development of the times, Vietnam needs to persist in the development of Marxism-Leninism and clearly identify that the renewal process does not mean an abandonment of the goal of socialism, but remaining aware of socialism in a correct and effective manner. Over 30 years of renewal process, the country has obtained great achievements of historical significance, affirming the renewal of the Party is correct and creative. The road to socialism in Vietnam should be in line with the country’s situation and the developmental trend of history. The revolutionary practice in Vietnam during the past 88 years is a lively and convincing proof of the great value and longevity of Marxism-Leninism, the President noted.

On the occasion of the 200th anniversary of the birth of Karl Marx, the State leader called on each Party member and Vietnamese person to promote research and to creatively develop and contribute to the theoretical treasure of Marxism-Leninism as well as actively studying and selectively acquiring development theories and advanced social science achievements around the world; while continuing to clarify the perception of socialism and the path to socialism in Vietnam.

In light of Marxism-Leninism and Ho Chi Minh’s Thought, Vietnam firmly pursues the fine ideology of communism and the path to socialism that the Party, beloved Uncle Ho and the people have chosen. People across the country are determined to comprehensively and synchronously promote the renewal process, bring into full play the strength of the national unity bloc, seize opportunities and overcome all challenges to strive for the successful construction of socialism, and firmly protect the socialist fatherland of Vietnam for the sake of a prosperous people, strong country, democracy, justice, and civilisation.