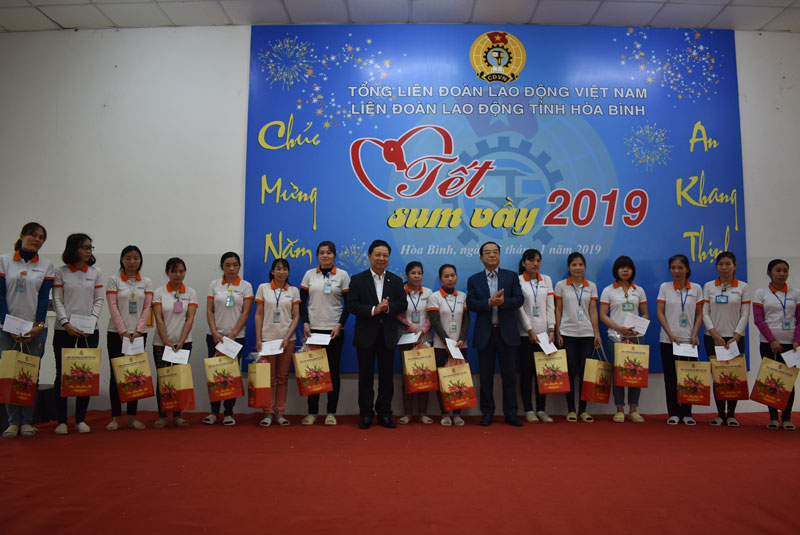 Addressing the ceremony to present the gifts, on behalf of the Presidential Office, Trung thanked foreign firms in Vietnam for paying attention to taking care of workers, especially poor ones.

He underlined that during their production and business development, the companies should make more efforts to care for poor workers, especially during Tet and other festivals. On the occasion of the New Year, he wished the workers good health and a happy and warm Tet festival, expressing his hope that they will make more contributions to boosting the fast and sustainable growth of Hoa Binh.