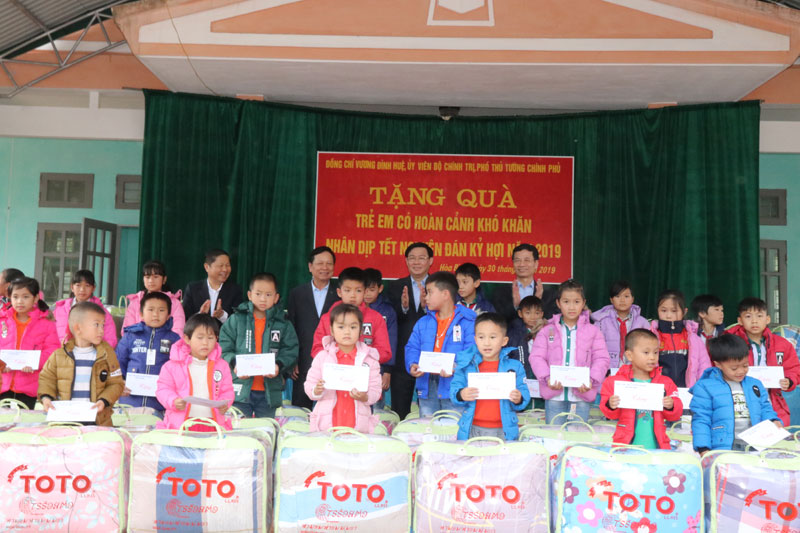 (HBO) – On the occasion of the lunar New Year (Tet) festival, Politburo member and Deputy Prime Minister Vuong Dinh Hue on January 30 led a delegation to visit and present gifts to poor households and disadvantaged children in Hoa Binh province.

Having expressed his sympathy with the poor living conditions of disadvantaged households in the two communes, Hue emphasised that the Party and State’s policy is to ensure all Vietnamese people can enjoy a warm Tet. Therefore, over the past years, the Party, State, social organisations, and individual donors have paid particular attention to caring for those less fortunate during the Tet holidays.

Priority has been given to improving not only the material, but also spiritual life of people, especially those living in disadvantaged circumstances.

He added that the State is speeding up agricultural restructuring, new-style rural area building, production development, and job generation in rural areas, thus raising the living standards of local people.

The Deputy PM asked local Party organisations and authorities to continue supporting poor households and policy beneficiaries, and to encourage them to exert efforts to overcome their difficulties.

On this occasion, he extended his best wishes to all officials, people and labourers in Hoa Binh province, hoping that they continue doing their utmost to gain better achievements in labour and production./.