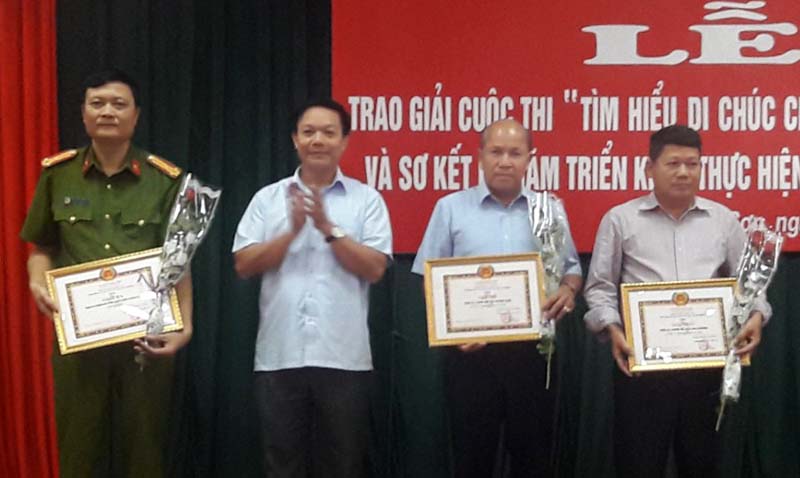 Luong Son launched the quiz on June 24, inviting entries from all Party units, local Fatherland Front Committees, socio–political organisations and others in the district to widely promote the core values of President Ho Chi Minh’s testament and his ideology.

The board has presented awards to 15 individuals and organisations. The first team prize went to the Party Committee of Cao Duong commune, followed by those of Trung Son commune and the district police.

Additionally, one special, one first, two second and five third prizes were awarded to individuals. Hoang Thi Chien from Luong Son township was honoured with a special prize and the prize for best entries.

At the awarding ceremony, Chairman of the district’s People’s Committee presented certificates of merit to three organisations and four individuals in recognition for their outstanding achievements in implementing the Politburo’s directive./.