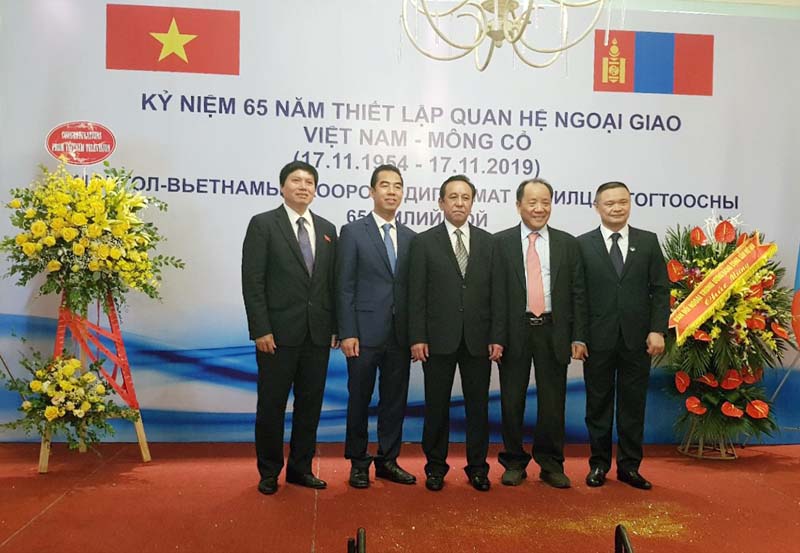 Tran Dang Ninh, Permanent Deputy Secretary of the provincial Party Committee and Chairman of the provincial People’s Council of Hoa Binh, meets with leaders of the Vietnamese Ministry of Foreign Affairs and representatives from the Mongolian Embassy in Hanoi at the ceremony.

At the event, Mongolian Ambassador to Vietnam Bilegdorj Dash reviewed the diplomatic relations between the two countries since 1954.

Since 2018, both sides have organised many working trips to boost cooperation in student exchanges, tourism and culture popularisation, agricultural development, and investment projects, among others.

Several departments of Hoa Binh and Tuv provinces inked three MoU on cooperation in agriculture and rural development, education and training, culture and art during the Hoa Binh province delegation’s visit to the Mongolian locality from June 4-8./.