(HBO) – The Standing Board of the provincial Party Standing Committee has held a gathering to mark the 90th founding anniversary of the Communist Party of Vietnam (CPV) (February 3, 1930-2020). 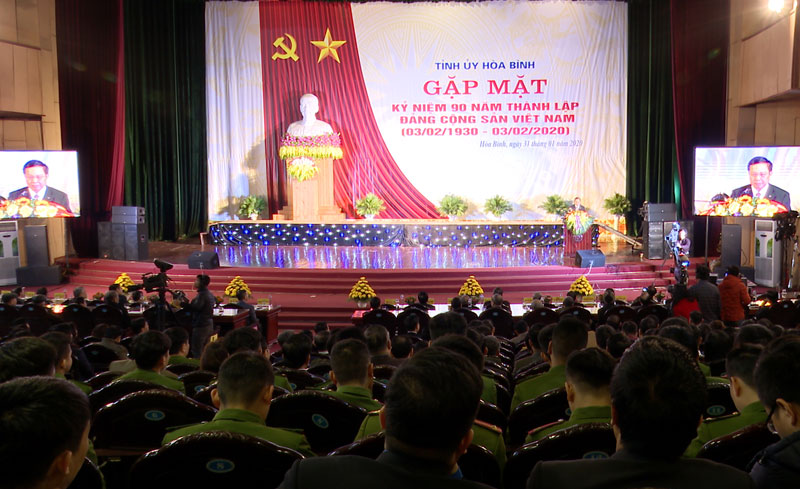 He wanted more heed to be paid to the organization of local-level Party congresses for the 2020 – 2025 term for the successful organisation of the province’s 17th Party Congress and the 13th CPV Congress. The province will also continue implementing the resolutions of the 11th and 12thParty Central Committees and thePolitburo’s Directive 05-CT/TW on studying and following President Ho Chi Minh’s thoughts, moral example and style, he said.

The Secretary of the provincial Party Committee expressed his belief that the Party organisation, authorities and people of Hoa Binh will develop the province, contributing to fulfilling President Ho Chi Minh’s wish in his testament – to build a Vietnam of peace, unity, independence, democracy and prosperity.

The Standing Board of the provincial Party Committee took the occasion to award the 60-year Party membership badges to two former leaders of the province and present certificates of merit to the Party organisations of Hoa Binh Newspaper and Hoa Binh Television in recognition of their outstanding results at the Bua Liem Vang (Golden Hammer and Sickle) Press Award during four years from 2016 to 2019./.