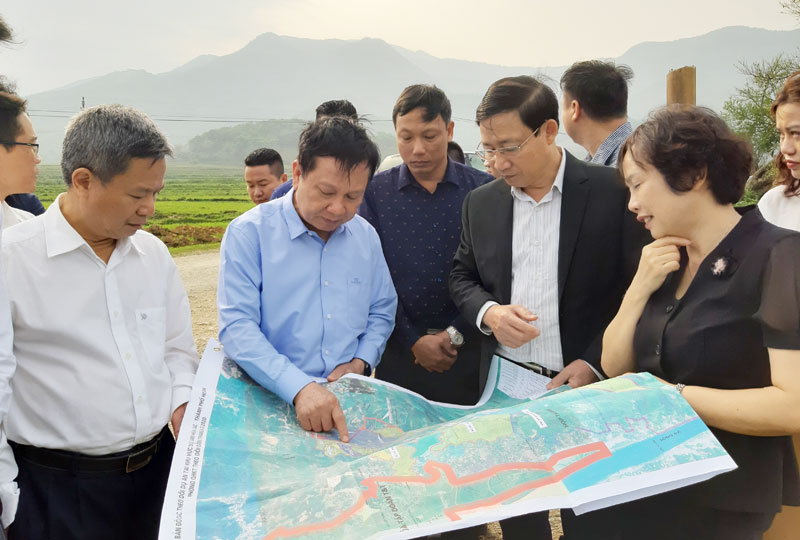 During the inspection trip, Tinh underlined that the industrial clusters and zone are located in strategic areas and play a key role in the province’s plan for industrial development and investment attraction for socio-economic growth, especially as the Hoa Lac-Hoa Binh route has been put into operation.

Local departments, sectors and Hoa Binh city’s authorities need to bolster collaboration to remove bottlenecks and assist investors in speeding up progress of the projects as pledged.

The investor of Yen Quang industrial zone was asked to complete land clearance and administrative procedures by June, towards attracting secondary investors within the year.

Regarding the Tien Tien industrial cluster, the investor was required to quickly complete procedures to carry out investment plan. Meanwhile, Trung Muong has been lagging behind schedule, if the situation continues, authorities will consider asking the provincial People’s Committee to revoke the project./.