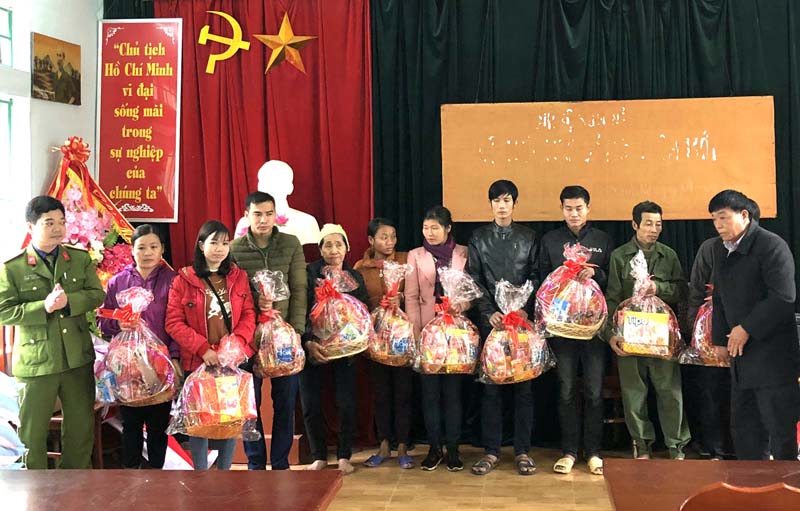 Accordingly, many local roads have been concreted, social security works have been constructed, and blankets and clothes have been presented to residents in disadvantaged areas.
Notably, the economic and drug crime investigation police office has not only well performed its task of fighting and suppressing criminals but also made outstanding charitable activities.
Head of the office Captain Nguyen Trong Duc said in 2019, officers of the unit raised funds to finance volunteer campaigns launched by the district police’s youth union.
The unit donated about 100 million VND to fund the construction of two floating stages in Phu Vinh and Lo Son communes. With its voluntary programme named "green march”, the unit helped build hygienic latrines at a total cost of over 50 million VND for 28 households in Nhan My commune.
On the occasion of the Lunar New Year festival 2020, the unit presented 30 gifts, each worth 500,000 VND, to households with difficult circumstances in Suoi Hoa commune.
That is the first activity of the unit in the year. It has scheduled its activities in 2020, including a charitable programme to present blankets to poor households later this year.
Apart from actively joining charitable movements for the community, the unit has continuously implemented measures to effectively combat drug-related crimes and social evils./.