Continuing to impart the essential contents and the great value of Marxism-Leninism and Ho Chi Minh Thought to the entire Party, all people and the army toward making Marxism-Leninism and Ho Chi Minh’s ideology, ethics and working style the firm spiritual foundation of social life; develop the Vietnamese culture and people in order to meet the requirements for achieving sustainable national development and firmly defending the fatherland. 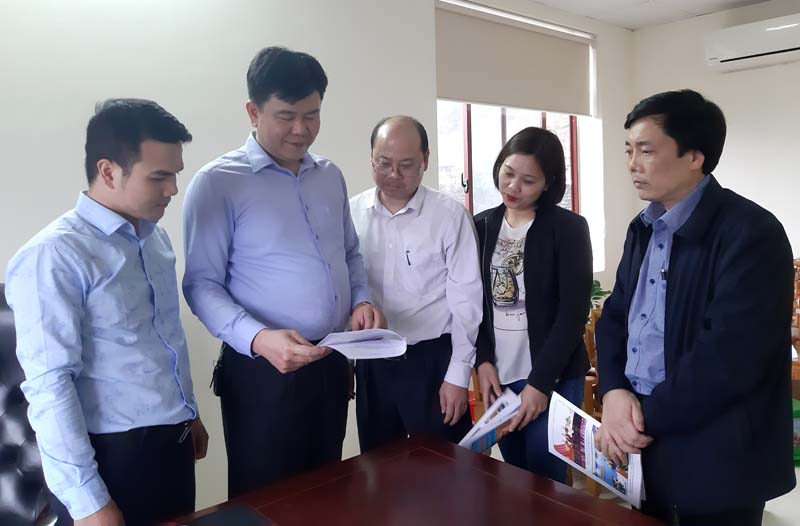 The provincial Party Committee’s Commission for Education and Popularisation launches a plan on communication activities to safeguard the Party’s ideological foundation.

Closely following the directions and guidance in directives, resolutions of the Party Central Committee, the Politburo (12th term) on the prevention and fight against the "peaceful evolution” plots and schemes of hostile forces in the field of ideology and theory; combining this work with the implementation of the 12th Party Central Committee’s resolution on enhancing Party building and rectification towards making the prevention and fight against "peaceful evolution”, political-ethical-lifestyle degradation and "self-evolution, self-transformation” inside the Party a routine work with high effectiveness.

Proactively monitoring the situation in order to early detect and defeat schemes and plots of hostile forces or political opportunists. Bringing into full play the role of Party committees, Party organisations, holders of top positions, the Steering Committee 35, agencies at all levels, officials and Party members. The mass media should play the core role in exposing the evil nature, plots and schemes of hostile and reactionary forces and contribute to orienting social opinions.

Party committees and administrations at all levels must actively provide information to and hold more dialogues with the people, proactively engage in social affairs, maintain effective coordination with functional agencies, make good use of the mass media in the fight against hostile and wrong viewpoints.

Regularly organising talks, discussions and experience sharing events among functional agencies and core specialized forces in the fight against wrong and hostile viewpoints through internet and social media. It is necessary to engage the intellectuals, scholars and progressive people in the world in the work.

Making good preparations and organization of Party congresses at all levels towards the 13thNational Party Congress. Efforts should be channeled into promptly addressing limitations, shortcomings and weakness, and settling prolonged problems that caused public concern, thus strengthening people’s trust in the Party, contributing to the success of all-level Party congresses and the 13th National Party Congress.

According to incomplete statistics, internet users in Hoa Binh are running more than 50,000 accounts on social media, mostly in Facebook, Zalo, and YouTube, of which over 17,000 accounts are of Government officials and public employees. Some accounts on Facebook, Zalo, and YouTube have published negative information in the form of text, images, video clips or sharing. Functional agencies have so far discovered and punished five persons for publishing untrue information on the COVID-19 epidemic on their personal Facebook accounts, of whom three were given administrative fines./.