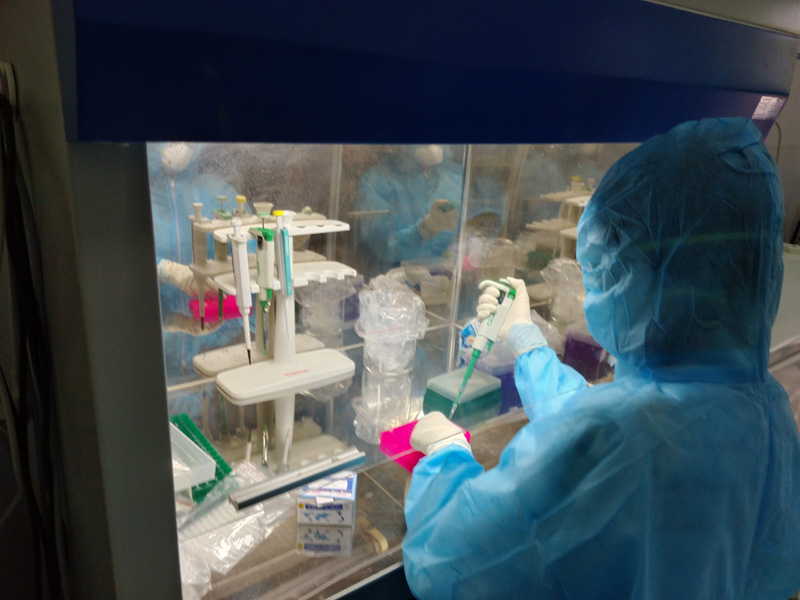 Staff members of the CDC perform tests on samples of suspected Covid-19 cases.

At present, the CDC is focusing on testing more than 700 samples of patients who have received checkups and treatment at Bach Mai Hospital in Hanoi and their family members who accompanied them to the hospital.

After that, the centre will test samples of those who are quarantined at designated facilities in the province and districts.

The investment in the testing machines has helped cut the time for sorting suspected Covid-19 cases, hence preventing transmission in community./.