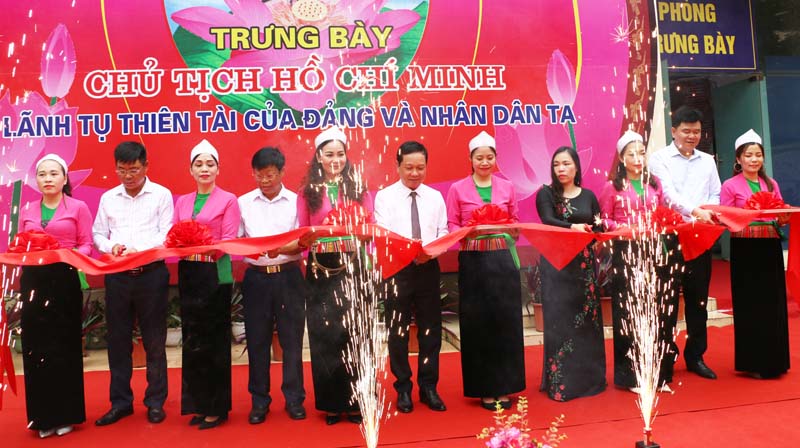 Bui Van Tinh, member of the Party Central Committee and Secretary of the provincial Party Committee, and leaders of the local departments and sectors cut the ribbon to open the exhibition room.

The exhibition space, located in the Hoa Binh provincial Museum, displays more than 200 items that introduce the late President’s life and glorious career as well as honour his great contributions to the country’s revolutionary cause as well as the international communist movement.

Among the items are images capturing President Ho Chi Minh’s four trips to Hoa Binh province. The first was on February 21, 1947 when he visited the Chi Ne plantation in Lac Thuy district. The second time, on October 19, 1958, he came to the local school of collectivization in Ben Ngoc, Ky Son district and talked with local officials, soldiers and people, and then called at the Chi Hoa production group in Lam Son commune of Luong Son district. The third trip took place on August 17, 1962 with the President’s visit to the local school of young communist workers in Yen Mong commune, Hoa Binh city. On September 19, 1964, he came back for the fourth time, paying a working visit to the Party Committee of Kim Boi district.

The exhibited documents and artifacts demonstrate the President’s affection for and attention to the provincial Party committee, government and ethnic people and vice versa. They also provide materials for the study of Hoa Binh’s revolutionary history, stimulate a pride among the younger generations, and educate them about the locality’s revolutionary tradition.