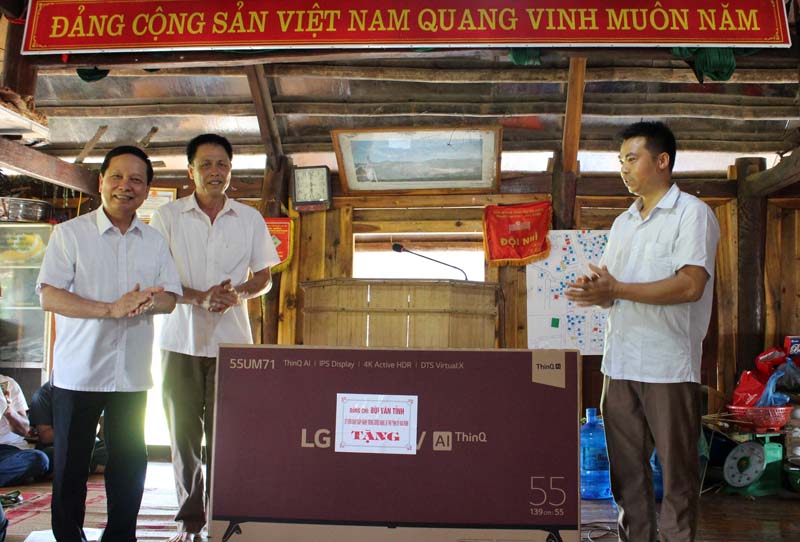 On behalf of the delegation, Bui Van Tinh, member of the Party Central Committee and Secretary of the provincial Party Committee, presents gifts to authorities and people in Vo Do hamlet.

The annual tradition of organizing the Independence Day festival on the occasion of the August Revolution (August 19) and National Day (September 2) dates back for a long time. On September 2 in 1945, joining people nationwide to enter a new era of independence and freedom and celebrating the success of the local revolutionary uprising, the administration and people in Lac Son held their first Independence Day festival. Since then, the festival has spread and become a local tradition in the district.

Concluding the meeting, Tinh took note of the proposal and affirmed that the standing board of the provincial Party Committee encourages localities to converse and promote their traditional cultural values as a firm foundation for the development of the entire province.

He affirmed that Lac Son’s Independence Day festival tradition ought to be preserved and promoted to attract tourists and spread to neighbouring areas.

To do so, the official advised Lac Son authorities to effectively enhance its coordination with related departments, sectors, and organisations to seek way to turn the festival into a special and unique cultural and tourism product.

Tinh presented gifts to authorities and people in Vo Do hamlet.