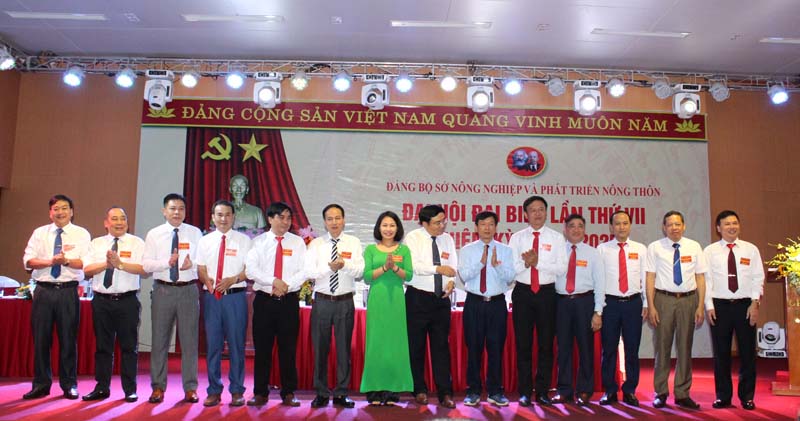 The executive committee of the seventh Party organisation of Hoa Binh’s Department of Agriculture and Rural Development makes debut.

In the 2015-20, the Party organisation of the department basically fulfilled its political tasks after various challenges. Accordingly, it met four out of the six targets stated in the sixth congress.

Product value harvested on each ha of farm land hit 128.4 million VND per year, 2.4 percent higher than the target. The number of communes meeting the 19 criteria of the building of new-style rural areas is on the rise, hitting 40.6 percent in 2020, or 1.5 percent higher than assigned task.

The proportion of rural residents having access to clean water has also increased over the years, surpassing the plan for this year by 0.2 percent and reaching 95.2 percent. Forest coverage has been maintained above the target of 50 percent, standing at 51.5 percent in 2020.

Shortcomings in the works in the previous tenure were also pointed out at the event. Participants also agreed on solutions to remove bottlenecks in a bid to meet the targets of the 2020-25 term, especially the remaining two.

By 2020, the growth rate of the agro-fishery-forestry sector has been only at 96 percent while the sector’s economic structure in the year reached 93.1 percent.

The executive committee of the seventh Party organisation of Hoa Binh’s Department of Agriculture and Rural Development and a delegation to the congress of the Party Committee of provincial agencies were elected at the event./.