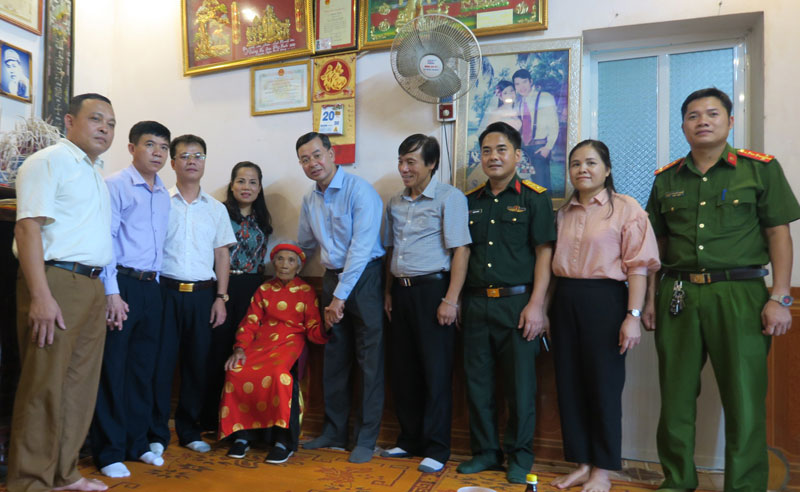 Mother Cho, born in 1926, has two sons, Nguyen Van Than and Nguyen Van Sac, killed while serving in the army during wartime. Than died in 1972 and Sac in 1971, both in the Southern battleground. Currently, Cho is living with her fifth son Nguyen Hung Ngat.

The leader expressed his gratitude toward heroic Vietnamese mothers for giving birth and raising brave soldiers who sacrificed their lives for the nation’s independence. He wished Cho good health and a long life.

On the occasion, representatives of other agencies and sectors also presented their gifts to her./.