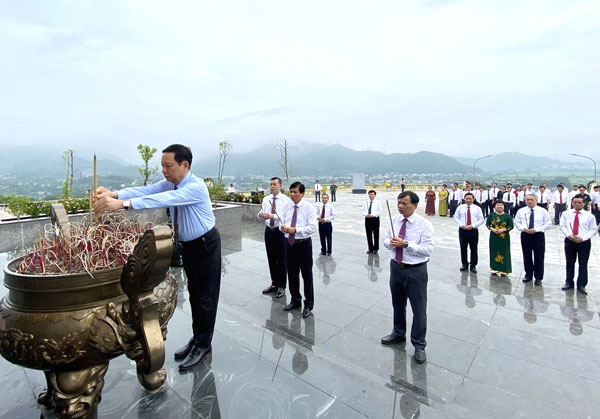 The provincial leaders offer incense at the cemetery.

The delegation solemnly laid a wreath tied with a long ribbon that wrote "Forever remember the sacrifice of heroic martyrs” and spent a minute to silently commemorate the soldiers, who laid down their lives for the nation’s independence. They also offered incense at the martyrs’ monument and graves to show their respect./.