(HBO) - After three days of working in a democratic, disciplined and responsible manner from August 3-5, the 26th Party Congress of Luong Son district for the 2020-2025 tenure has been a success. 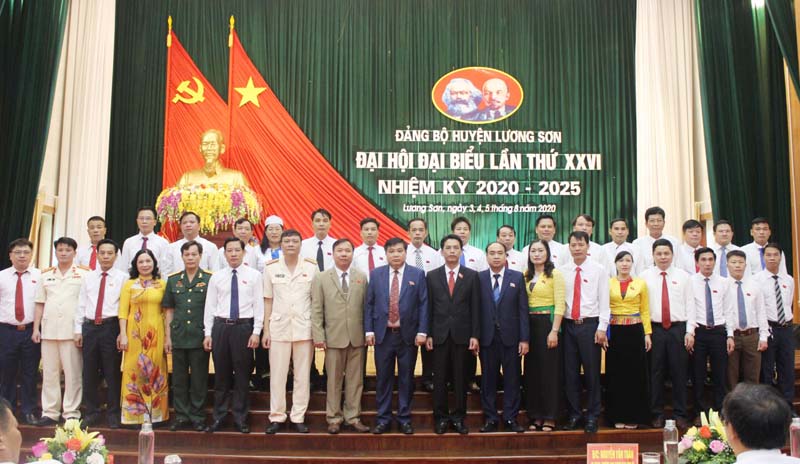 The 26th Party Congress elected 35 people to the executive board of the district Party Organisation.

During the 2015-2020 tenure, the district Party Organisation met and surpassed 15 out of 18 targets set in the Resolution of its 25th Party Congress. The local economy grew highly. Economic structure shifted to the right direction. The socio-economic infrastructure were upgraded, rural areas had a new face-lift while local lives improved, gradually achieving the goal of becoming an economic locomotive of the province. In particular, Luong Son district was recognised by the Prime Minister as a new-style rural area in 2019. Luong Son township and its expanded area met criteria for urban areas, fourth grade by the Construction Ministry, one year ahead of schedule compared to the provincial Party Committee’s resolution.

During the 2020-2025 tenure, the district Party Organisation set the inclusive goal of effectively mobilising and using resources, promoting the comprehensive and sustainable development of the district. By 2025, its average income per capita is expected to reach 83 million VND, revenue to the State budget will hit 1 trillion VND, urbanisation 60 percent. Luong Son district and its expanded area will basically meet criteria for county town.