Also attending the working delegation are leading officials from the provincial Party Committee Office, the provincial Association of the Elderly, the provincial Department of Labour, Invalids and Social Affairs, and People’s Committees of Hoa Binh city and Phuong Lam ward. 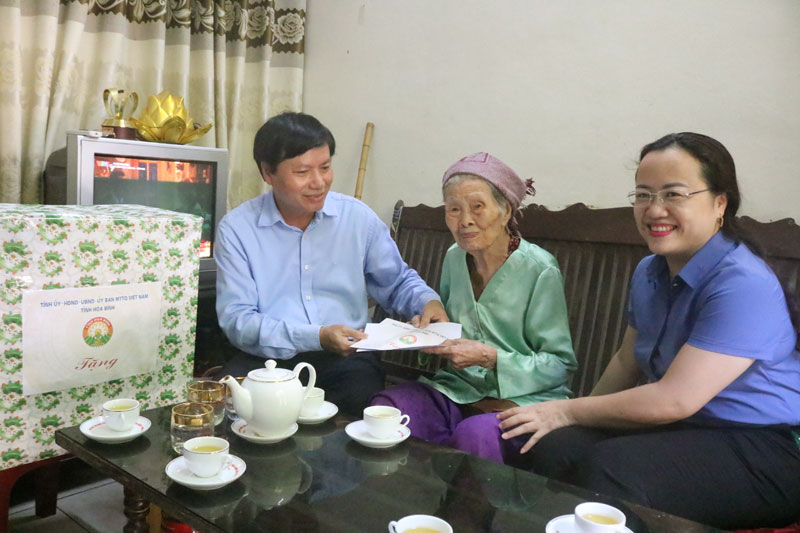 Le Thi Tam, born in 1923, was among more than 30 members of the province’s first military training class held in February 1945 at Giang Xeo revolutionary base in the Hien Luong-Tu Ly military region (Da Bac). Tam and Dang Huu Tin, also born in 1923, are veteran revolutionaries who made important contributions to the building and development of revolutionary movements in Hoa Binh province.

On behalf of provincial leaders, Ninh wished vereran revolutionaries good health and happiness, and hoped that they will continue promoting the tradition and educate their descendants to obey the Party’s policies and the State’s laws and contribute more to the locality.

He expressed his profound gratitude for veteran revolutionaries’ contributions to the nation building and safeguarding cause. He also asked departments and sectors to continue ensuring social welfare for them.

On this occasion, the working delegation granted gifts to Le Thi Tam and Dang Huu Tin./.