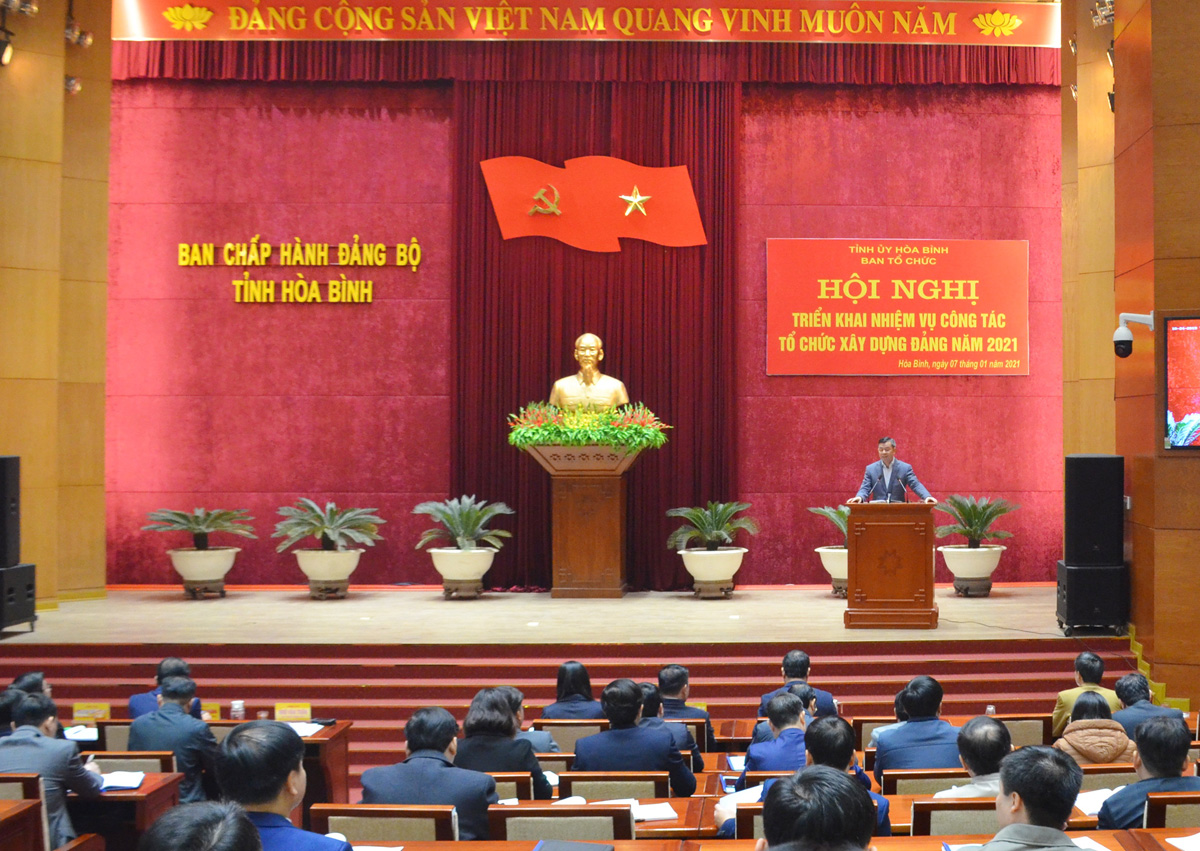 (HBO) - The Commissionfor Internal Affairs of the Hoa Binh provincial Party Committee on January 12 held a conference to review the commission’s performance in 2020 and set tasks and orientations for 2021.

Last year, the commission gave advices to and support the Standing Board of the provincial Party Committee in leading and directing the synchronous and comprehensive implementation of the Party's policies and the State's laws on internal affairs, corruption combat and judicial reform.
Accordingly, many solutions have been deployed to promote the strength of the political system in maintaining political security and social safety and order, quickly solving arising complicated problems, and handling serious and complicated cases promptly in line with law.

The judicial reform has continued to be promoted, while the crime and law violation prevention as well as investigation, prosecution and adjudication have complied with legal regulations.

The internal political protection was given special attention, contributing to absolutely safeguarding key targets and works, important political events, especially the Party congresses at all levels, and the provincial 17thParty Congress for the2020-2025 tenure.

Deputy head of the Commissionfor Internal Affairs of the Party Central Committee Nguyen Thai Hoc, and Vice Secretary of the provincial Party Committee and Chairman of the provincial People’s Council Bui Duc Hinh highly valued achievements made by the sector in the year.

They suggested the sector continue to advise the Standing Board of the provincial Party Committee to effectively implement the Party's guidelines, the State policies and laws, and the province’s policies on internal affairs, corruption prevention and judicial reform, and the resolution of the provincial 17th Party Congress.

They also underlined the need for the sector to work with others to ensure political security and social order and safety, thus absolutely safeguarding key targets and works, important political and socio-economic events, especially during the Lunar New Year (Tet) festival 2021; the 13thNational Party Congress, theelectionsof deputies to the15th National Assemblyandall-level People's Councilsfor the 2021-2026 tenure.

The sector is also required to assist the Standing Board of the provincial Party Committee in leading the handling of corruption and economic cases of public concern in accordance with the direction of the Party General Secretary and State President, who is also head of the Central Steering CommitteeforAnti-Corruption.

The officials said the sector needs to give heed to speeding up the handling of prosecuted corruption and economic cases, improving efficiency of recovery of corrupt assets, and working to handle and prevent officials and civil servants from causing troubles for people and enterprises, as well as reviewing and proposing measures to overcome gaps and loopholes in mechanisms, policies and laws, thus effectively preventing corruption.

The inspection, examination and supervision should be strengthened in a number of "sensitive" areas and those prone to negative phenomena and corruption, they said.

The officials also underlined the importance of the citizen reception and settlement oftheir petitionsandcomplaints. The sector should effectively implement the Resolution of the 12thParty Central Committee’s 4th plenum in connection with Directive No. 05-CT/TW of the Politburo on building a contingent of internal affairs officials with integrity, mettle, and high qualifications and professional expertise./.