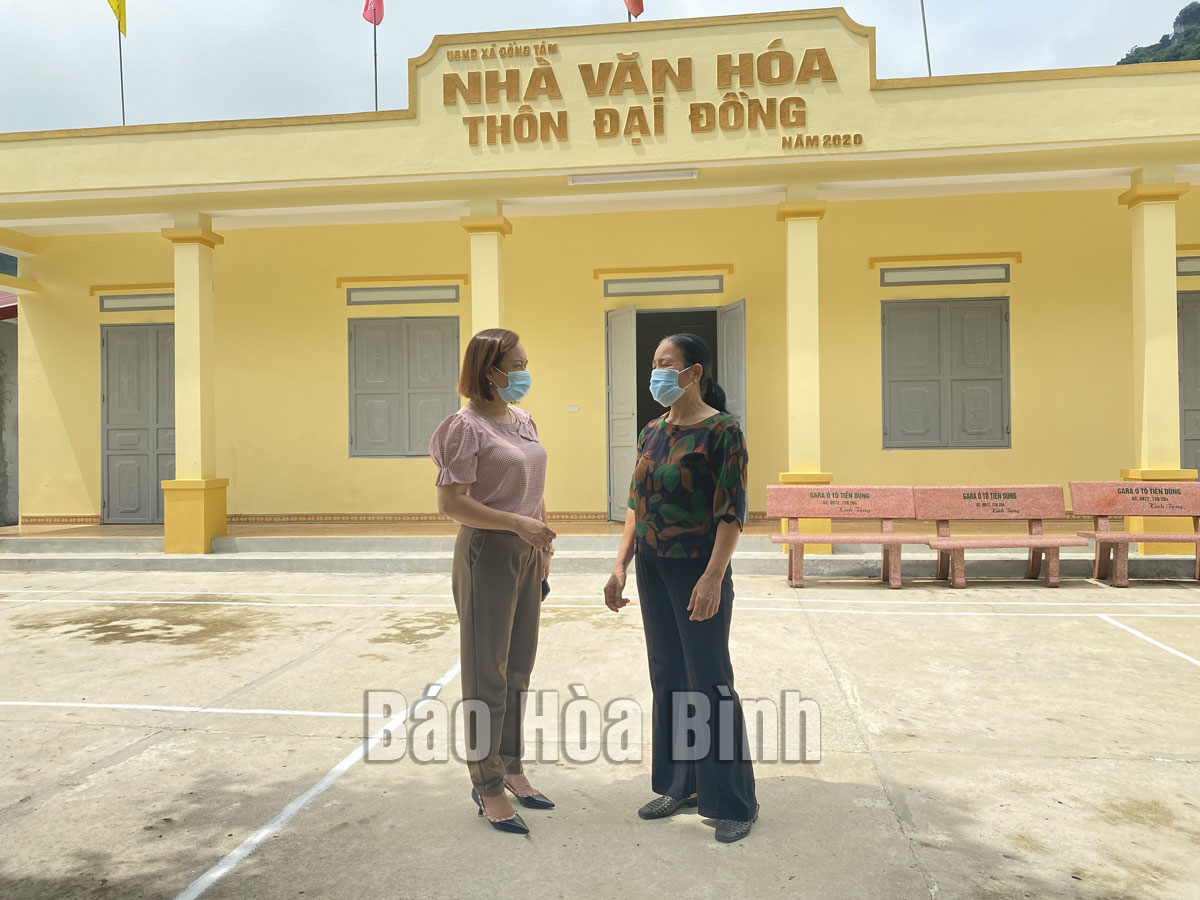 In November 2015, Dong Tam commune met all new-style rural area building criteria. In order to become a commune that meets the province's advanced new-style rural standards in the 2018 – 2020 period, Party cells of the commune’s Party Committee have registered many jobs to study and follow Uncle Ho, thereby making contributions to the process of advancing the criteria in the locality. In the past five years, local residents in the commune have donated 16,300sq.m of land worth 3.1 billion VND; donated property on land worth 265 million VND; contributed 40,000 workdays worth 4 billion VND to build traffic and irrigation facilities, cultural houses and sports areas, contributing to the implementation of advanced new-style rural area building criteria.

Practicing thrift following Uncle Ho's example in association with the movement to help poor students overcome difficulties, since 2016, 78 collectives and individuals in the commune have sponsored 75 students, with a total amount of 242.7 million VND. Implementing the "Accompanying children to school" movement of the commune's Military Command, from the 2016-2017 academic year to the 2019-2020 academic year, 41 collectives donated 87 bicycles worth 149 million VND to poor students. In the 2020-2021 school year, the Fatherland Front, unions, Party cells, units and businesses presented gifts to and supported children living in difficult circumstances, with a total amount of nearly 190 million VND.