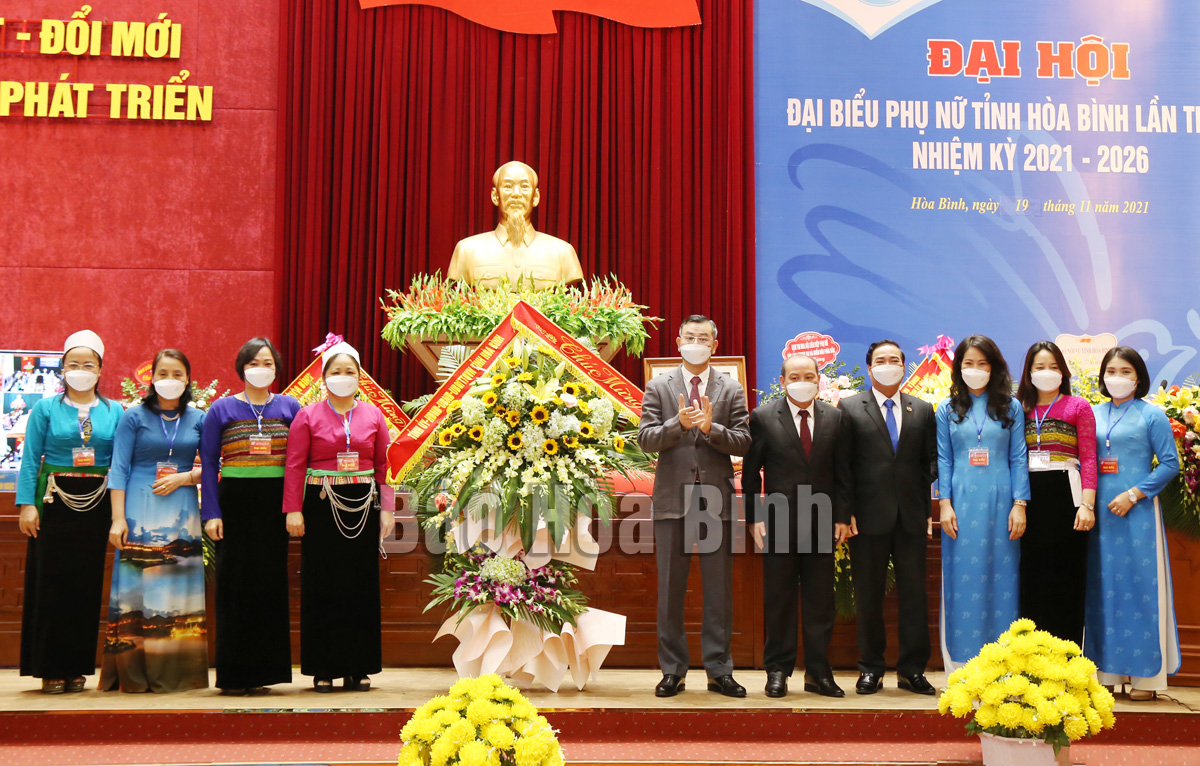 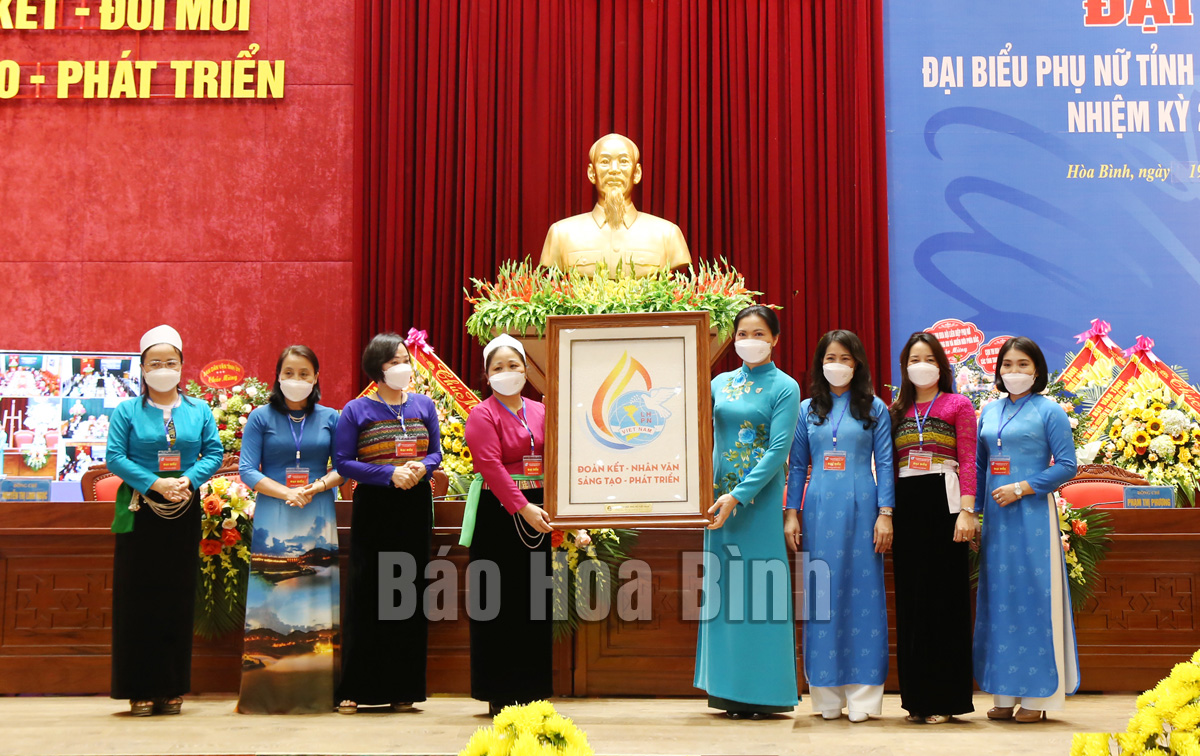 Ha Thi Nga, member of the Party Central Committee and VWU President, presents flowers and a rice painting of the official logo of the 13th National Women’s Congress to the provincial event.
In the 2021 - 2026 tenure, the Women’s Union of Hoa Binh province will keep upholding traditions and solidarity, promoting local women’s activeness, and developing the union so as to raise women’s stature and bring into play their potential and creativity in all social aspects, thus contributing to local development.
The congress identified three groups of major tasks, four groups of solutions, and two breakthroughs for the new tenure. In addition, women’s unions will continue joining hands in COVD-19 prevention control, helping women to develop livelihoods and overcome difficulties caused by the pandemic’s impacts, and paying more attention to vulnerable women. 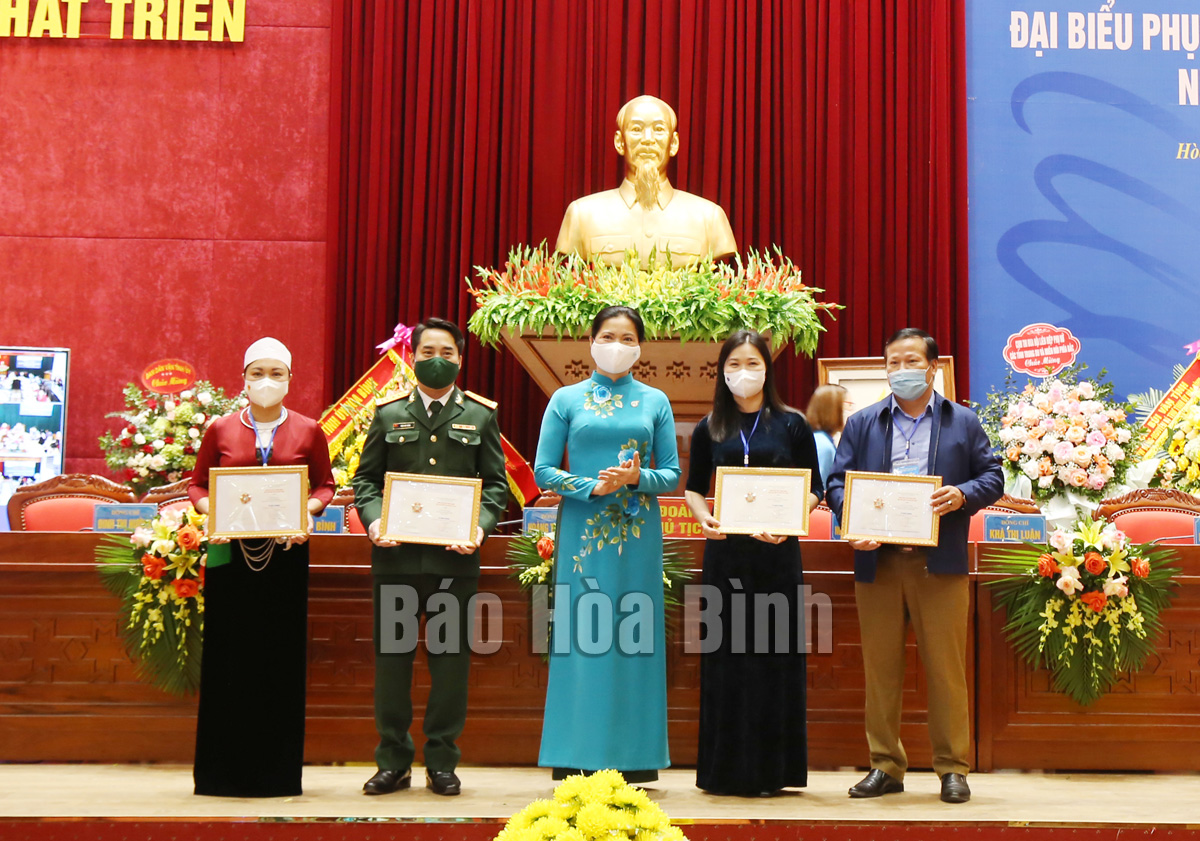 Ha Thi Nga, member of the Party Central Committee and VWU President, presents the "For the development of Vietnamese women” insignia to exemplary persons.
Addressing the congress, VWU President Ha Thi Nga and Secretary of the provincial Party Committee Ngo Van Tuan applauded the role of the provincial Women’s Union and the achievements by its member unions and organisations.
They stressed that there will be numerous difficulties and challenges in the new tenure, especially amid complex developments of the COVID-19 pandemic, which requires all-level unions to unceasingly make innovation, reform their working methodology, and study so as to meet requirements in the new period.
The congress elected 30 persons to the provincial Women’s Union Committee in the 17th tenure and nine to its Standing Board. Eleven official delegates and two alternate ones were also selected to represent the province at the coming 13th National Women’s Congress for the 2022 - 2027 tenure.
Hoang Thi Duyen was re-elected President of the provincial Women’s Union in the 2021 - 2026 tenure. Nguyen Thi Thanh Van, Ha Thi Binh, Kha Thi Luan also continued to be entrusted with the Vice Presidency of the union. 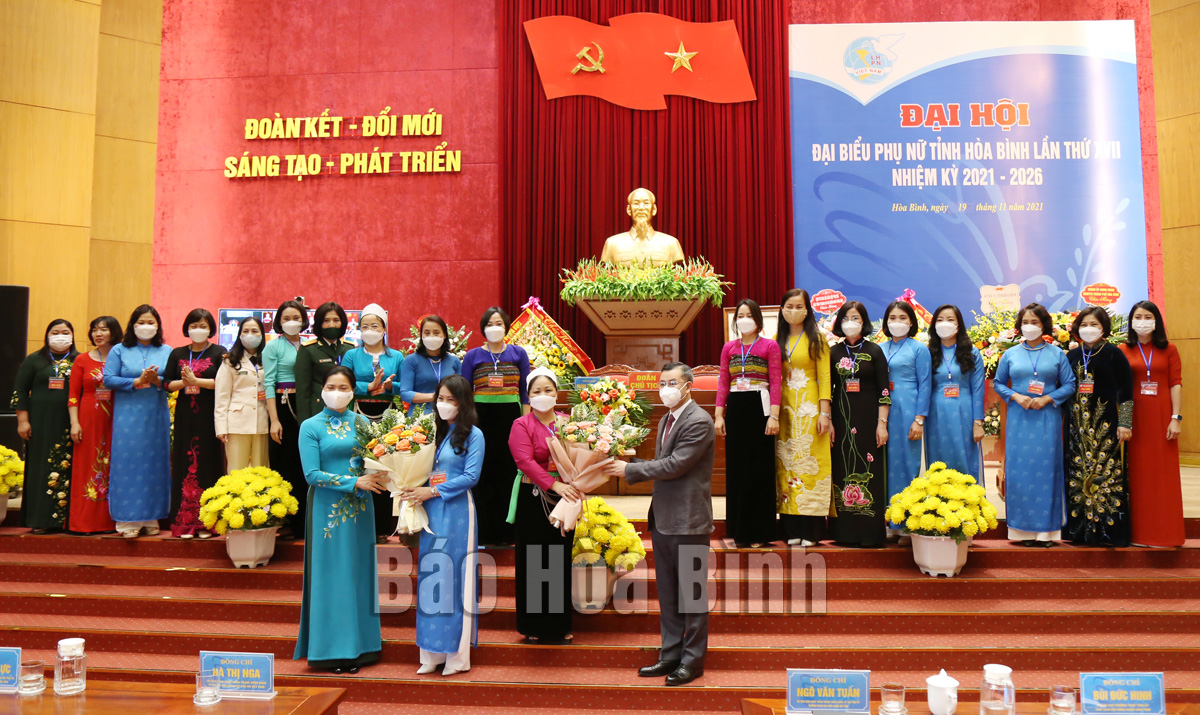 VWU President Ha Thi Nga and Secretary of the provincial Party Committee Ngo Van Tuan present flowers to congratulate the provincial Women’s Union Committee in the 17th tenure.
On this occasion, leaders of the VWU Central Committee presented the congress with flowers and a rice painting of the official logo of the 13th National Women’s Congress./.