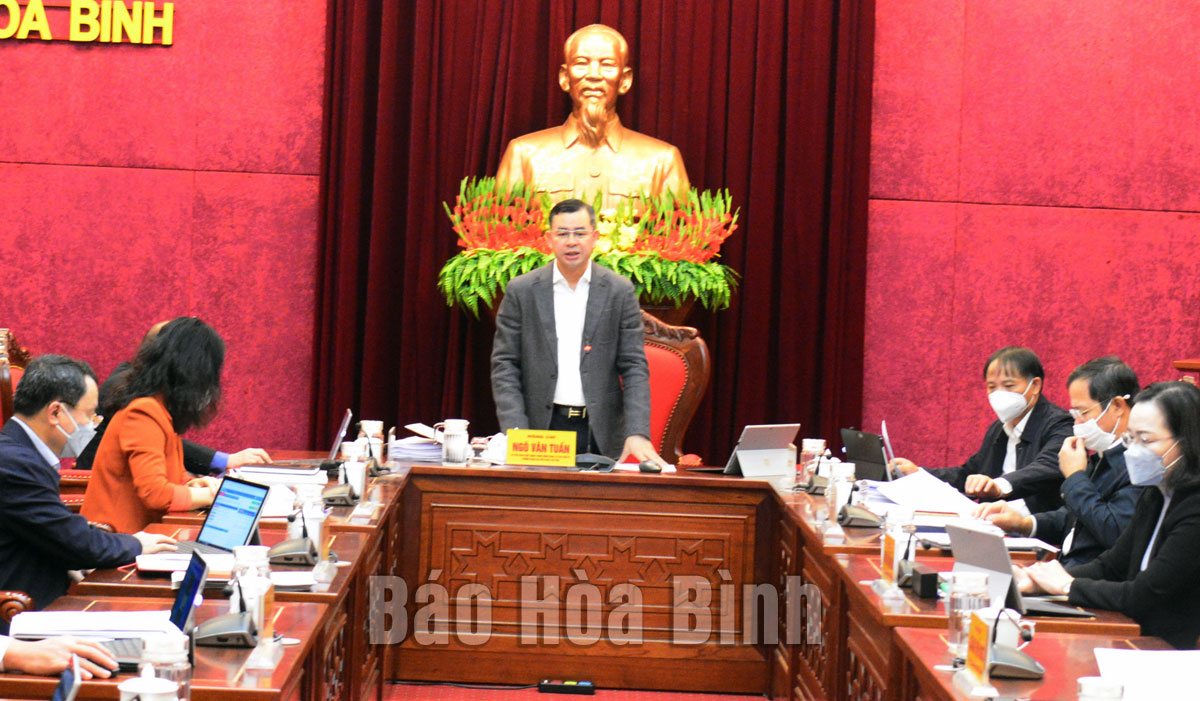 The meeting included discussions and directions for the statement of the Provincial People’s Committee’s Party Civil Affairs Committee, the draft reports and conclusions by PPSC on initial reviews after 5 years of implementing the Resolution No. 11-NQ/TU dated December 30, 2016 on intensifying local pollution control and environmental protection toward 2020 and vision toward 2025 (Res.11). Accordingly, Res.11 has resulted in remarkable changes in province-wide environmental protection; state management strengthened; polluting sources and polluted areas controlled… Discussions focused on analyzing, elaborating the achievements and highlighting the shortcomings, especially the urgent issues of great concernto the people, like rural and agricultural pollution situation, problems in implementing environmental protection regulations, as well as recommendations for future solutions.

In his closing remarks, Ngo Van Tuan reiterated the essential significance of environmental protection work in realizing the 17th Provincial Party Congress Resolution that emphasized on greener, rapid, sustainable growth, adopting the consistent guideline of avoiding to pursue economic growth at expense of the environment. Upholding that spirit, more work should be performed in checking, evaluating, analyzing the causes of successes and failures, learning from experience, recommending the specific solutions in compliance with practical conditions and viability prospects.