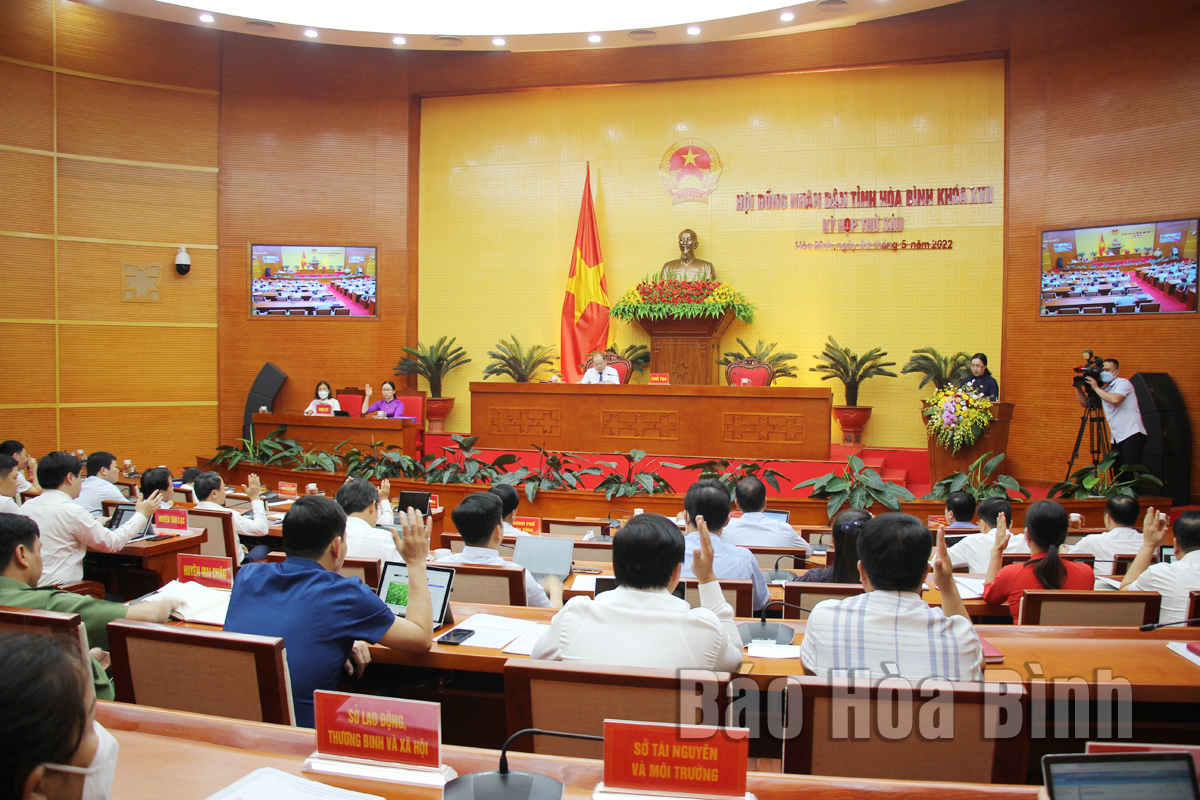 Delegates vote to approve the draft resolutions submitted at the meeting.

Speaking at the session, Chairman of the Provincial People's Council, Bui Duc Hinh affirmed in the first months of 2022, the province will continue to synchronously deploy solutions on "safe adaptation, flexibility, and effective control Covid-19 epidemic”.

Covi-19 situation in the province has been put under control with the number of cases has decreased sharply, helping the province to focus on recovery and socio-economic development.

Focusing on giving opinions on project documents; legal basis, necessity and urgency of each project; the suitability of the project to the province's socio-economic development strategy and plan in the current period. Thereby, creating a high consensus for the Provincial People’s Council to make right decisions, meeting requirements, needs of voters and people of ethnic groups in the province.