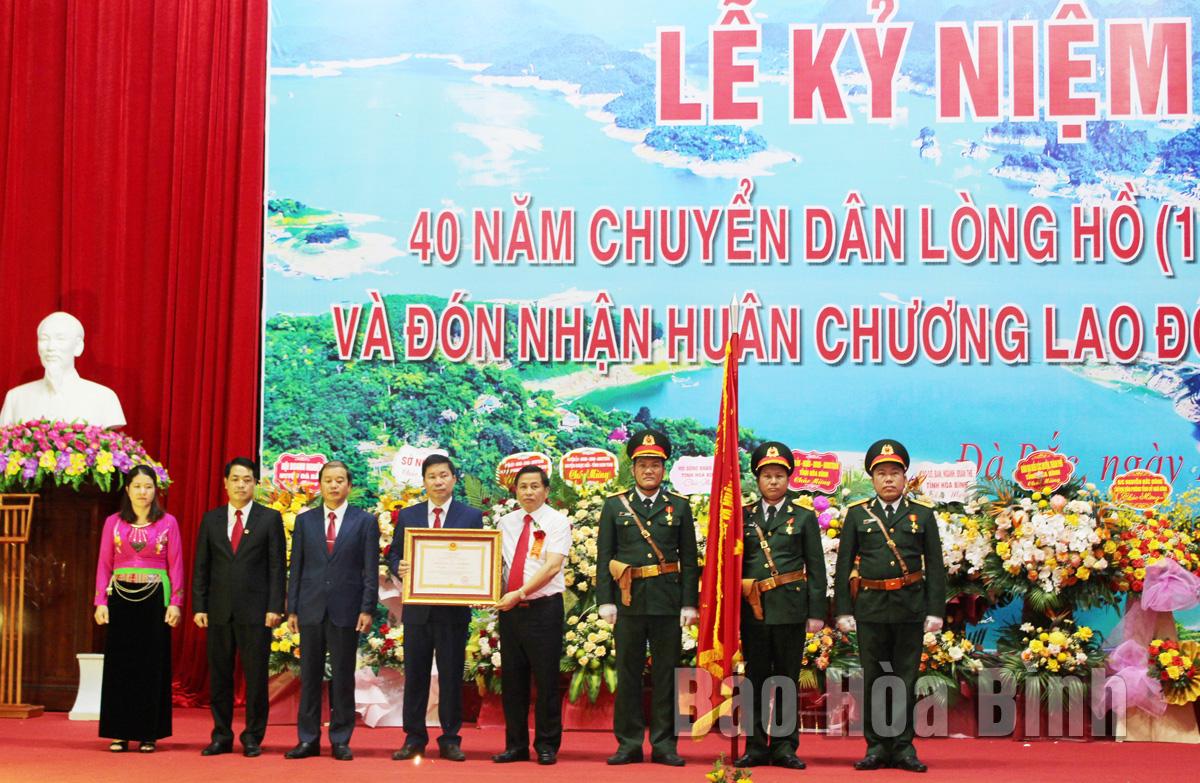 On behalf of the State President, Dinh Cong Su, Vice Chairman of the provincial People’s Committee, presents a third-class Labour Order to the Da Bac Party Organisation, administration and people.

The entire district has four communes meeting the new-style rural area standards and six products were rated as 3-4 stars under the One Commune One Product programme.

The district has also focused on investing in education, with 25/47 local schools meeting national standards. Its grassroots medical network has been upgraded to better serve people’s demand for medical examination and treatment. Social security and safety has also been maintained.

Recognising such results, the State President conferred a third-class Labour Order upon the district's Party Organisation, administration and people on this occasion.

Addressing the event, Su lauded Da Bac’s efforts and achievements and recommended the district promote solidarity and capitalise on new development opportunities for further growth in a rapid and sustainable manner.

On the occasion, the Da Bac People’s Committee also presented awards to winners of a quiz on the 40th anniversary./.

(HBO) – Whenever possible, the two Lao women adopted by Luong Son Toan, a resident in Chieng Sai hamlet of Mai Chau township (Mai Chau district), amid numerous hardships in the past return to Mai Chau to visit their beloved Vietnamese family.

(HBO) - In the morning of August 31, on the occasion of the 77th anniversary of the August Revolution and the National Independence Day of September 2 (1945-2022), the delegation of the provincial leaders laid the wreaths, offering incense at Uncle Ho's Monument and visited the Martyrs Cemetery of Hoa Binh Campaign.

(HBO) - On the occasion of the 77th National Day of the Socialist Republic of Vietnam (September 2, 1945 - September 2, 2022), in the afternoon of August 30, Mr. Nguyen Phi Long, the alternate member of the Central Committee of the Party, the Secretary of the Provincial Party Committee visited and presented gifts to the officials and the people of Muong Khoi Revolutionary War Zone in An Nghia and Tan My communes (Lac Son). There were also the leaders of the Provincial Military Headquaters, the Provincial Youth Union, Department of Labor, War Invalids and Social Affairs, the District’s Party Committee, the People's Committee of Lac Son district accompanying.