The High Command of Region 5 of the Vietnam People’s Navy and naval bases of the Royal Cambodian Navy held their 24th meeting on joint patrol work in Phu Quoc island district, the southern province of Kien Giang, on December 4. 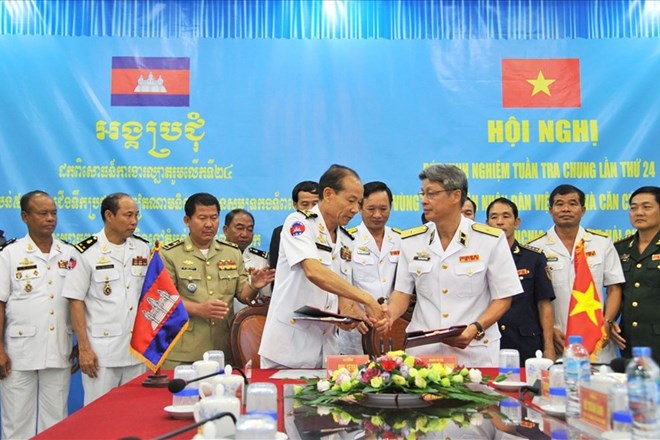 Naval officers of Vietnam and Cambodia sign a document on coordination in joint patrols in 2018 (Photo: laodong.vn)

The meeting aimed to review the outcomes of the 47th and 48th joint patrols and discuss security and order in the waters of the two countries.

Participants looked into the partnering of Naval Region 5 of Vietnam with naval bases of the Royal Cambodian Navy. They also approved a plan on the 49th and 50th joint patrols and the 25th meeting on joint patrol work.