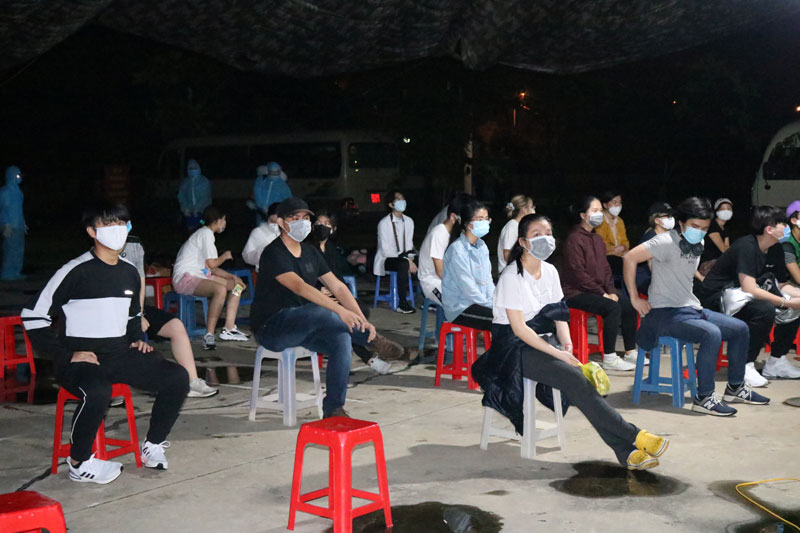 Citizens coming back from Canada have been tested negative with SARS-CoV-2 for the first time.

Right after welcoming them, the appropriate authorities allocated face masks, hand sanitizers and personal belongings, and gave instructions on how to prevent and fight against Covid-19. The isolated people have been screened and arranged the accommodation.

In the process of quarantine, 100% of the citizens have regular medical monitoring such as measuring the body temperature twice a day, Covid-19 testing for twice before completing the quarantine for 14 full days as prescribed. They have been given free meals at the rate of 80,000 VND a person every day. In case of a suspected SARS-CoV-2 citizen, she/ he will immediately be moved to a special isolated treatment ward at the Department of Tropical Diseases (the Provincial General Hospital) and the screening will be conducted according to regulations of the Ministry of Health.

By 18:00 on August 26, the quarantined citizens were all healthy. The elderly and the children with the background diseases are regularly monitored, consulted and taken care of by doctors.