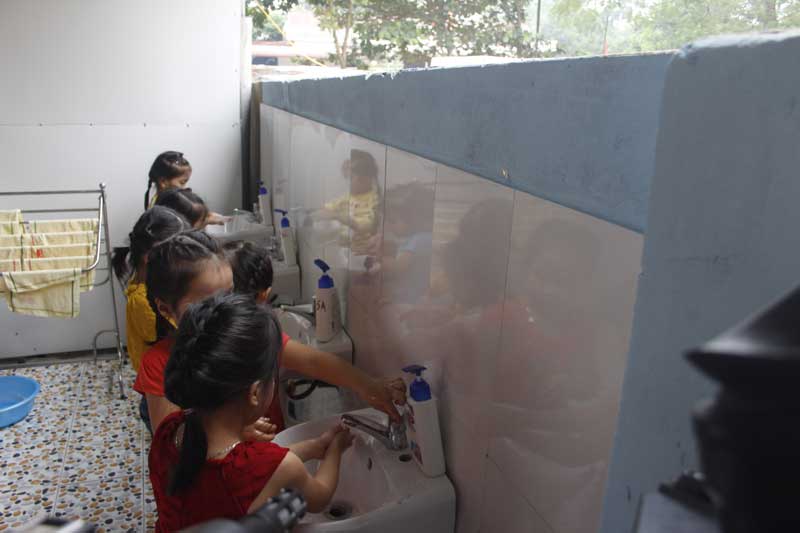 Children at a kindergarten in Lien Son commune, Luong Son district, regularly wash hands before and after meals and classes.

Various good models in environmental hygiene have been rolled out, notably one in Khao hamlet, Tan My commune, Lac Son district.

Regular washing hands with soap is one of the measures that have helped Vietnam to effectively contain the COVID-19 pandemic. Health workers in both public and private sectors, retired health workers and military doctors and nurses have been mobilised in the fight against the epidemic under the motto of "fighting the pandemic like fighting the enemy”.

The medical sector has prepared personnel and medical supplies for the timey response to wide-scale outbreaks and stayed vigilant during the combat. It has coordinated with communication agencies to promote hygiene measures like washing hands with soap and wearing face masks, along with disinfection and quarantine.

Attention has been paid to vulnerable groups, ensuring that none is left behind during the pandemic fight./.