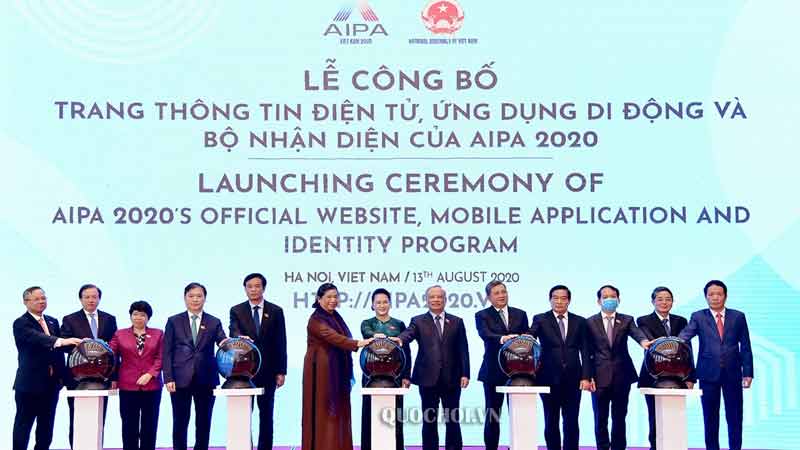 A ceremony was held in Hanoi on August 13 to launch the ASEAN Inter-Parliamentary Assembly 2020’s official website, mobile application and identity programme.

At the launching ceremony (Photo: quochoi.vn)

The website at http://aipa2020.vn and mobile application for AIPA 2020 are the official sources of information regarding the activities and events in 2020 as Vietnam assumes Chair of the AIPA as well as creates favourable conditions for registering and exchanging documents and giving online notifications fromthe organising board and national secretariat to members.

She also noted that an important mission of the Vietnamese NA in 2020 is the successful organisation of AIPA 41 and related activities, contributing to highlighting the achievements of diplomacy and parliamentary diplomacy of the country.

She urged the enhancement of communication on the AIPA Chairmanship Year and AIPA 41 General Assembly in the media and particularly in relation to press conferences.