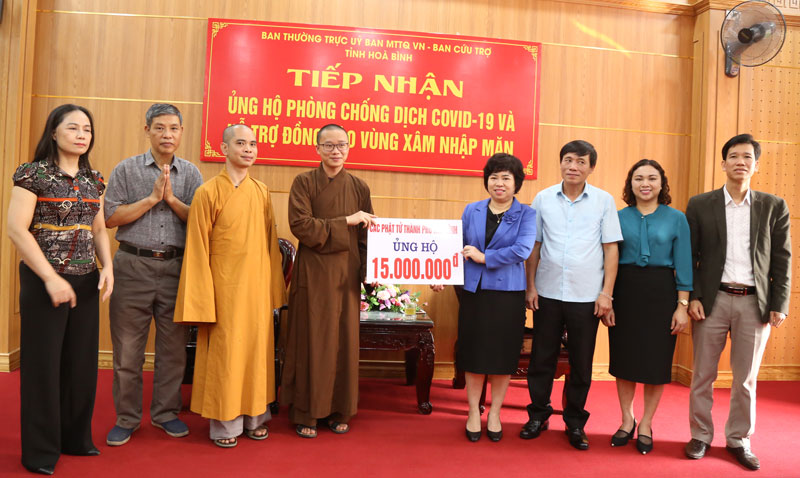 The Standing Board of the provincial Fatherland Front Committee receives funds from the Vietnam Buddhist Sangha’s provincial chapter to fight COVID-19.