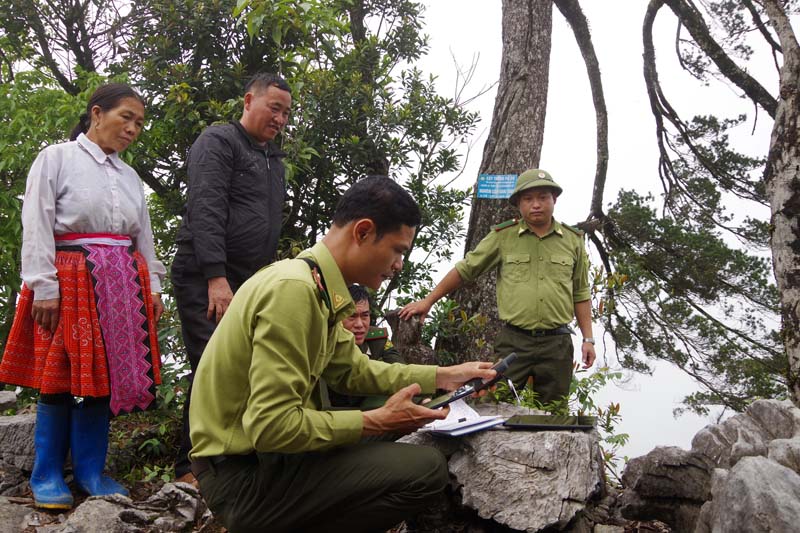 Kha A Lu and his wife join personnel of the management board of the Hang Kia – Pa Co natural reserve in checking the forest area under their protection.

Lu’s family was the first household in Hang Kia to have become the manager of a hundreds-of-hectare primitive forest located behind their house. Right after taking the mission, Lu came to each house in his hamlet to tell them not to cut down trees. He and his wife even traveled to other hamlets in Pa Co commune, including Pa Co Con, Pa Hang Con, and Pa Hang Lon, to carry out their communications work.

As a result, the entire limestone forest on top of the Pa Co mountain, which used to be exploited rampantly, has been well preserved. In addition to forest-keeping, keepers also need to make a living from the forest. After days of thinking and taking into account suggestions of the management board of the Hang Kia – Pa Co natural reserve, the couple decided to begin offering tourism services, turning the forest of rare flora and fauna into an eco-site and a trekking route.

On a monthly basis, the family welcomes hundreds of domestic and foreign arrivals. Among the visitors to the site, there were also local people who came to hear and see the couple’s story of keeping an evergreen forest right in their hometown./.