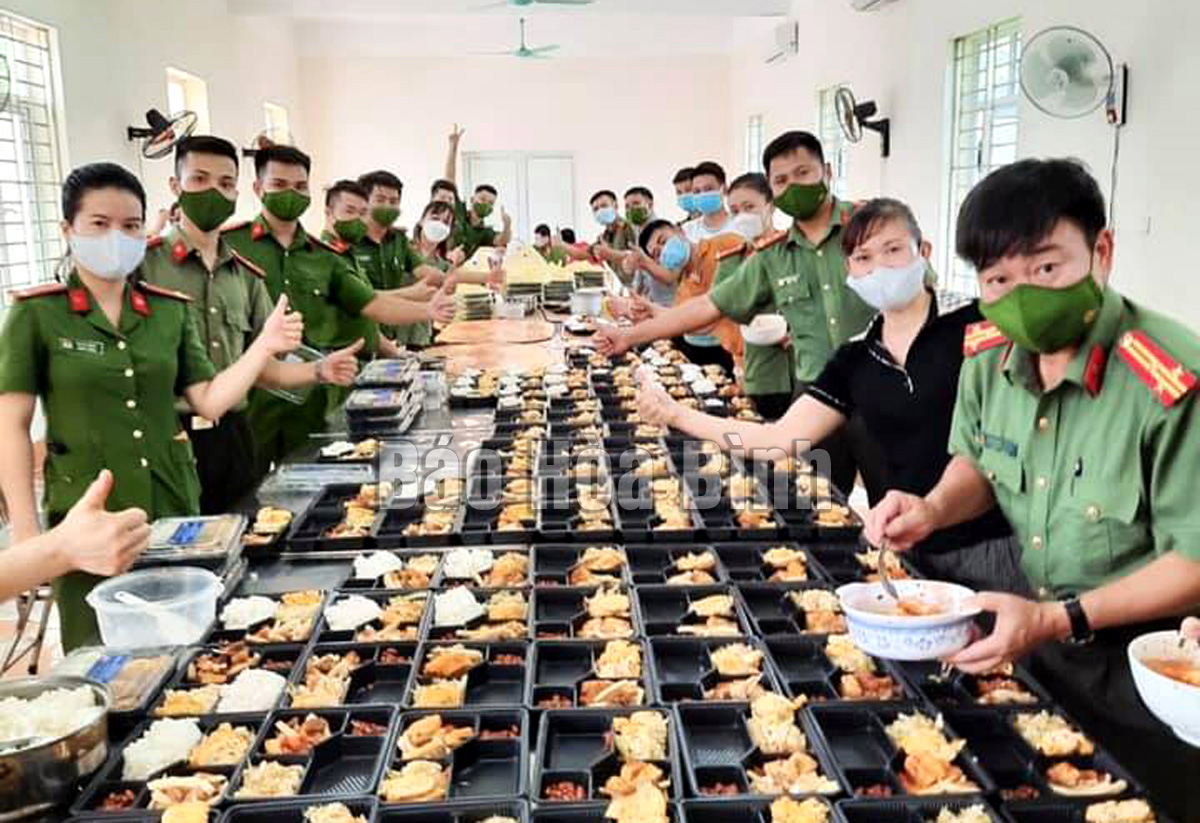 Participating in COVID-19 prevention and combat efforts, officers of Tan Lac Police delivered 250 free meals to the people and cadres on duty at medical isolating facilities.

There have been remarkable transformations in the movement to build residential neighbourhoods, communes, organizations, businesses, and schools to qualify for the title of "Safety in security and public order”. In 2021, the province authorities issued certifications for 105/129 communes, 12/12 urban wards, 8/10 townships, 348/379 agencies, 179/187 enterprises, 463/473 schools. 115/129 communes qualified for criteria of "security, public order and peace maintenance” in the National Standards Catalogue for new-style rural area building (89.1%, an increase of 5.2% higher than in 2020)./.